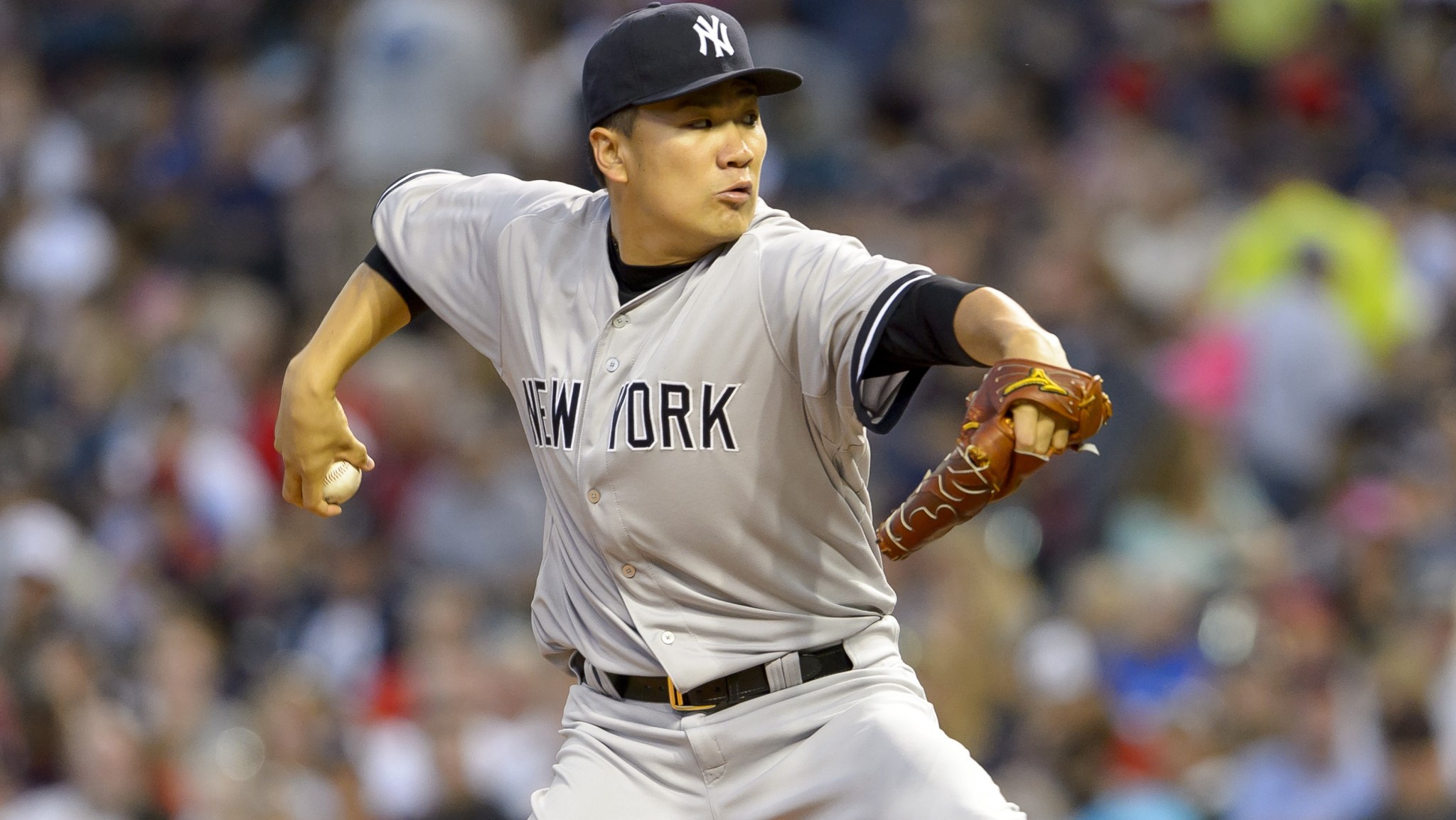 In case you were busy pitching a soap opera pilot titled Sterling v. Sterling, here are the top five stories you missed in sports on Tuesday:

In baseballing done by baseballers:

New York starter Masahiro Tanaka was not at his best for the Yankees, who fell to the Cleveland Indians 5-3. “It’s Brian McCann’s fault,” said Yankees general manager Brian Cashman in an unexpected moment of candor after the game. When asked if he wasn’t being a bit naive about his team’s problems, Cashman reiterated, “This one’s on McCann. They’re all on McCann. I’m putting it all on McCann. That way when the Purge comes around, we can get our clubhouse right again in one move.” When told The Purge was a fictional film, Cashman laughed and asked, “Now who’s being naive?”

St. Louis infielder Kolten Wong’s ninth-inning blast gave the Cardinals a 5-4 win over the Pittsburgh Pirates, their second walk-off victory in as many nights. “Sucks a lot,” said Pirates All-Star Andrew McCutchen when asked about his team’s loss. “It’s like, do they not want to hang out? They could just say something. We’ll end things earlier. They don’t have to make a big thing out of it and just leave all at once.” McCutchen then hauled out a garbage bag full of empty beer bottles and added, “It’s just kind of a dick move, is all.”

Detroit starter Justin Verlander gave up five first-inning runs before settling down as the Tigers’ offense exploded in a 14-5 win over the Los Angeles Dodgers. “Oh, man, classic prank,” said Verlander with a laugh after the game. “I was all like, ‘Uh, I suck today, wah wah wah,’ and they fell for it. The Dodgers? They just got Verlandered!”

In being rude to your hosts:

In a history-making win that saw striker Miroslav Klose become the World Cup’s all-time leading goal scorer, Germany ripped apart host nation Brazil, 7-1, in the semifinals. The match, most notable for its cringeworthy uncomfortableness, was described by British comedian Ricky Gervais as “a bit much, really. I mean, at some point you have to let your audience off the hook a little bit. But my word. That boy crying into his soda? Kudos to all involved for going for it.” Gervais then laughed uncomfortably and added, “I think I need a shower after that one. Christ.”

Utah restricted free agent Gordon Hayward has reportedly agreed in principle to a four-year offer sheet with the Charlotte Hornets that would pay the Jazz forward $63 million. I must say this offer makes sense; unlike the other top free agents on the market, ahem, a certain LBJ who can’t even master the Senate, we know without a doubt that Hayward can win the big one. It feels like just yesterday when Hayward was a Butler Bulldog, probably banking in a half-court shot to lead his team to a heroic upset of Duke in the NCAA championship. Unlike, ahem, a certain non-college-graduate LBJ who didn’t even have the ability to get us out of a quagmire in Vietnam, we know that Hayward is capable of winning when it matters. So regardless of whether Hayward winds up playing Jazz with the cool cats of Utah, or stinging the equally cool cats of Charlotte, rest assured that neither team will regret not wasting its cap space on, ahem, a certain LBJ who would need more than an assassination in Dallas to win the big one.