About Last Night: Spurs Get Burned 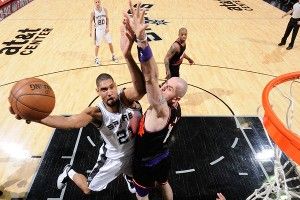 In case you were out grilling in the rain to prove to yourself you could withstand the rigors of living in ancient times, here’s what you missed in sports on Wednesday.