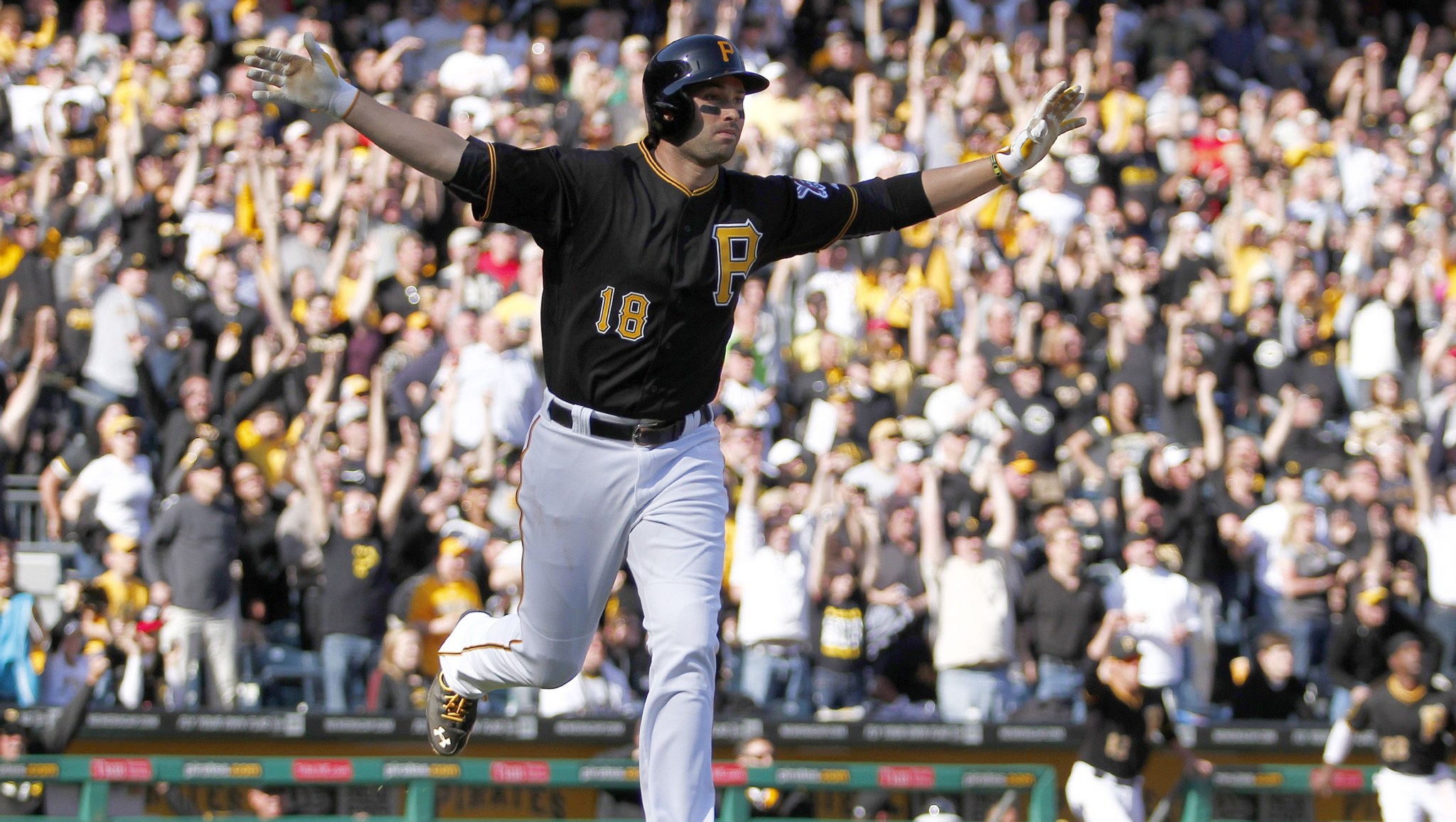 In case you were busy lighting the third candle on baseball’s Opening Day menorah, here are the six biggest stories you missed in sports on Monday:

The Pittsburgh Pirates will be going 162-0 with 162 runs scored on 162 Neil Walker walk-off home runs, after beating the Chicago Cubs 1-0 in 10 innings on baseball’s Opening Day. Also going 162-0 will be the Seattle Mariners, who beat the Los Angeles Angels of Anaheim 10-3 in Robinson Cano’s Seattle debut. Unfortunately for the Milwaukee Brewers, despite their 2-0 win over the Atlanta Braves, they’ll be going 1-161, because we can all agree that game was a total fluke.

Last year’s NL East also-rans spent Opening Day scoring runs at will, as Philadelphia topped Texas 14-10 and Miami beat the Rockies 10-1. “We did it!” exclaimed Phillies general manager Ruben Amaro as he held out his hand for a high five. “Sure did!” replied Marlins owner Jeffrey Loria as he also held his hand out for a high five. But the two men just stood looking at each other, unable to make their hands touch. What was stopping them? Finger magnets? A misunderstanding of the nature of high fives? Gross incompetence? Who knows. All we do know is that, somehow, for at least one day, Ruben Amaro and Jeffrey Loria sit atop the NL East standings.

In news you can hear by playing “Empire State of Mind” backwards:

The Mets opened the season in the third-most Mets-y way possible, blowing a potential save in the ninth inning before giving up what proved to be a game-winning three-run home run to Anthony Rendon in the 10th, letting the Washington Nationals grab a 9-7 win. For reference’s sake, the most Mets-y way to lose would have involved the death of Mr. Met, and the second-most Mets-y way to lose involves David Wright getting interfered with by J.R. Smith while trying to catch a foul ball.

The San Antonio Spurs continued their roll, tearing apart the Indiana Pacers in a 103-77 romp at Bankers Life Fieldhouse to grab their 18th straight win. After the game, Spurs center Tim Duncan dreamed of taking off his jersey, showering, and getting into his Toyota Camry. The next morning, he would have to get up early, as he and Brian had to go through the previous day’s deposits and make sure all the cash in the vault was accounted for. As he continued to dream, he thought, I like my jersey as much as my polo shirt. He snapped out of the reverie with a wry smirk. Bankers Life Fieldhouse? That’s a lifestyle Tim Duncan could get used to.

In the life choices of Canadian teenagers:

Kansas All-American Andrew Wiggins has declared for the NBA draft, forgoing his final three years of NCAA eligibility. Wiggins said of the move, “I just wish I had more time. College goes by so fast.” If only there were some way for him to extend the experience! Would that there were some method by which one could spend more than a single year at university. Some sort of comical Van Wilder scenario that saw a person enter a second or even a third year of college! Oh, the hilarity that would ensue! Too bad that isn’t how college works.

In whatever hockey players do in lieu of wearing rally caps:

The Anaheim Ducks set a franchise record by erasing a four-goal deficit to beat the Winnipeg Jets 5-4 in overtime. Unfortunately, Ducks coach Gordon Bombay remained disappointed with his team’s tactics in the win, which included knuckle pucks, flying V’s, and lassos on the ice, saying at one particularly hijinks-filled moment, “This isn’t a hockey game, it’s a circus!” But I think we can all agree, Bombay still has his own demons with which to reckon.

Tyler, the Enrager: The Raptors Forward Plays the Heel