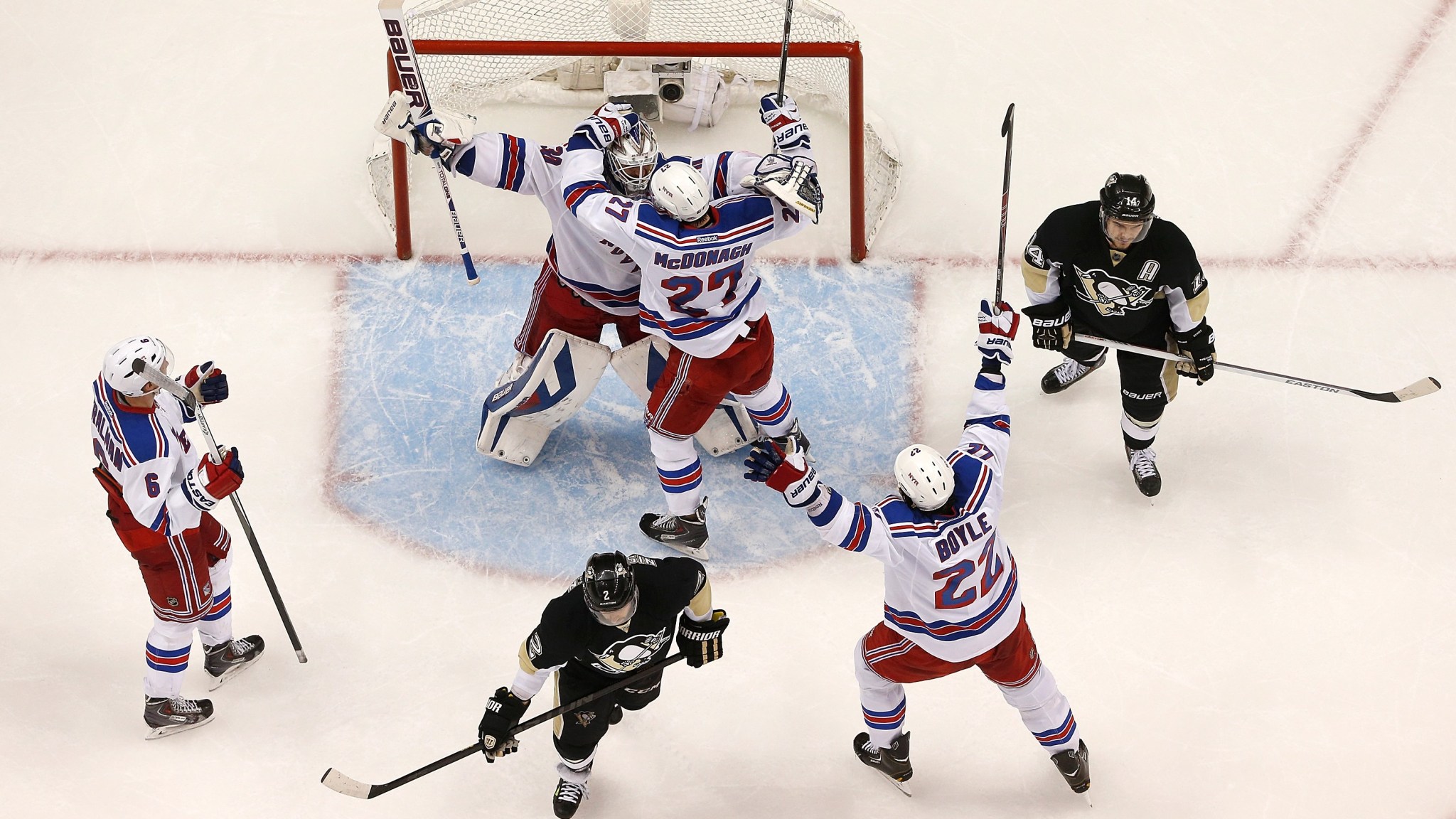 In case you were busy rooting for the NBA to bring out the replacement refs, here are the top six stories you missed in sports on Tuesday:

In the ’qvist continues:

Goalkeeper Henrik Lundqvist was immense, winning his fifth straight Game 7, as the New York Rangers beat the Pittsburgh Penguins 2-1 to advance to the NHL Eastern Conference finals. The series also resolves a friendly bet between New York Mayor Bill de Blasio and Pittsburgh Mayor Bill Peduto. De Blasio put up a pizza from Di Fara’s in Midwood, and Peduto put up a number of regionally specifically foodstuffs — which de Blasio condescendingly shot down, saying, “Look, I live in New York. We have the best everything.”

In the weirdest game of the postseason thus far:

A whole lot of basketball-type stuff happened, followed by strange interpretations of basketball-type stuff by referee-type people, and in the end, Russell Westbrook and the Oklahoma City Thunder stunned Chris Paul and the Los Angeles Clippers 105-104. When asked whether he felt the game was well officiated, the crazy clown who wears a skin suit that has allowed him to pass as referee Bennett Salvatore for more than a decade said after the game, “Everything went according to plan,” before laughing maniacally and getting stuck in an invisible box placed on top of him by the crazy clown wearing a suit that allowed him to pass as official Tony Brothers.

Another series, another clutch performance from Patrick Kane, whose overtime goal gave the Blackhawks a 2-1 win over the Minnesota Wild, moving Chicago into the Western Conference finals. Seriously, who else but Patrick Kane ends yet another series like this?

In a game that would be weird were it not for everything that has happened with the Pacers recently:

Marcin Gortat almost single-handedly outrebounded the Pacers, as the Washington Wizards stayed alive in the Eastern Conference semifinals with a 102-79 win over Indiana. “Everything’s going according to plan,” said the crazy clown who has been wearing a skin suit that allows him to pass as Pacers head coach Frank Vogel for the past three months. “Yes! To plan! Ha! Ha ha ha! HA!” When told clowns traditionally don’t speak so much, Clown Vogel then pulled a handkerchief out of center Roy Hibbert’s ear for three straight minutes as Hibbert questioned every life choice he had made since agreeing to play AAU ball.

In big happenings in Detroit:

Miguel Cabrera went deep off Baltimore closer Tommy Hunter with two outs in the ninth to power the Detroit Tigers to a 4-1 come-from-behind win over the Orioles. “Oh, right,” said Hunter after he threw his ill-fated pitch to Miguel Cabrera. “Miguel Cabrera is thaaaaat Miguel Cabrera. Stupid, Tommy. So so, stupid.”

Stan Van Gundy was hired by the Detroit Pistons as their new head coach and president of basketball operations. When asked how he planned to manage a Pistons roster saddled with disappointing big-money signings such as Josh Smith, Van Gundy said, “I’ve dealt with enough weird clowns pretending to be basketball players. I’ve been covered in Dwight-Out more times than I can count. So I think for once, I’m going to just be myself and make sure everything goes according to plan.”