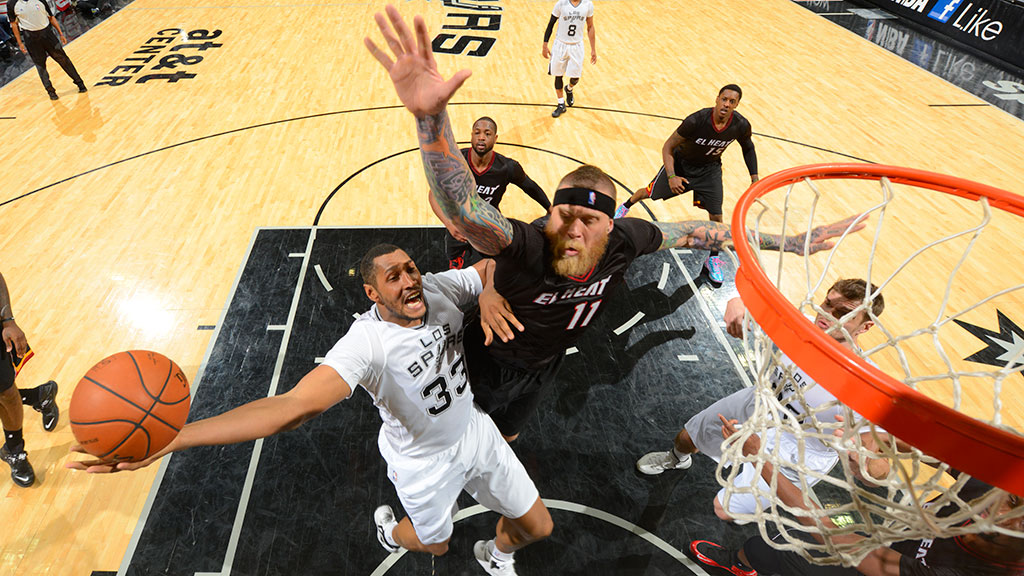 In case you were busy refusing to admit that you invented Bitcoin, here are the top five stories you missed in sports on Thursday:

Phoenix continued its surprising run through the NBA with a win over Oklahoma City while the Miami Heat suffered a lopsided 111-87 loss at San Antonio in a battle of two of the NBA’s top title contenders. LeBron James blamed the loss on the short-sleeve jersey his team wore, saying, “Every time I shoot it feels like it’s just pulling right up underneath my arm. I already don’t have much room for error on my jump shot. It’s definitely not a good thing.” Spurs coach Gregg Popovich responded to James’s comments by smirking so sardonically that he was forced to seek medical attention after his lips did not uncurl for more than four hours.

Despite the tilts between playoff-bound teams, the big NBA news of the night was the devastating 142-94 beatdown the Showtime Clippers put on the Starz Kids & Family Lakers. “It’s fine, everyone in this city still loves the Lakers,” said general manager Mitch Kupchak after his team’s loss. “I bet I can walk into any parking lot in this city and see a half-dozen hard-core Lakers fans flying their Lakers car flags with pride. Let’s go right now!” Hours passed as an increasingly disappointed Kupchak drove around Los Angeles looking for Lakers flags. The night grew deep, and Kupchak kept driving, looking for even a single fan still flying their flag. As the sun rose over the Pacific Ocean, Kupchak thought he spotted one, but it was just a wayward 12th Man flag from a displaced Seattleite. Dejected, Kupchak drove himself home and wondered, Are Lakers fans fair-weather fans? Am I the king of bandwagon? But just then, a BMW 3 Series cut him off on the 10. And while there was no flag, there was a vanity license plate: LAKSHOW. Kupchak was able to go to sleep knowing that the diehards were still committed to his team despite its struggles. What Kupchak didn’t realize is that the license plate had nothing to do with the Lakers, but was actually a New Jersey Devils fan asking how the L.A. Kings won the 2012 Stanley Cup.

Harris English and four others lead the field at 3-under after an abridged opening round at the Cadillac Championship at Doral. The big news of the day, however was Tiger Woods, who sits five strokes back after a middling 2-over through 10 holes. When asked why he was the biggest story of the day, Tiger sighed and replied, “Because I’m never going to stop paying for cheating on my ex-wife, am I? Come on, I had a mediocre round. Leave me alone.”

Steven Stamkos returned to the ice while Ryan Callahan made his debut for the Tampa Bay Lightning, but they were not enough as Jhonas Enroth made 43 saves and the Buffalo Sabres came out of Florida with a 3-1 win. Enroth, who replaced the departed Ryan Miller, said after the game, “My name is Jhonas, I’m carrying this team.” When asked what he thought the secret was to blunting Tampa’s new-look attack, he replied, “Thanks to what they shown us, this is how I feel: Don’t shoot pucks at me, it will end badly, if you ask me, they miss St. Louis. Things were better then, once but never again. He has left all them, doomed to be also-rans.” Enroth then started yelling, “The workers are going home!” over and over again until the collected media dispersed.

Frank Jobe, the surgeon who reconstructed Tommy John’s ulnar collateral ligament, died at 88. Jobe’s Tommy John procedure has changed the way pitchers are able to recover from elbow injuries, prolonging the careers of about one-third of all of all major league starters. But there’s a dark side to Tommy John surgery: We never got to find out what Erik Bedard’s true passion was! Instead he was able to continue trying to play baseball, never once smiling, for years after he otherwise would have been forced to retire. So condolences to both Frank Jobe and Erik Bedard’s potential fulfilling careers as a modern dancer, dog trainer, actuary, or hand model.

We Went There: A 72-Hour Whirlwind Tour of European Football

NBA Overnight: A Word About the Clippers and the West