NBA Overnight: A Word About the Clippers and the West 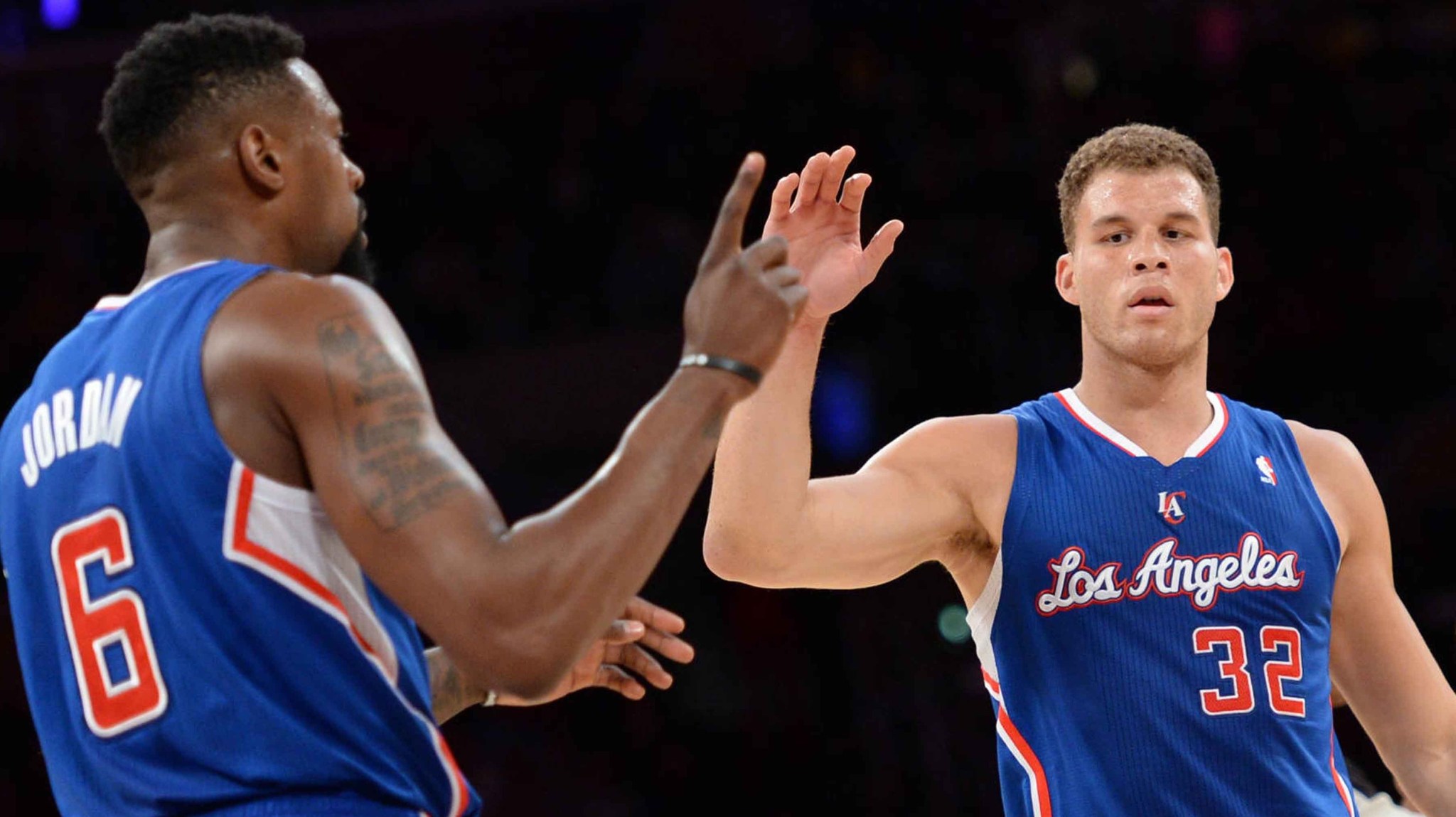 On opening night of the 2013-14 season, the Clippers played the Lakers and got embarrassed. Blake Griffin got pushed around and outplayed by Jordan Hill, DeAndre Jordan disappeared after the first half, CP3 didn’t make a difference down the stretch … It was the sort of game that made you wonder if maybe this whole team had already peaked. It wasn’t that the Clippers lost, but how familiar it all was. Griffin looked soft, Jordan was solid but irrelevant, Paul wasn’t good enough to win it in the end. It was like an entire playoff series against the Grizzlies in Game 1.

Last night against the Lakers, the Clippers were up 33 by halftime. They won by 48.

The Lakers are awful, sure, so there’s no reason to read too much into one nationally televised massacre. But that game — and pretty much every other Clips game in the past six weeks — was just another example of how far this team has come since the first few weeks of the season.

It started when Paul went down. That’s when Griffin transformed from a frustrating top-15 player to the best power forward in basketball. Jamal Crawford helped keep them afloat, too, and somehow they didn’t really miss a beat without the third-best player in the NBA. When Paul came back, everyone kept clicking, and now here we are.

I wrote about this a month ago (end of this Shootaround), but the rise of Griffin makes this whole team so much scarier. Or a lot easier to trust if you’re betting on it to win in the playoffs.

Suddenly it has two top-five players in the same lineup, and a real go-to option in the half-court. That’s next to an improved Jordan on both ends of the court. And those guys are all surrounded by role players like Matt Barnes, J.J. Redick, Jared Dudley, Darren Collison, and whatever they can get from Big Baby and Danny Granger over the next three months. Also, they’ve got Hedo Turkoglu there to smoke cigarettes all season and make at least three huge plays in the playoffs.

Basically, the Clippers filled out their entire roster with guys who become twice as valuable on a winning team. Plus Crawford, who’s included just to get everyone drunk on crossovers and pull-up 3s.

The rest of the West? Let’s see.

Thunder. There was some backlash when I said Russell Westbrook’s transition back into the OKC lineup gave us the biggest question coming into the second half of the season. Since then, Kirk Goldsberry chimed in with lineup data that raises all the same concerns, and OKC’s lost four of seven. Again, this has nothing to do with Westbrook as a player.

Russ was phenomenal in Phoenix last night. 36, nine, and nine. And … the defense gave up 67 points in the second half, Westbrook missed two 20-foot jumpers on crucial possessions down the stretch, OKC lost, and a four-game lead on the Spurs at the All-Star break is now cut to a half-game. The defense has been a mess since Westbrook got back, and the offense has looked out of rhythm. Maybe you trust Scott Brooks to manage all of it in the playoffs, but I don’t think I do.

Rockets. They should’ve traded for Rondo two weeks ago. They didn’t. Rockets fans will get all pissed off about this, but do you really think Dwight Howard’s leading this team to the Finals in six weeks? I don’t.

But no. Portland’s too inexperienced in the playoffs, it relies on too many jumpers, and its defensive efficiency is 10 spots lower than any other contender in the West.

Spurs. San Antonio’s as dominant and ridiculous as ever, and if everyone’s healthy, it probably wins a Clippers series six or seven out of 10 times. It can beat anyone if it stays healthy. But that’s been true for years now. It worked last year and everyone stayed upright, but if we’re playing the percentages here and looking at the history with the Spurs, it’s a safer bet to say someone will go down, and the Spurs will be hobbling through the playoffs.

That leaves the Clippers. I’m in for a few reasons. First, we’ve watched Paul fall short over and over again the past few years, and he’s too incredible a player to never make a conference finals. We’ve watched Griffin fall apart every spring, but we’ve never seen Griffin look anything like the player he’s been this year. Something tells me the spring will be different.

Right now the Clippers have one superstar smack in the middle of his prime who’s more desperate than ever, and another superstar who’s just now entering his prime. Meanwhile, the pieces around them are better than ever. And then there’s Doc Rivers.

There was all kinds of hype when Doc arrived in L.A. this summer. Talk that he’d change people’s careers, change the culture, etc. Watching the Clippers the first few months, it all felt overblown. But now? The Clippers are second in scoring, eighth in defensive efficiency, and third in point differential. Whatever Doc’s doing is working. And while Brooks and the Thunder come back to earth, L.A.’s playing as well as anyone in the league, with a coach who’s led deep playoff runs five of the last six years.

We’ll see. Last night, we saw the season-long favorite (OKC) continue to struggle, but Kevin Durant and Westbrook are still unbelievable, so obviously OKC’s in the conversation. Meanwhile, the Spurs just beat the crap out of the defending champs, and the Clippers exorcised their opening-night demons with a near-50-point win. You could look at the West right now and make convincing cases for at least four teams (including the Rockets). It’s all a toss-up. Everyone in the West is scary.

But just for the record, nobody’s scarier than Blake and the Clippers.