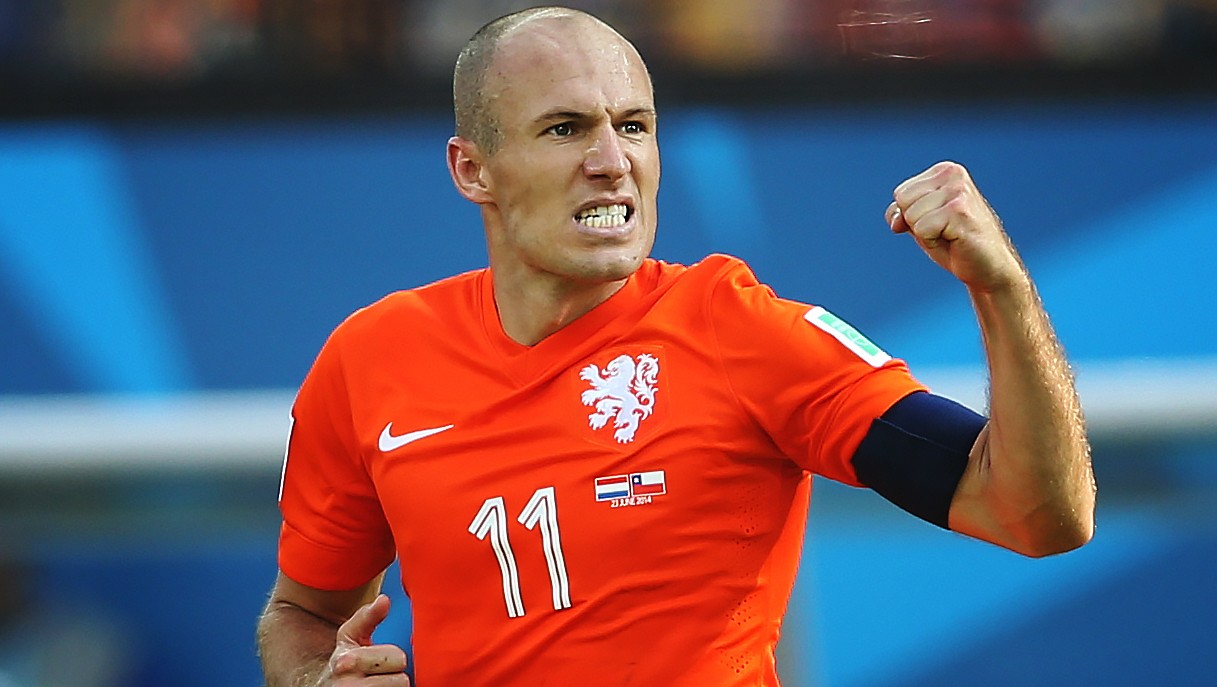 In case you were out looking for opportunities to awkwardly shoehorn a “CONCACAFFEINATED” joke into your conversations, here are the top five stories you missed in sports on Monday:

Spain got a consolation win, beating Australia 3-0, while Arjen Robben was fantastic again as the Netherlands finished off a perfect run through a challenging Group B with a 2-0 win over Chile. A buoyant Robben said after the match, “I am grateful to no longer be thought of as the weak failure who was unable to secure victory for my country in the last World Cup.” When told he was actually garnering himself a reputation as something of a villain, Robben laughed and replied, “A villain? Moi? Why? Because I was driven mad by my failure and joined up with a super-squad of German mercenaries so that I could dedicate myself to destroying those who had slighted me in the past? And I will stop at nothing until my aims are achieved? I guess if that makes someone a villain, then, sure, I’m a villain.”

Chris Davis’s pinch-hit walk-off home run gave the Orioles a 6-4 win over the White Sox and a big boost of confidence for their struggling slugger. “I looked over to their bench and saw Adam Dunn sitting there,” said Davis after the game, “and I thought: ‘I’m starting with that man in the mirror. I’m asking him to change his ways. And no message could have been any clearer: Take a look at Adam Dunn and then make a change.’” Davis then smiled and added, “That’s pretty smart, eh? I should write that down. Did any of you write that down? Those words were pithy as hell.”

In El Do or Do Not There Is No Tri:

Mexico, presided over by ever-emotional manager Miguel Herrera, scored a late flurry of goals to beat Croatia 3-1 and secure advancement into the round of 16 at the World Cup. After the match, Herrera celebrated his team’s accomplishment by cracking open a nice bottle of red wine, lighting a warm fire, and screaming at a painting of a waterfall for four straight hours.

Neymar fired in two goals and looked in total command powering Group A winners Brazil to a 4-1 victory over Cameroon. But Neymar’s best work came on a play where he didn’t score:

What that Vine fails to show is the moment that Brazilian forward Hulk put the ball in the back of the net. Let’s get footage of that:

In old men getting paid:

Tim Duncan exercised his $10.3 million option for next season, ensuring that the 38-year-old Spurs forward will play at least one more year. When asked what prompted his decision, Duncan explained, “Money can be invested in municipal bonds so that my portfolio can take a slightly more risk-averse stance.”