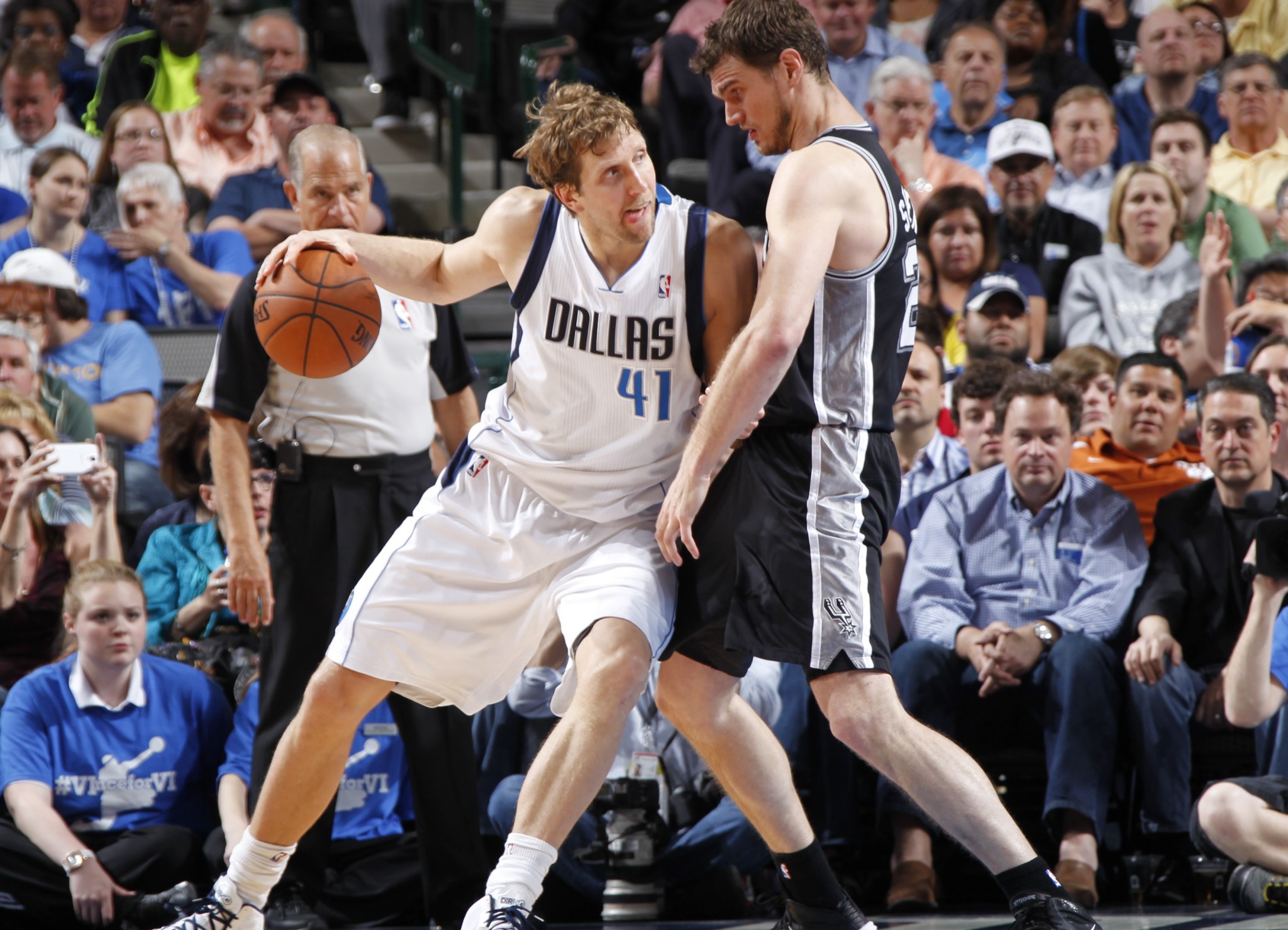 In case you were busy wondering what Mike Shanahan could possibly do for the Toronto Maple Leafs, here are the top five stories you missed in sports on Thursday:

On a day when Rick Carlisle declared Dirk Nowitzki one of the 12 greatest players of all time, the Dallas Mavericks had their playoff hopes dented by the San Antonio Spurs, losing 109-100. When asked which 11 players he had in front of Nowitzki, Carlisle replied, “Jordan, Magic, Kobe, Bird, Russell, Kareem, Wilt, Duncan, Shaq, Oscar, LeBron, Pettit, West, Baylor, Hakeem, Dr. J, Moses Malone, David Robinson, and Karl Malone. Just those 11.” Carlisle then complimented his team for playing a great 33 minutes of ball and reclaiming the 5-seed in the Western Conference.

In weird stuff on a guy’s hand:

Michael Pineda was in control in New York’s 4-1 win over the Boston Red Sox, but the Yankees starter will come under scrutiny after a foreign substance appeared on the base of his pitching hand early in the game. “Boy that takes me back,” said Mariners minor league catcher Jesus Montero, who was swapped for Pineda two years ago. “I had a foreign substance on my hand once. Best day of my life.” When asked what he was talking about, Montero smiled broadly and said, “Nutella! And it was today! Today is the best day of my life! Oh look, there’s more!” before licking his Nutella-covered hand for a solid 10 minutes.

Justin Holl scored with 0.6 seconds left to fire the Minnesota Golden Gophers past North Dakota by a 2-1 margin into the final of the NCAA hockey tournament. When asked if he was related to Bobby Hull, Justin replied, “Well, my dad’s name is Robert. He’s a real estate agent in Duluth. Hasn’t gone by Bobby since the late ’60s. He had a band. Bobby Holl and the Diggers. Faux-British Invasion stuff. Played some gigs in St. Paul. Good man. Why do you ask? You a fan of the Diggers?”

In traditions unlike any others (such as trying not to make dumb jokes about avocados):

Bill Haas is your Day 1 leader at the Masters after shooting a 4-under 68 to secure a one-stroke advantage over Louis Oosthuizen and former champions Bubba Watson and Adam Scott, none of whom could believe they were trailing the man who invented the avocado.

In little brothers on the mend: