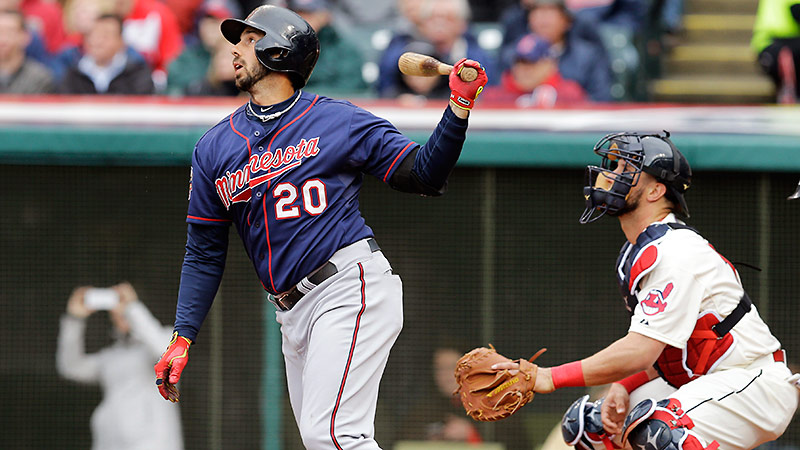 Who’s That Guy is an ongoing Grantland series, and an orientation tool to use in the vast sports landscape. And hey, baseball is part of that landscape!

Where Is He From? Framingham, Massachusetts

Does the Author Harbor Ill Feelings Toward Colabello for Wiping the City of Cleveland Off the Face of the Planet This Past Weekend? Possibly

His Game, in Two Words or Fewer: Aggressively utilitarian

Does He Share a Birthday with Drake? Yes, as all elite athletes must. Let’s just say that Colabello made October 24 cool way before Aubrey Graham started raising owls for a living. Since Drake has taken some heat lately for his dubious sporting allegiances, maybe he should become a Twins fan under the pretense of being birthday brothers with Colabello. That’d definitely silence the haters.

Follow the Bouncing Ball: Like the Black Mamba himself, Colabello grew up in Italy, where his father played professional ball. Sadly, that’s where the Kobe comparisons end. Colabello moved back to Massachusetts for high school (Milford High) and college (Assumption College), and then toiled away in the Can-Am League for seven seasons. No, that’s not an independent kick the can federation; it’s the Canadian American Association of Professional Baseball, which Ron Gardenhire unironically called “the beer leagues.” Colabello joined the Twins organization in 2012 and made his major league debut on May 22, 2013. The results weren’t pretty: Colabello saw action in five games and went 1-for-11, striking out six times and failing to draw a single walk. On the bright side, he returned to the bigs just two days later; on the down side, he failed to do anything that’d warrant a mention in a two-paragraph summary of his life.

This is where things get interesting, though. Displeased with Colabello’s lackluster performance, the Twins signed catcher Kurt Suzuki in December and “negotiated with a Korean team to move Colabello off the 40-man roster,” which appeared to be an ideal move for both parties. The Twins would get to rid themselves of an aging .194 hitter, and an aging .194 hitter would get to earn seven figures to play baseball in Asia. Win-win, right? All Colabello had to do was green-light the deal. SPOILER ALERT: He didn’t, and now he’s got 11 RBIs and co–AL Player of the Week honors. Some people have all the luck.

Fun Fact: Colabello’s a pull-hitting extremist, so much so that he didn’t hit a home run to right field until his seventh season in the Can-Am League. This resulted in opposing defenses executing the notorious Colabello Shift, wherein all three outfielders huddle in left-center field and play Cards Against Humanity.

Social Media Presence? Only a Masshole would think, You know what, I’m gonna tweet out a picture of the interior of this Dunkin’ Donuts. That’s definitely something my followers would appreciate. In Colabello’s defense: Iced coffee!!!!!

Furthermore, I advise you in the strongest possible terms NOT to engage him on the Words With Friends battlefield. He is dangerous, and will cause you a lifetime of soul-crushing pain. 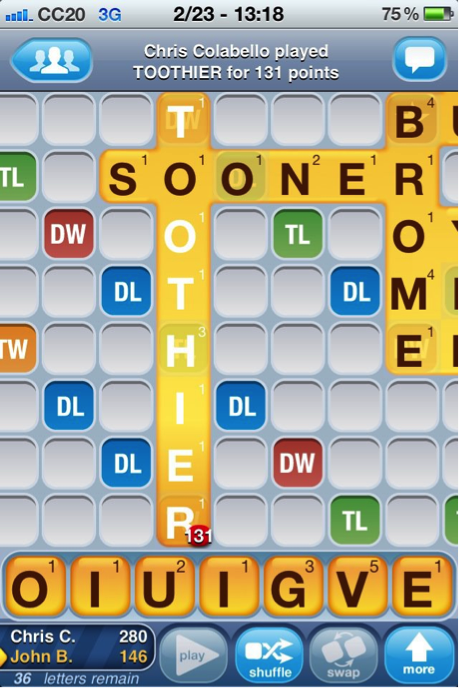 I’ve watched this video, like, seven times, and I can’t even begin to process my thoughts, thus making it a masterful choice on Colabello’s part. You really think a pitcher’s going to be in the right frame of mind to throw strikes after hearing this? Me neither.

Should We Know Him? Absolutely, if you play fantasy baseball or live in Minnesota. If not … maybe wait another week or two before wasting any more mental energy on Colabello’s career. Offensively, he’s so one-dimensional that it’s hard to believe he’ll keep producing at his current .313/.353/.531 rate; what remains to be seen, of course, is how anomalous this early hot streak will prove to be. Best-case scenario, he’ll continue to provide the Twins with some middle-of-the-order power while not being relied upon to do much else. Worst-case scenario, he’s on some lightning-in-a-bottle, Chris Shelton shit and will totally flame out in a month, in which case he’ll live out the rest of his life herding goats in Italy. Talk about a win-win.