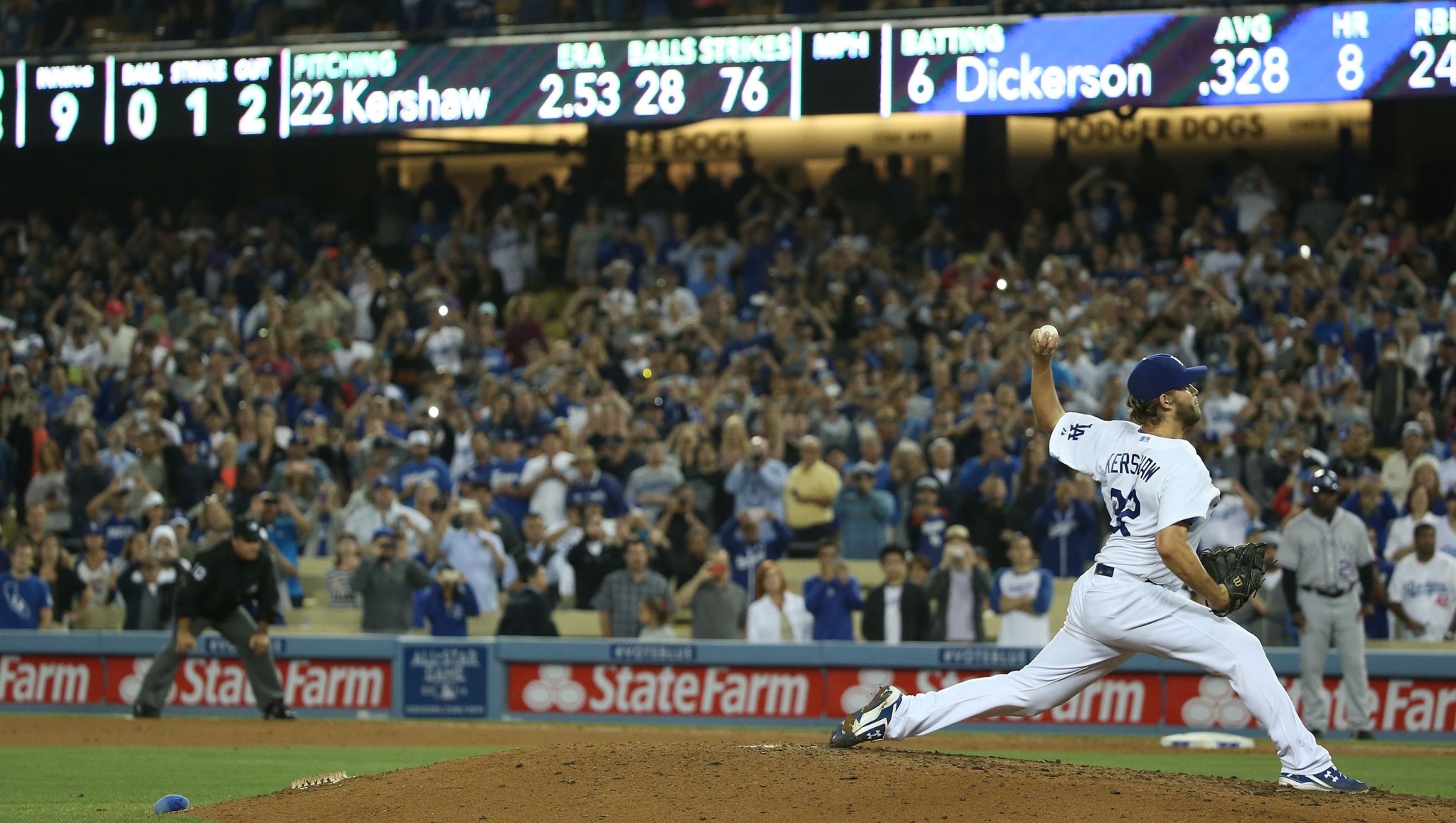 In case you were busy realizing that your attempt to bootleg T-shirts based on Washington’s voided football trademark might make you part of the problem, here are the top six stories you missed in sports on Wednesday:

Dodgers ace Clayton Kershaw threw his first career no-hitter and posted the second-highest nine-inning game score in MLB history, striking out 15, walking none, and allowing only a single baserunner on a Hanley Ramirez error as Los Angeles beat Colorado 8-0. When asked if he blamed Ramirez for costing him his perfect game, Kershaw flapped his arms like a bird and yelled, “KER-SHAW! KER-SHAW!” When asked the question again, Kershaw replied, “I’m sorry, I couldn’t hear you, I was too busy Kershawing.”

Reigning World Cup champion Spain is out of this year’s competition after losing to Chile 2-0. This is the third time in four World Cups the defending champion was eliminated in the group stages of the tournament, so hopefully that will help everyone understand why U.S. manager Jurgen Klinsmann is not pushing America to win this year’s competition, when the team has a generation of players coming up who will be peaking in the 2018 tournament in Russia.

The Kansas City Royals ran their winning streak to 10 games with a 2-1 win over the Detroit Tigers. “No, we’re not doing this because Dayton Moore revealed to me and the team that the owner wants to make us lose so he can move the team to a better climate,” Royals manager Ned Yost said after the game. “And we certainly don’t have a cardboard cutout of him in our locker room that we are peeling piece after piece off with every win.” However, Yost then conceded that locker-room dissent was building around Alex Gordon’s daily blood sacrifices, which Gordon reportedly contends are the source of his sudden ability to hit breaking pitches.

The NBA champion San Antonio Spurs celebrated their fifth NBA title with a parade down the River Walk. And then Gregg Popovich did this:

“Imagine if I did something like that. People would go insane,” Heat forward LeBron James said when he saw the footage of Popovich on TV. James then cleared his throat and added, “I mean … again.”

Group B Is a Blockbuster: A Tribute to the Netherlands, Chile, Spain, and Australia