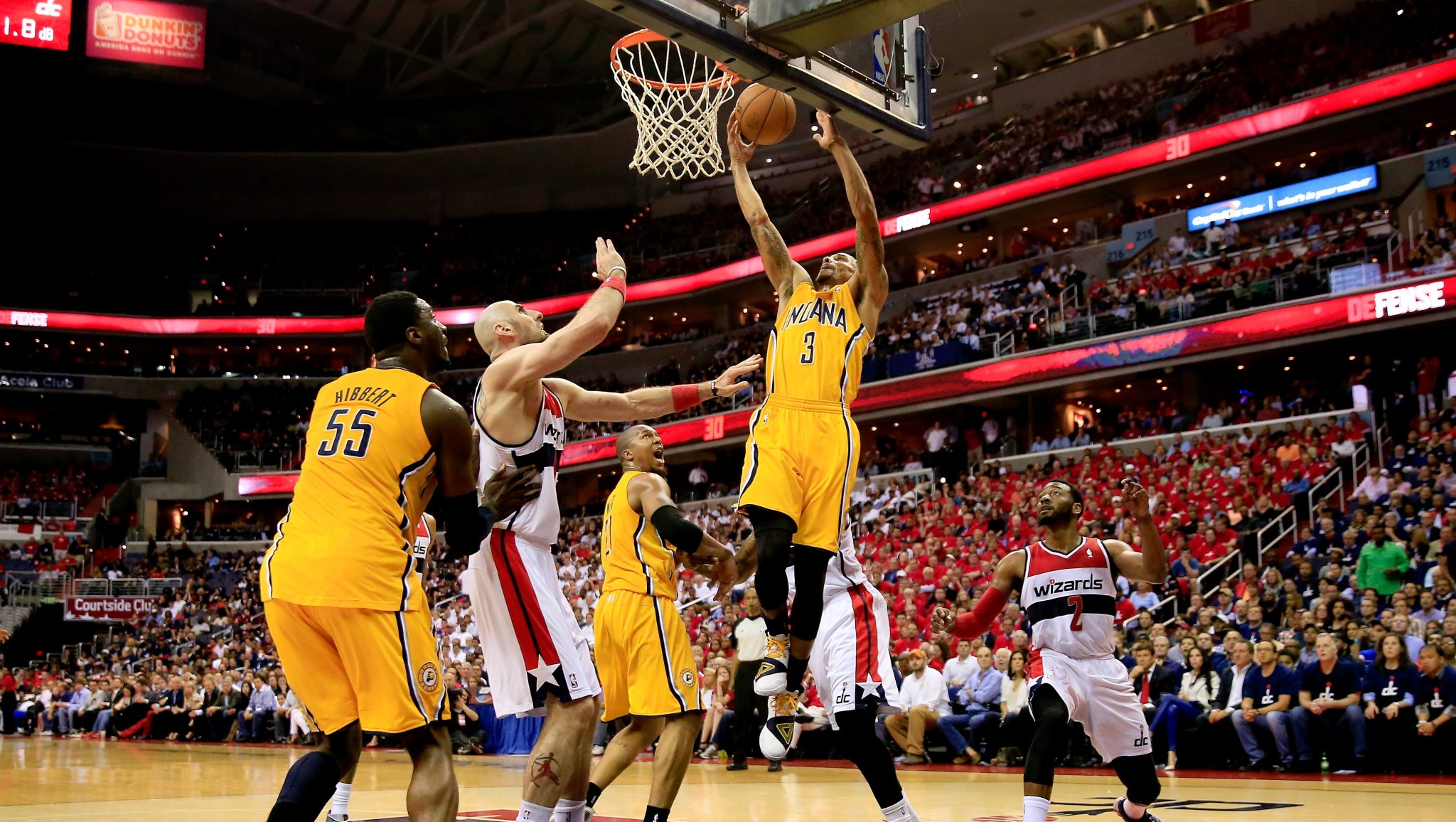 In case you were busy caring about a high school student’s pitch count, here are the five biggest stories you missed in sports on Thursday:

In the triumph of the Balrog:

The Wizards were struck down by David West and the Pacers 93-80, meaning Indiana will advance to the Eastern Conference finals for the second consecutive year. Fortunately, the Wizards will be reborn next year stronger than ever before. And though they’re unlikely to claim the ring next year, I think we all know that, the season after that, Bradley Beal and John Wall will together destroy the ring once and for all. And all it will take is the aid of Marcin Gortat, who will summon the ghost army of Gheorghe Muresan to strike down their enemies, and maybe Trevor Ariza. However, once the idea of the ring is destroyed, who will be named champion? Will there even be a champion? Or will we finally live in a post-champion world, where peace among the teams of the National Basketball Association is reached, and no further games need be contested?

Kevin “Muffins” Durant exploded for 39 and 16 as the Oklahoma City Thunder came from behind yet again to close out the Los Angeles Clippers 104-98. “OK, fine, you beat Donald Sterling, but we’re done rooting for you guys,” said the people of Seattle. “I mean, we certainly won’t root for you against … shit.” The people of Seattle then realized the Thunder would face the Spurs in the Western Conference finals, and sighed as it registered that it would be all but impossible not to root for Kevin Durant playing against a team coached by Gregg Popovich. “But just one more series,” the people of Seattle then added, as they started to mentally prepare themselves to get back on the LeBron James bandwagon as needed.

In things that should definitely be referred to as a comeback:

Former world no. 1 David Duval sits only one stroke back of leader Peter Hanson after shooting a surprising 4-under 66 in opening-round play at the HP Byron Nelson Championship in Irving, Texas. “Please no one look at me or talk or say anything,” Duval said after his round. “I need this, OK? Please. Please just leave me alone and let me play golf. Like I used to. Please. PLEASE!” But it was already too late, and Duval was already thinking about his tee shot for Friday. Thinking about it real hard. Real, real hard.

Despite starting someone named Chase Whitley, the Yankees shut out the Mets 1-0 in the final game of their Subway Series. “METS CAN’T CHASE WHITLEY!” typed New York Post headline writer Scott Fenton after the game, before shaking his head and saying, “No, not strong enough. Uh … ‘CHASE-ING THE DRAGON, METS TRIP UP IN FINAL GAME OF SUBWAY SERIES.’ No, too wordy. ‘ROOK HAS WHITS ABOUT HIM!’ Oh god, Scott, no. Way too positive. ‘METS HOT GARBAGE, YANKS SLIGHTLY BETTER.’ No, used that one before. Oh, so many times I’ve used that one before.” Fenton then sighed and typed, “METS CAN’T CHASE WHITLEY” again, before turning to a mirror and saying dead into his own eyes, “You’ve lost your edge, good sir.”

In a rare moment of genuine reflection:

Peyton Manning attended a B’nai B’rith event in Omaha, the city famous for having its name yelled by Peyton Manning while playing football, and promised to continue to yell “Omaha!” while playing football for the foreseeable future. Now, this column and the sports Internet as a whole are loco for equal parts smarm and snark, so let me take this moment to say with sincerity: Omaha is a pretty cool city. Way cooler than the picture I had in my head of Omaha before my first trip there. I think people don’t necessarily know that about Omaha. It’s true. It has a nice downtown, a few cool music venues, some great food, and legal gambling a stone’s throw away. And apparently the B’nai B’rith events there sometimes feature Peyton Manning! If you live on one of the coasts and have the option to take a work trip to or a road trip through Omaha, seize it. If you live close to Omaha, visit Omaha more often. If you can’t visit Omaha, listen to the new Conor Oberst album as a tribute to the city of Omaha. Seriously, guys: Omaha. Get on it!