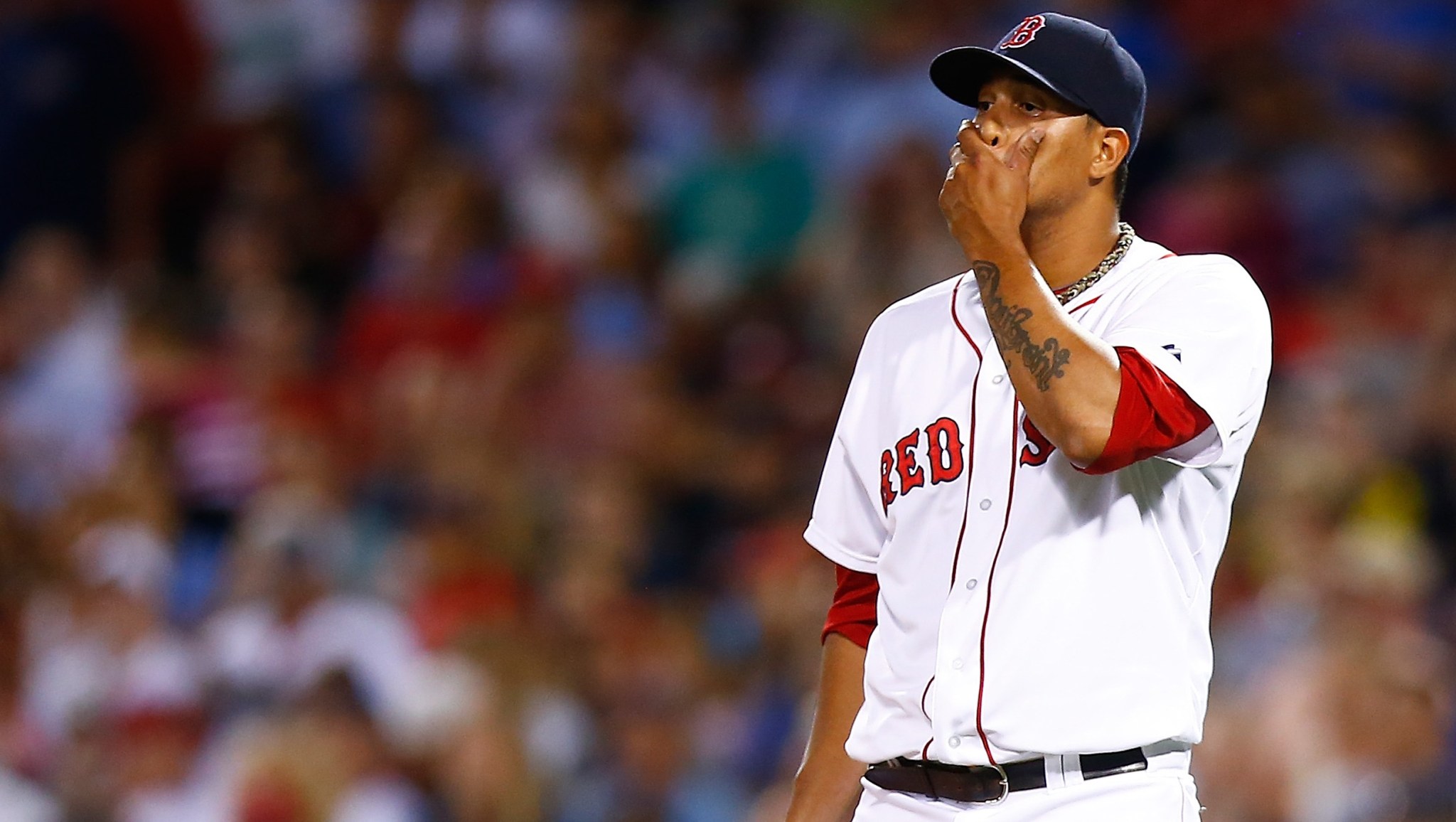 In case you were busy distracting your new NFL team in training camp by letting your brother get engaged on national television, here are the top five stories you missed in sports on Monday:

In the upside-down world of the AL East:

The Boston Red Sox were thrashed by the Toronto Blue Jays, 14-1, as the reigning World Series champions continue to slide further away from playoff contention. Meanwhile, Brett Gardner continued to torment Yu Darvish, hitting two home runs off the Texas starter, but it wasn’t enough, as the New York Yankees fell to the cellar-dwelling Rangers, 4-2. Gardner now has four home runs against Darvish, who said of the Yankees outfielder, “I just blame the parents of Brett Gardner. I just blame them for creating a great hitter.” With that comment coming in the middle of a breakout season for Darvish’s sense of humor, the pitcher has earned himself entrance into the Ichiro Suzuki Translated Baseball Comment Hall of Fame, housed in a small, fist-shaped building in Cleveland.

In the NL wild-card race:

Vance Worley threw a four-hitter as the surging Pittsburgh Pirates handed the scuffling San Francisco Giants a 5-0 loss. Unfortunately for Worley, after the game he was forced to return to the pages of the lesser-known Raymond Chandler novel The Troublesome Dame, where he’ll continue to spend time as a two-bit con man working with “Big Ike” Davis. There he’ll once again meet his end on page 47, at the end of a revolver held by hardened private detective Clint Barmes.

The New York Giants have set a goal for quarterback Eli Manning: record a 70 percent completion rate in the upcoming NFL season. Sure, this is a number he has never approached in his career, with his peak accuracy of 62.9 percent coming in 2010. And you’re right, his completion percentage has declined consistently over the past three seasons from that peak. And yes, he managed to top 70 percent in only one game last season. And OK, this is a feat that has been managed only seven times in league history. And fine, push comes to shove, I would bet my life against a bag of chips that if Eli Manning plays a full season, he won’t put up a 70 percent completion rate. But on the other hand, we’re one day closer to actual football happening, which will spare us from more of these ludicrous stories about people making verifiably false statements that are then turned into headlines. Six more weeks, guys. We can make it. We can make it.

In the puzzling business of doing basketball:

The National Basketball Players Association elected attorney Michele Roberts as the organization’s executive director, making her the first woman to head the union for a major American sport. “Oh, this gives me an idea for a riddle!” said noted riddle-writer Dr. Masterson Q. Fiddlestones upon hearing the news. “Kobe Bryant and his father get into a car crash, and they both go into separate operating rooms, and they are both unconscious. Then the surgeon walks into the room, looks down, and says, ‘I can’t negotiate a CBA on this man’s behalf, he’s my son.’ Everyone in the room gasps. So the riddle is: Who is the surgeon?” Dr. Fiddlestones then arched his eyebrow and whispered with great meaning, “Michele Roberts.”

Donald Sterling’s lawsuit to prevent the sale of the Los Angeles Clippers has failed, as a judge ruled on behalf of his estranged wife, Shelly Sterling, who will go forward with the team’s sale to former Microsoft CEO Steve Ballmer for $2 billion. “Oh, this gives me another idea for a riddle!” said noted riddle-writer Dr. Masterson Q. Fiddlestones upon hearing the news. “What’s white and a loser, but still gets $2 billion?” Dr. Fiddlestones then arched his eyebrow and whispered with great meaning, “This is an easy one.”

How Kyle Korver Was Blinded by Jeff Hornacek's Advice