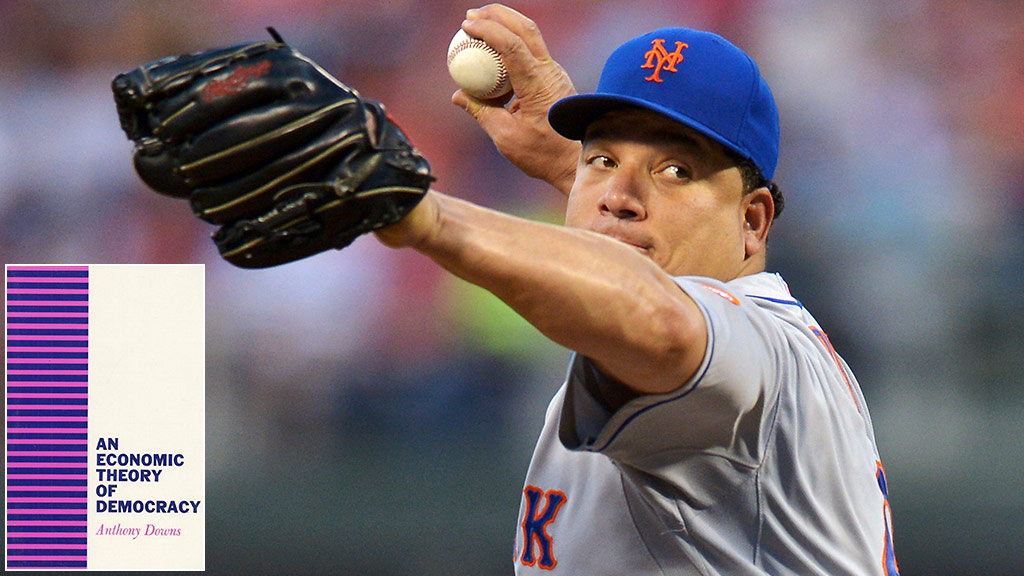 In 1957, an American political economist named Anthony Downs released An Economic Theory of Democracy, which became one of the most influential works on the study of electoral and party politics. In the book, Downs expressed multiple theories that shaped the way we think about voting — it was like Thriller for political science scholars — including one that became known as the calculus of voting.

Downs’s equation is commonly expressed as:

In this equation, p is the probability of casting the deciding vote in an election, B is the utility income (in layman’s terms, the increase in quality of life) that would result from the voter’s preferred outcome, and C is the cost of voting both in terms of time spent learning about the candidates and their positions as well as the time and money spent physically going to the polls to vote. If R is positive, it makes sense to vote. If not, it makes more sense to stay home.

This was never meant to be more than a philosophical framework, because while C and p are fairly easily quantified, quality of life is not. The calculus of voting was mostly useful as a means of clearly expressing the factors that go into a decision.

Even so, expressing those factors in this way led to new insights. For instance, because no major statewide or national election has ever been decided by a single vote, p is infinitesimally small, which means that no matter how low the cost of voting and how great the benefit of a person’s preferred candidate winning, it hardly ever makes sense to vote, because one person is not going to influence the election.

This led to a new development by two more political scientists, William Riker and Peter Ordeshook. (No, not that William Riker. I know, I’m disappointed too.) Riker and Ordeshook wondered why so many people voted even if, by Downs’s model, it was irrational to do so. They added a new term (D) to account for the good feeling of civic inclusion and other benefits that come from voting and came up with a more balanced equation:

Now that we possess a fundamental understanding of the principles at play, let’s take the same thought process that Downs, Riker, and Ordeshook employed and apply it to something even more important than democracy: baseball. Specifically, with the nonwaiver trade deadline coming up this week, let’s apply this logic to figure out when it makes sense for a team to make a trade.

After considerable time and effort spent reading, pacing, and scribbling on a whiteboard like Russell Crowe in A Beautiful Mind, here’s what I’ve got:

And here’s what that means:

There’s almost certainly a way to quantify a team’s change in utility, like using ZiPS projections to predict how many future wins changed hands on both sides. However, doing so raises questions about how we consider uncertainty; if a bird in the hand is worth two in the bush, is a win on the major league roster worth two (or more) in the farm system? An effort to quantify utility and contender status could also lead to new insights on when and why teams transition from rebuilding to contending, but that’s a bigger issue than we’re able to resolve in one blog post.

P = projected playoff threshold and W = projected wins. To understand this, let’s turn to that other great political scientist, Nate Silver, who wrote about this topic several years ago in Baseball Between the Numbers (a Baseball Prospectus production edited by another familiar face, Jonah Keri).

If you own a copy of BBTN, please turn to the chapter called “Is Alex Rodriguez Overpaid?” and see Figure 5-2.4 on page 191. If you don’t own this book, you can order a copy, and I’ll wait for it to arrive.

However, one part of the win curve has a huge impact on a team’s playoff odds. Says Silver: “The most sensitive part of the graph — what we’ll call the sweet spot — is between about 86 and 93 wins. Winning 90 games rather than 89, for example, improves a team’s chance of making the playoffs by about 13 percent.”

Also, because it’s possible for this term to come out to zero, let’s stipulate that |P – W| can’t be less than 0.5. Anything less than half a game in the standings gets treated the same.

Let’s put this framework to use by examining one of the hypothetical trade scenarios in Ben Lindbergh’s recent list of good trade fits: Bartolo Colon to the Seattle Mariners.

C: The Mariners are very much in the thick of the playoff race, though with most of their key pieces locked up long-term and still relatively young, they can bide their time if things don’t work out this year. The Mets are still in a financial bind and nowhere near the Braves and Nationals in the NL East. Let’s give the Mariners a 1.2 and the Mets a 0.5.

U: Adding Colon to the Mariners’ rotation might seem like overkill with Felix Hernandez, Hisashi Iwakuma, and, strangely, Chris Young all pitching well, but a team can never have too much pitching. Colon has seen everything and is one year removed from a five-WAR season; he’d be an upgrade at no. 4 in the rotation. Let’s say he’s worth two happiness units to Seattle, with an equivalent number of future happiness units in the other direction in the form of prospects and salary relief.

P – W: As of Sunday, Baseball Prospectus’s playoff odds report had Seattle’s median projection at 83.3 wins, 0.7 wins behind the second wild card. If it matters, the Mets are projected to finish 9.1 games out.

Let’s do the math: 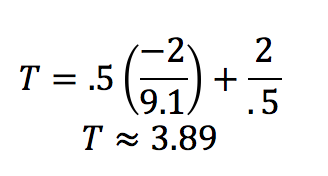 As you can see, this theoretical trade shakes out really well for both teams, assuming they agree with my off-the-cuff assessment of Colon, the players he’d likely net in return, and both teams’ ability to compete now and in the future. You’ll also notice that because marginal wins aren’t much use to the Mets right now, they wouldn’t have to get that much back for Colon to make a trade worth it, and that’s also instructive.

Now, I admittedly made up all of these numbers off the top of my head; the utility and contender variables are what Bill James would have called a “bullshit dump,” but this formula illustrates the thought process: The balancing of what a team is giving and what it’s giving up, as well as the way that teams join together to shuffle assets to wherever they’re needed the most.

This model is a simplified version of the complex calculations that are going on in 30 MLB front offices; break out the utility functions into their components and you’ll begin to understand the complexity of the discussions that are taking place this week, to say nothing of the potential opportunity cost of making a good deal when a better deal could have been had instead. Better data and a more sophisticated model might make this a real tool for analysis.

And if not, at least you now know not to waste your time by voting.