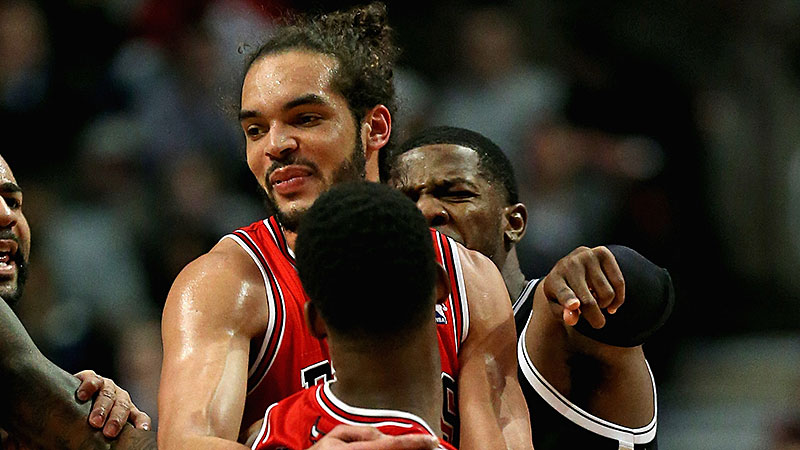 In case you were busy learning that skeleton is not a grave-digging competition and that you should be deeply ashamed of yourself, here’s what you missed in sports on Thursday:

• Despite a relatively inefficient shooting night, Kevin “Muffins” Durant dropped 43 points on the hapless Lakers in Oklahoma City’s 107-103 victory over the Lakers. “Man, what happened to those guys?” a visibly concerned Durant asked after the game. “They don’t look like themselves at all. I mean, that was a team that used to look good. Real good. I used to be like, ‘Damn, that team looks good.’” Durant then shook his head and added, “Three years ago I would’ve gotten together with that team. But they really let themselves go.”

• More college hoops games were postponed because of weather on Thursday, including Louisville at Temple and SMU at Rutgers. I’ve said it before, and I’ll say it again: Enough is enough, our nation’s colleges need to invest in indoor stadiums for their basketball teams!

• The Chicago Bulls continued their surge up the Eastern Conference standings, beating the Brooklyn Nets, 92-76, in their final game before the All-Star break. “We’re coming for you next, Toronto, so watch your backs,” Bulls center Joakim Noah declared after the game. “And then that’s it, because we’re rational and we know better than to talk shit when we can’t back it up.”

• Wisconsin outpaced Minnesota, 78-70, to grab a crucial Big Ten win and dent the Golden Gophers’ tournament hopes. The game was notable for being played in an indoor arena. Come on, America! Making guys play outside runs counter to the notion of providing our nation’s top young athletes with the caliber of facility they deserve. Basketball should not be played in the rain and snow. I won’t stand for it any longer. Raise taxes, raise tuition, I don’t care. Just do what it takes to have indoor gymnasia on every college campus in America by the end of the decade. We can do this together!

• Germany completed its sweep of the luge event with a dominant win in the luge team relay. Man, Germany sure is lucky at sliding down hills. I mean, what are the odds that the same country wins a hill-sliding competition so many times? Germany’s results almost suggest that luging requires skill, but of course that’s blatantly ridiculous on its face.

• The American men swept the podium in the inaugural ski slopestyle event, with Joss Christensen grabbing the gold. America has long dominated the world of slopestyle skiing. The original slopestyle champion was founding father Benjamin Franklin, who invented the sport in an ill-fated attempt to generate his recently discovered “electricity.” He tied a key to his servants and then sent them down a bumpy hill on skis. While the method proved inefficient for power generation, it did prove quite an entertaining event to watch. Franklin, however, was unwilling to remain a mere spectator, and quickly showed up his underlings by landing the first ever corkscrew backside 1980. Then he invented the refrigerator.