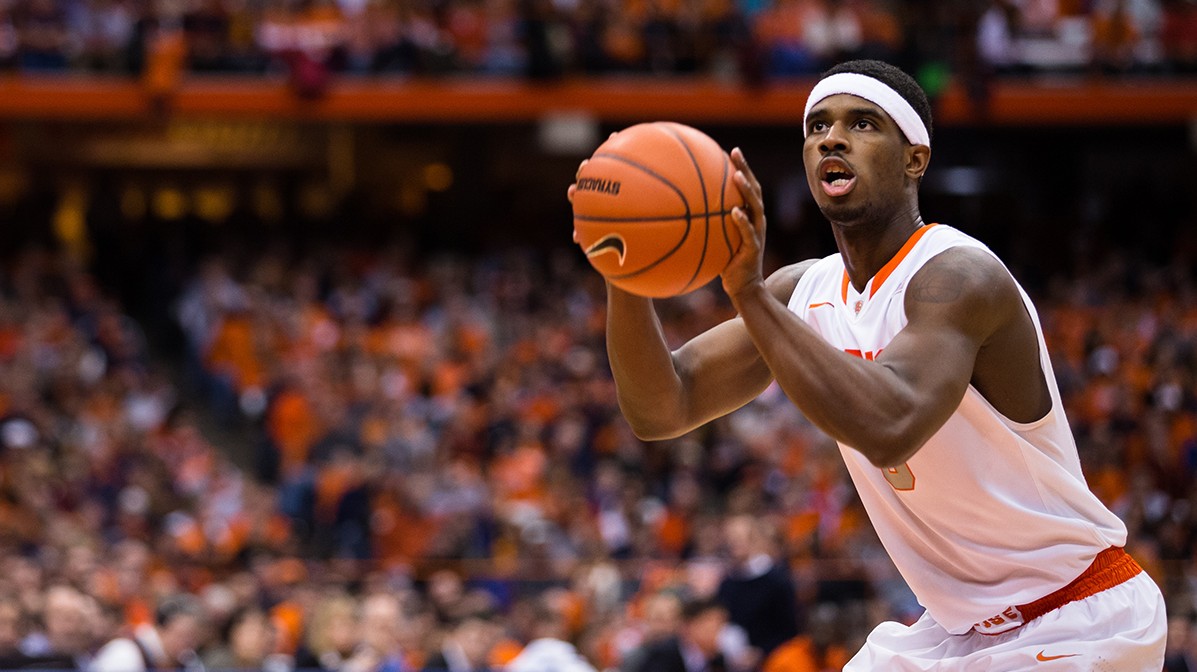 As badly as I wanted to make this week’s Triangle All-Stars focus on the best players in college basketball who hit a 35-foot game winner at Pitt on Wednesday, Grantland insisted the list include more than one player. This was a bummer because I could easily pump out a few thousand words on Tyler Ennis, his humongous cojones, and his performance against Pitt. But you know what? The worst part is that I won’t be able to make next week’s category “The top players with multiple pairs of lips tattooed on their necks,” because my exhaustive research only turned up Florida’s Chris Walker. (I know what you’re thinking, but Aaron Craft has only one pair of lips tattooed on his neck, so he wouldn’t have qualified.) At any rate, the Left-Handed All-Star Team was always inevitable, especially since there are so many great players to choose from. Here are my top southpaws in America. As always, I’ll start with the player I consider the team captain.

Ennis deserves all the attention he’s getting for ripping out Pitt’s heart, but Syracuse wouldn’t have had a chance to win Wednesday’s game if Fair hadn’t been clutch himself. With the Orange down five with just more than five minutes to play, Fair scored eight points over the next four minutes to cut Pitt’s lead to one before letting Ennis take over. Fair and Ennis have been doing this all season. It’s as if they get better when faced with pressure that would make 99 percent of players crumble. As for Fair, he’d be my pick for national player of the year if not for Doug McDermott. Not only is Fair the leader and best player on the top team in the country, but he’s also having a great statistical year (16.7 points, 5.8 rebounds, 1.4 assists, and 1.4 steals per game). Fair’s consistent greatness is why, despite a couple of recent close calls, Syracuse remains undefeated, and most importantly why he’s the captain of the Left-Handed All-Stars. 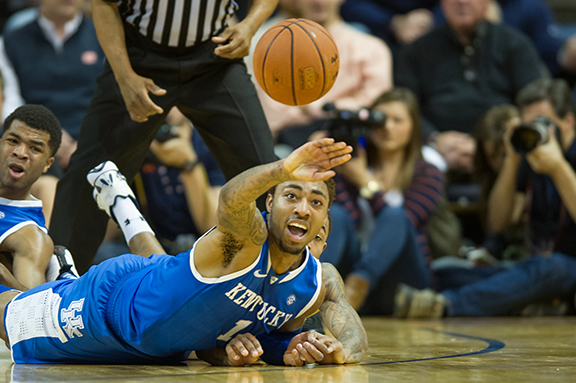 Like pretty much everyone else on Kentucky, Young has had ups and downs this season. He went 1-for-10 against Auburn on Wednesday, a week and a half after giving Missouri the business in Columbia. But when Young is on, he’s one of the most fun players in college basketball to watch. I’ve always felt like lefties just do things more smoothly than right-handed people in general, and Young’s jump shot does nothing to change my opinion. Even when he’s not hitting his shots, the way the ball comes out of his hand is so relaxed and fluid that I’d rather watch him shoot air balls than watch a lot of guys throw up garbage that goes in. Anyway, even though he’s had a few bumps in the road, Young has been one of the best players on a ridiculously talented team for most of the season, and he should be a lottery pick in June. And he’s not even the best left-handed player on his team.

Randle burst into the national spotlight by scoring 23 second-half points against Michigan State in his third career game, prompting all of Twitter to proclaim that Andrew Wiggins sucks and that Randle and Jabari Parker should be the top two picks in the NBA draft. Since then, Randle has certainly cooled off, but not by much. Like Young, he has played games Kentucky fans would like to soon forget (six points on 3-of-11 shooting, five rebounds, and three turnovers in a loss at LSU). But he’s also been a double-double machine (12 of them in 24 games) who has looked like the best player in America for stretches of the season. Barring a collapse in Kentucky’s final 15 games, Randle will certainly be a top-five pick in this year’s draft because, at his best, he’s a wrecking ball on the low block who demands double-teams because of his great shooting touch and feel for the game. Most reliable mock drafts have Randle going fourth behind some combination of Joel Embiid, Parker, and Wiggins, but considering how good Randle can be and remembering that we live in a world in which Anthony Bennett went no. 1 last year, Randle can still play his way into being the top pick. 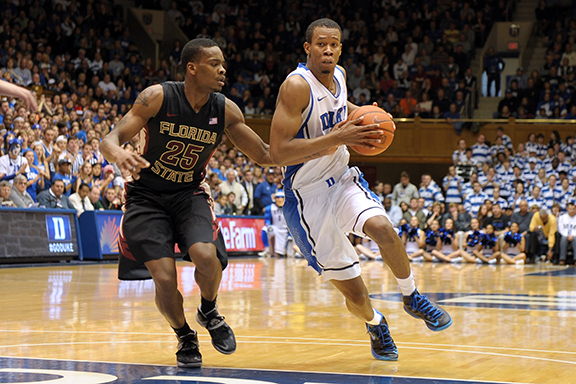 Am I crazy or is Hood the most underrated player in America? Duke is on fire right now and playing the best offense in college basketball, but how often do you hear Hood’s name when fans discuss the Blue Devils? The guy averages 16.5 points and 4.5 boards for a top-10 team, yet the 10 most popular topics of conversation about Duke remain:

3. Lack of white guys on this year’s team

8. Whether Marshall Plumlee is on the team as a favor to the Plumlee family

10. Josh Hairston may or may not be dead

As far as I’m concerned, Hood is the best player in the country who isn’t the best player on his own team, which might be a backhanded compliment, but whatever. Hood is supremely talented and virtually unguardable, and the Left-Handed All-Stars are lucky to call him a teammate.

If the national player of the year awards were given to the players who are the most valuable to their teams … well, McDermott would still win in a landslide. But Paige wouldn’t be too far behind. At 17 points and 4.6 assists per game, Paige has carried the Tar Heel offense all season, and he might be the team’s best defender as well. Leslie McDonald’s return has alleviated some of Paige’s outside scoring burden, but Paige is still the only North Carolina player who can pull from deep without making Tar Heel fans throw things at their TVs. After a rocky start to the ACC season (1-4 in its first five games), North Carolina is enjoying a five-game winning streak during which Paige has averaged 18 points, 6.0 assists, 3.2 rebounds, and 1.4 steals while shooting 47 percent from the field.

With Paige holding down the point guard spot, the Left-Handed All-Star lineup looks like this:

That team would win the national title. Prove me wrong.

Mamba is out and James Harden is in as a starter in this weekend's All-Star Game.