About Last Night: Down Goes A-Rod 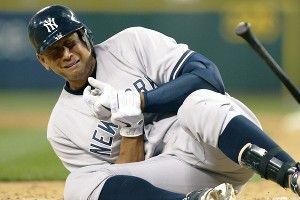 Video: Ichiro Comes to America in 1995