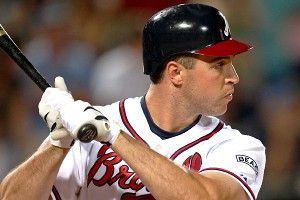 We’re six days away from the trade deadline, and teams are strategizing moves that could help their fortunes, now and in the future. But the deals we often remember best aren’t the big winners … they’re the devastating losers.

Here then are the bad trade archetypes, and the teams that would do well to avoid them.

You can attach “yeah, but” caveats to each of these trades. Then–Expos General Manager Omar Minaya was either convinced his team was about to be contracted, or using the threat of contraction as a convenient excuse to raze his farm system for a quick fix, and maybe establish his bona fides as a GM willing to make a big splash, in the hopes it would get him noticed. Colon did in fact pitch well for Montreal that season, but the Expos never got much closer than the fringes of contention. And of course, the three prospects they gave up all went on to have good-to-great careers elsewhere. Want to have a fun debate? Ask a Nationals fan how he feels about that deal, then get in a time machine and ask that same fan the same question five years ago. With Sizemore, Phillips, and Lee in tow, the Nats would’ve likely been a much better team in those first few years in D.C. On the other hand, Washington’s terrible play allowed them to snag Stephen Strasburg and Bryce Harper with consecutive no. 1 picks.

If Colon was good for the ’02 Expos, Teixeira was spectacular for the ’07 Braves, hitting .317/.404/.615 in 54 games; that the Braves missed the playoffs that year certainly wasn’t Tex’s fault. But the bounty Atlanta gave up for Teixeira would change the way teams do business at the deadline. Andrus, Feliz, and Harrison have all become frontline players for a powerful Rangers team, while Saltalamacchia’s finally started to tap into his potential with a big power breakout this year in Boston. Though we’ve seen a couple of huge trades for one player since then (the Erik Bedard deal six months later comes to mind), none have quite matched up to the Teixeira deal in terms pushing that many chips to the middle of the table in a deadline deal for a relatively short-term rental (Teixeira didn’t become a free agent until after the following season, and he’d been flipped to the Angels by then).

Team at risk to repeat the mistake: Dodgers

The Dodgers are rumored to be pursuing multiple pitchers, including the Cubs’ Ryan Dempster, who apparently nixed a deal to the Braves Monday with his 10/5 veto rights. Dempster leads all qualified big league starters with a 2.11 ERA, has wiped out his significant platoon split of years past, is walking fewer batters than ever before, and has been one of the more durable starters in the game, ranking 16th in innings pitched from 2008 through 2011, and recovering quickly from a rare DL stint earlier this year. Of course there’s also the .245 batting average on balls in play, the 83.9 percent strand rate, and, most important, the Dodgers’ misplaced priorities: Only three other NL teams have allowed fewer runs than the Dodgers, the return of Chad Billingsley from the DL firms up the rotation, and the lineup has multiple, gaping holes. The Cubs are said to be seeking Zach Lee from the Dodgers in a potential Dempster deal. Prospects have a tendency to get overrated, and pitching prospects are highly susceptible to injuries and general disappointment. Moreover, even in a worst-case scenario, neither the Dodgers nor any other team will give up three or four great prospects for one rental. Still, given that the 20-year-old Lee is widely considered one of the very best pitching prospects in the game, Dempster’s a free agent in a few months, and the Dodgers’ offense is starving for bats, this is setting up to be both a potential overpay and a misuse of assets.

Good news: The overnight acquisition of Hanley Ramirez and Randy Choate from the Marlins shows that the Dodgers appear willing to use their financial muscle, rather than their top prospects, to upgrade the roster. And that they understand their biggest weakness lay with their holes at first base, third base, and shortstop.

Honest to Flying Spaghetti Monster, this isn’t intended to be a hit piece on the Dodgers or their GM. But man, they sure have paid a heavy price for some merely decent players, haven’t they? The Blake deal worked in the sense that he put up OK numbers (.251/.313/.460) and the Dodgers took advantage of a truly awful NL West to win the division with an 84-78 record. But the price for two months of Blake (he’d re-sign at year’s end, but all the Dodgers were guaranteed at the time of the trade were those two months) was exorbitant. Santana was in the midst of a colossal breakout season as a prospect that year, and is now universally regarded as one of the best young catchers in the majors, despite having an off year in 2012. Meanwhile, McDonald has been the driving force behind a Pirates rotation that’s been one of the most pleasant surprises in baseball, giving the Bucs a great shot at making the playoffs for the first time in 20 years; all it cost Pittsburgh was two months of a 36-year-old relief pitcher. The answer to a great trivia question from Fangraphs writer Eno Sarris, by the way: Over the course of his career, Dotel has been traded for Derrek Bell, Mike Hampton, Mark Teahen, Mike Wood, Carlos Beltran, Kyle Davies, Andrew Lambo, James McDonald, Anthony Jackson, Trever Miller, Brian Tallet, P.J. Walters, and Colby Rasmus.

Teams at risk to repeat the mistake: Multiple

Tough to predict which team might shoot the moon for a non-impact player, at least given the rumors currently out there. But someone will. Happens every year.

2010: The Tampa Bay Rays have interest in Cliff Lee, with B.J. Upton’s name among those floated in possible trade scenarios. Instead, the Rays make just one deadline deal, picking up damaged-goods reliever Chad Qualls. Qualls posts a 5.57 ERA in Tampa Bay. Meanwhile, Lee lands with the Rangers. The Rays face Texas in the first round and lose in five games. Lee is the hero for the Rangers, going 2-0 with a 1.13 ERA, striking out 21 batters and walking none in 16 innings.

Team at risk to repeat the mistake: Yankees

Though it might seem like the Yankees fit The Onion’s parody perfectly, they haven’t gone nuts at the deadline in recent years by any means. Yes, they’ve made their share of deals, but those have usually been along the lines of a Kerry Wood rental rather than an all-in plunge. They hold the best record in baseball, and Brian Cashman is acutely aware of the crapshoot nature of the playoffs. Still, with Alex Rodriguez hitting the DL Tuesday night with a fractured hand, Michael Pineda, Mariano Rivera, and Brett Gardner already out for the year, and Andy Pettitte sitting on the DL, the Yanks aren’t close to full strength. Again, they’ve clearly overcome those injuries, and a weakened AL East figures to offer little competition for the division crown. But there are weaknesses here: A defense that ranks 24th and could use help beyond what Ichiro might offer; little right-handed power with A-Rod out, save for Andruw Jones and Mark Teixeira; and a starting rotation that looks a bit shallow behind CC Sabathia and Hiroki Kuroda, with Ivan Nova making good strides this year but also leading the majors with 64 extra-base hits allowed.

This is a playoff team no matter what. But acquiring reinforcements to make a run at a World Series wouldn’t be a bad idea.

Take it away, Dejan Kovacevic:

To start, rewind to Tuesday morning, hours before Major League Baseball’s 4 p.m. trading deadline. The Pirates, according to Littlefield, were frustrated by an inability to pry away one of the several targeted starters on his scouts’ list.

Time was running short, in more ways than one.

The Pirates had lost 13 of 15, and the main culprit was that rotation stalwarts Ian Snell and Tom Gorzelanny had dropped off dramatically. No more help was available in Indianapolis.

Also, and undoubtedly no less prominent in the thought process, principal owner Bob Nutting has stated that the job status of Littlefield and manager Jim Tracy will be evaluated after the season. Employees who answer to Littlefield, which means just about everyone in baseball operations, are worried about their futures.

Morris, who was not on the scouts’ list, was still there.

Two contenders, the Seattle Mariners and another unknown team, had been in light discussions with the San Francisco Giants about him, but neither was willing to take on his full contract, which calls for a guaranteed $13.5 million over this year and next.

Read the rest if you want to forget the wonderful season the current Bucs are having and relive one of the most excruciating and perplexing moments in franchise history. The Pirates were in last place, 13 ½ games out when they made the deal. Morris would be a free agent at the end of the following season, but not before the Pirates would have to pay him $13.5 million. And he wasn’t particularly good by that point, posting a 4.98 ERA for the season with a 4.65 xFIP and a career-low strikeout rate of less than five per nine innings; he’d throw just 22 1/3 innings the following year, then never toss another pitch in the big leagues. If this was an attempt by the Pirates’ collective brass to save their jobs, it was not a very successful attempt.

Team at risk to repeat the mistake: Yeah, not sure that one’s going to be topped.

About Last Night: Down Goes A-Rod