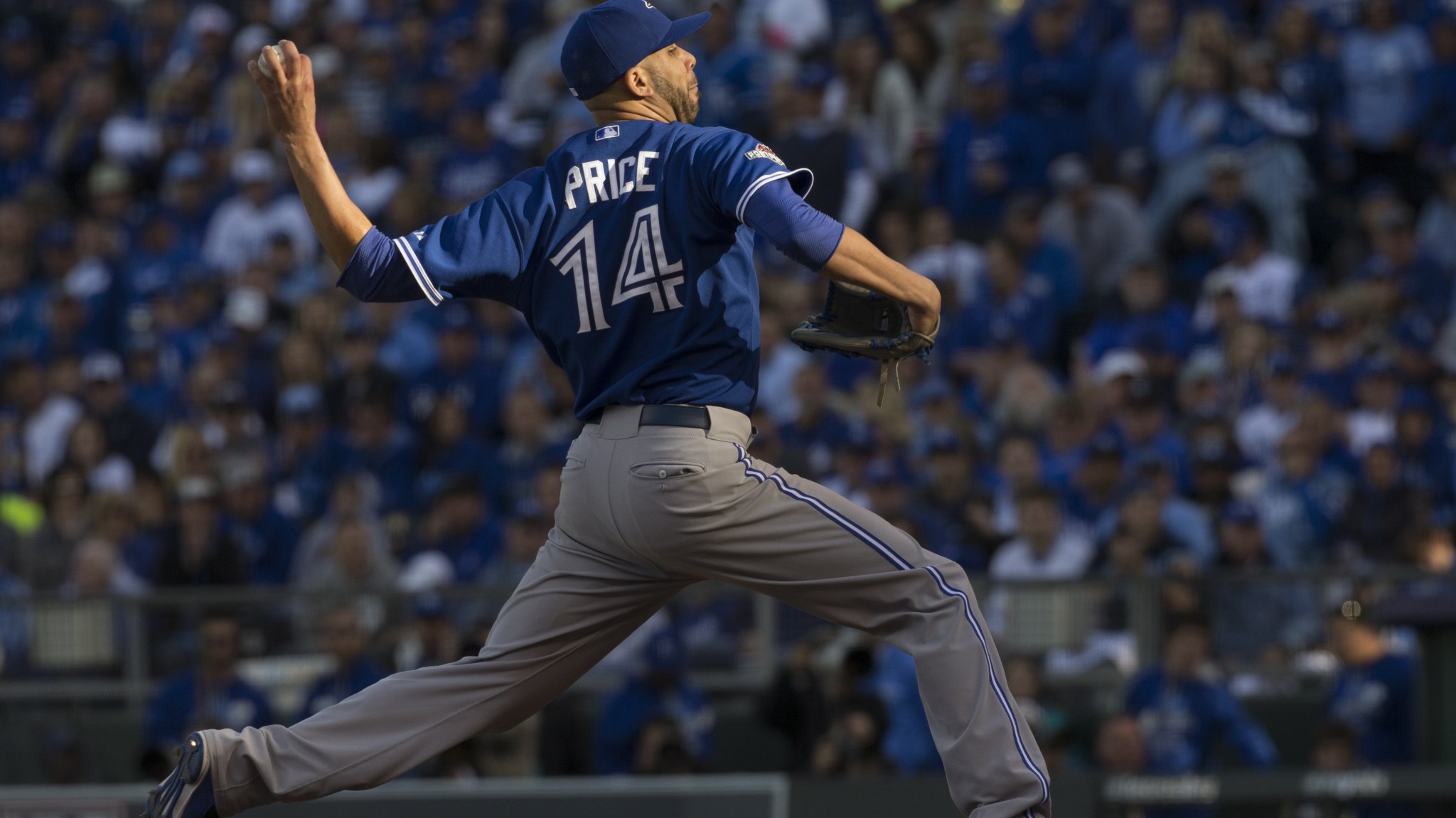 With a 3-2 lead in the ALCS and home field for the rest of the series, the Royals are big favorites to advance to the World Series for the second straight season. Armed with a contact-obsessed lineup bolstered by an indispensable no. 2 hitter, K.C. stands a 71.1 percent chance of moving on, according to Baseball Prospectus.

Those kinds of odds put the Blue Jays in a tough spot. Despite winning 93 games, Toronto was a sub-.500 team on the road during the regular season. Meanwhile, Kansas City played at a 102-win clip at home. Though the Jays did rally to win their ALDS, winning two in Texas before taking the deciding Game 5 at home, pulling off the same feat again, against a tougher opponent, will be an uphill battle.

With that in mind, let’s break down three key factors that could ignite an unlikely Jays comeback.

In the first five games of the series, the Royals have outscored the Jays 22-3 from the seventh inning on.1 We can account for half of that by crediting K.C.’s vaunted bullpen for holding Toronto’s bats in check late in games. But the Jays will bow out quickly if their pitchers turn the late innings into a relay race around the bases.

The biggest problem lies in the bullpen’s inability to get left-handed hitters out. The combination of lefty David Price starting Game 6, fellow lefty Brett Cecil being out for the series with a calf injury, third southpaw Aaron Loup being periodically unavailable during the playoffs due to family issues, and Major League Baseball foolishly not allowing roster replacements in cases like Loup’s has left the Jays staff short-handed. That’s an especially dangerous formula when you’ve got to deal with a Royals team loaded with potent left-handed hitters and switch-hitters, including Ben Zobrist, Eric Hosmer, Kendrys Morales, Mike Moustakas, and Alex Gordon. It’s even worse when the right-handers in Toronto’s pen who don’t close (Aaron Sanchez, Mark Lowe, LaTroy Hawkins, Liam Hendriks) are all so much better against righties, and highly vulnerable against lefties.

The best hope for the Jays and manager John Gibbons is for Price to go deep into Game 6, win that game, then hope that Marcus Stroman can follow suit in Game 7. But if either starter comes up short and has to leave a close game before the late innings, Gibbons could be in a bind. Option 1 is to lean heavily on Loup, who’s far from a sure thing; he’s allowed lefties to hit .275 with a .342 on-base percentage this year, to say nothing of his significantly worse performance against righties. Option 2 is to deploy Roberto Osuna2 in earlier-game, high-leverage, non-closing situations; even in a do-or-die game, many managers won’t take that step. Option 3 is to use anyone and everyone, and pray.

In other words, if the Jays ever needed a sparkling pitching performance from anyone, getting one tonight from the staff ace with the 5.44 playoff ERA as a starter would be a great place to start.

2. Get Better Production From the Leadoff Spot

So much of the focus has been on the Royals’ hitting (and the Jays’ run-prevention woes), but Toronto has had its share of lineup dead spots in this series. When an established masher like Edwin Encarnacion hits a rough patch, you chalk that up to small sample size and wait for regression to work in his favor. But when a hitter with a much less impressive track record struggles throughout the playoffs, that’s a bigger cause for concern. When that hitter is batting leadoff every game, it’s an issue that could need addressing.

Wanting a high-contact, speedy player to fill Jose Reyes’s old role, the Jays acquired Revere at the trade deadline from the Phillies. Gibbons slotted Revere in the leadoff spot for his first game with Toronto, got an 0-for-5 out of it, then dropped Revere all the way to ninth in the order, going with Troy Tulowitzki as the leadoff man instead. Tulo then struggled, prompting Gibbons to give Revere another shot. To no one’s surprise, Revere still didn’t hit for any power at all and rarely walked. But in his 56 games with the Jays, Revere was a .319/.354/.381 hitter, an upgrade over his career line of .295/.328/.348. Combine that batting average jump over one-third of a season with Revere’s excellent speed, and many Jays fans figured they had something close to a prototypical leadoff hitter.

There were two problems with this theory. First, 56 games don’t trump the 589 previous games he’d played in the big leagues, when his complete lack of power and walks overrode his pretty batting averages and made him a below-average hitter. Second, thinking of leadoff hitters in terms of batting average and speed misses the point of that role, and of batting order in general. The guy in your no. 1 spot is guaranteed to lead off an inning only once per game; the rest of the time, he could come up in any situation. Thus, the only thing we can say conclusively about leadoff hitters is that they’re guaranteed more times at bat than anyone else in the lineup.3 So really, the one thing you should want from your leadoff hitter is that he’s a good hitter — good at getting on base, and, yes, cranking out extra-base hits helps too. If the only thing your leadoff hitter can do is slap singles, that’s far from ideal. And if that singles spree dries up even a little, you’ve got a real liability on your hands.

That’s what Revere is now. In this year’s playoffs, he’s batting an awful .238/.304/.238. The odds are against him hitting that poorly for much longer. But that .319 batting average was also out of character and bound to regulate over time. The bottom line is that we have hundreds of games of evidence to suggest Revere is somewhere between the seventh- and ninth-best hitter in the Jays lineup. For that reason, he should be batting in the bottom third of the order.

Yes, there’s no one else on the roster who fits that stereotypical profile of a little waterbug causing havoc at the top of the order. But that’s a minor point. If the Jays want to improve their chances of scoring runs, and of winning this series, they’d be better off using any of the multiple superior hitters on the team in the leadoff spot. Granted, to win the series they’d have to win just two games, and anything can happen in two games, including Revere suddenly banging out a bunch of hits. But if the Jays want to give themselves the best odds, Revere should drop way down in the order.

This one isn’t a strategic move at all — it’s simply a matter of getting some better luck. The Royals were very successful hitting with runners in scoring position this season, batting .281 in those spots … the second-best mark in the American League. Coming in at no. 1, with a .286 mark? None other than the Blue Jays.

The Royals have added rocket fuel to those RISP results in this series by going 19-for-42, a preposterous .452 average. Meanwhile, the Jays check in at 11-for-46, a .239 average. While that dip in the Jays’ production isn’t that far out of character — especially with the potent Royals bullpen doing a lot of the damage — the Royals have been on another planet in terms of cashing in opportunities. There’s no way to know if those numbers will regulate in a span of one or two games. But if both teams revert to something close to their 2015 norms, the Jays could parlay their vastly superior power-hitting ability into the two more wins they need.

Of course, predicting whether that will happen, whether Price can turn around his string of bad postseason results to protect an outgunned bullpen, and whether Revere or anyone else can kick-start the offense at the top of the order is a nearly impossible task with so little time left in this series. In the end, a Jays series victory and a trip to the World Series will depend on the biggest factor that governs playoff results: pure, dumb luck.

Bridging the Gap: Can Jose Mourinho Rebuild Chelsea on the Fly?