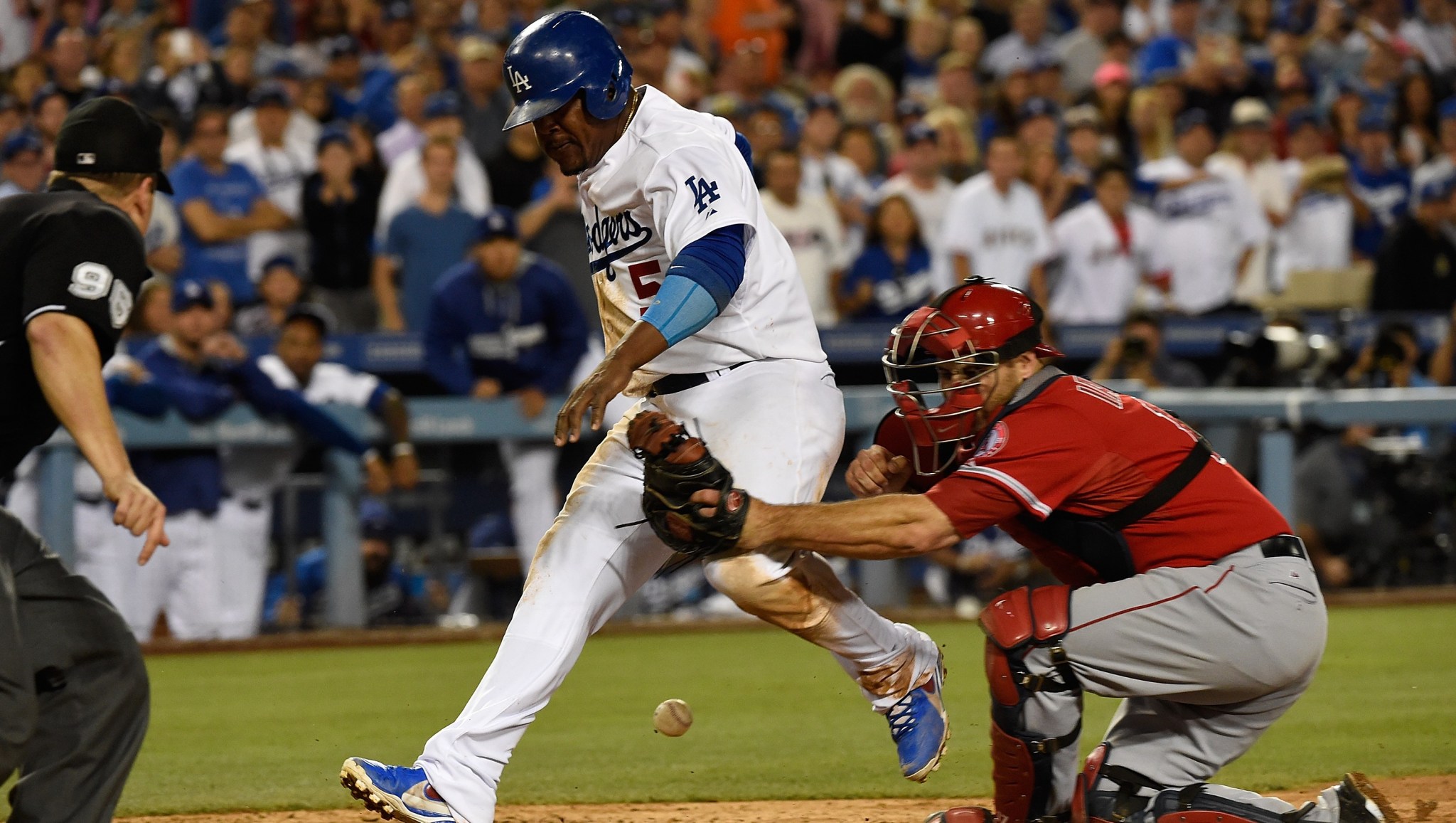 In case you were busy asking LeBron James for the one secret he used to lose that stubborn belly fat, here are the top six stories you missed in sports on Tuesday:

In acing the test:

Los Angeles starter Clayton Kershaw was uncharacteristically shaky, but the Dodgers fought back to grab a 5-4 win on David Freese’s error at home plate in the second game of their Freeway Series showdown with the Angels. I think the question we’re left with, however, is: “What is wrong with Clayton Kershaw?” I mean, only seven innings? Three runs given up, all of them earned? Two walks? Who does he think he is? His All-Star batterymate Zack Greinke?

Meanwhile in Seattle, AL Cy Young favorite Felix Hernandez dominated for eight innings, giving up only one run, as the Seattle Mariners beat the Atlanta Braves 4-2. This leaves us pondering the question “If Felix Hernandez pitches well for the Mariners and wins, can we really be sure he is pitching for the Mariners?” I want to reiterate that Felix Hernandez threw eight innings of one-run ball and won. In Seattle. Playing baseball. I want to run down a theory to explain this shocking turn of events: Felix is actually both himself and newly acquired outfielder Chris Denorfia. Denorfia is an identity that Felix assumed years ago and then stashed in San Diego, where no one would notice if a player kept racking up stats without ever coming to the ballpark. Then, when the Mariners finally made a playoff race, Felix would recall Denorfia and assume his identity as a means to take some control of his team’s offensive destiny. I mean, “Denorfia” sounds like a fake moniker that Felix came up with by stacking syllables together until he had something that could maybe be a name. Try to prove this theory wrong, guys. I dare you. You can’t. It’s airtight. Moving on …

Newly acquired Tigers starter David Price struck out 10, but took a no-decision in Detroit’s 4-3 win over the New York Yankees. But rather than dwell on Price, who looked like David Price in a new jersey, let’s instead take a second to pinpoint the exact moment during last night’s game when Brian Cashman’s heart ripped in half:

Yup, that’s Joba Chamberlain beaning the Captain while sporting a beard that made Brian Wilson go, “Dude, trim that up a bit on the sides, you look goddamn ridiculous.”

In breaking down barriers:

The San Antonio Spurs added WNBA legend Becky Hammon to their coaching staff, making her the first full-time female assistant coach in NBA history. When asked if this hire was a publicity stunt, Spurs head coach Gregg Popovich glared with such menace that everyone who looked upon his visage melted, as if in the presence of the open Ark of the Covenant. After the press corps that deigned to question Coach Popovich thusly had been smote, the five-time NBA champion smiled ever so slightly in recognition of his own awesome power, before asking the one trembling intern who had known enough not to look directly at him, “What do you think they meant by that? Is it because she played for the Russians?”

Slugger Adam Dunn pitched the ninth inning of the Chicago White Sox’s 16-0 loss to the Texas Rangers, giving up one run, while inducing mostly weak contact. “Pitching was a real eye-opener for me,” Dunn said after the game. “Did you guys know you were allowed to just put the ball in play and see what happens? I’ve been playing this game my whole life and never once tried it.” Dunn then shook his head and added, “It was real weird. Boring and weird.”

The Astros and Phillies played 15 innings before Ryan Howard hit a walk-off single to give Philadelphia a 2-1 win. The game lasted five hours and five minutes, and had an announced attendance of 28,336. Now, what I think we need to know about this game is the impact of the boredom it created. Let’s assume that all those fans in attendance made it through nine innings, before starting to leave at a linear rate (this may be oversimplified, but bear with me). After 15 innings, let’s assume that 30 percent of those who paid to attend the game remained at the ballpark. This means that 60 percent of the game was played in front of all the fans who bought tickets, while 40 percent was played in front of a dwindling minority, which eventually numbered only 8,500 by the time Howard won it for the Phillies. To calculate how much extra time that minority wasted, we just integrate under a function that models the attendance through extra innings, and add that to the full attendance multiplied by 60 percent of the time of the game (that 60 percent coming from the nine regulation innings out of 15 that were likely seen by the full crowd). This means we can conclude with almost total certainty that figuring out how many man-hours were wasted at Citizens Bank Ballpark watching the Phillies and Astros play 15 innings of baseball is the only thing more boring than watching the Phillies and Astros play 15 innings of baseball. Also, the answer is approximately 123,875.