About Last Night: D’Antoni Gets His Groove Back 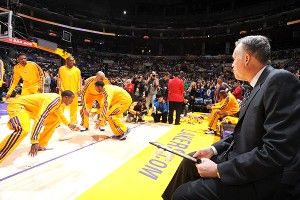