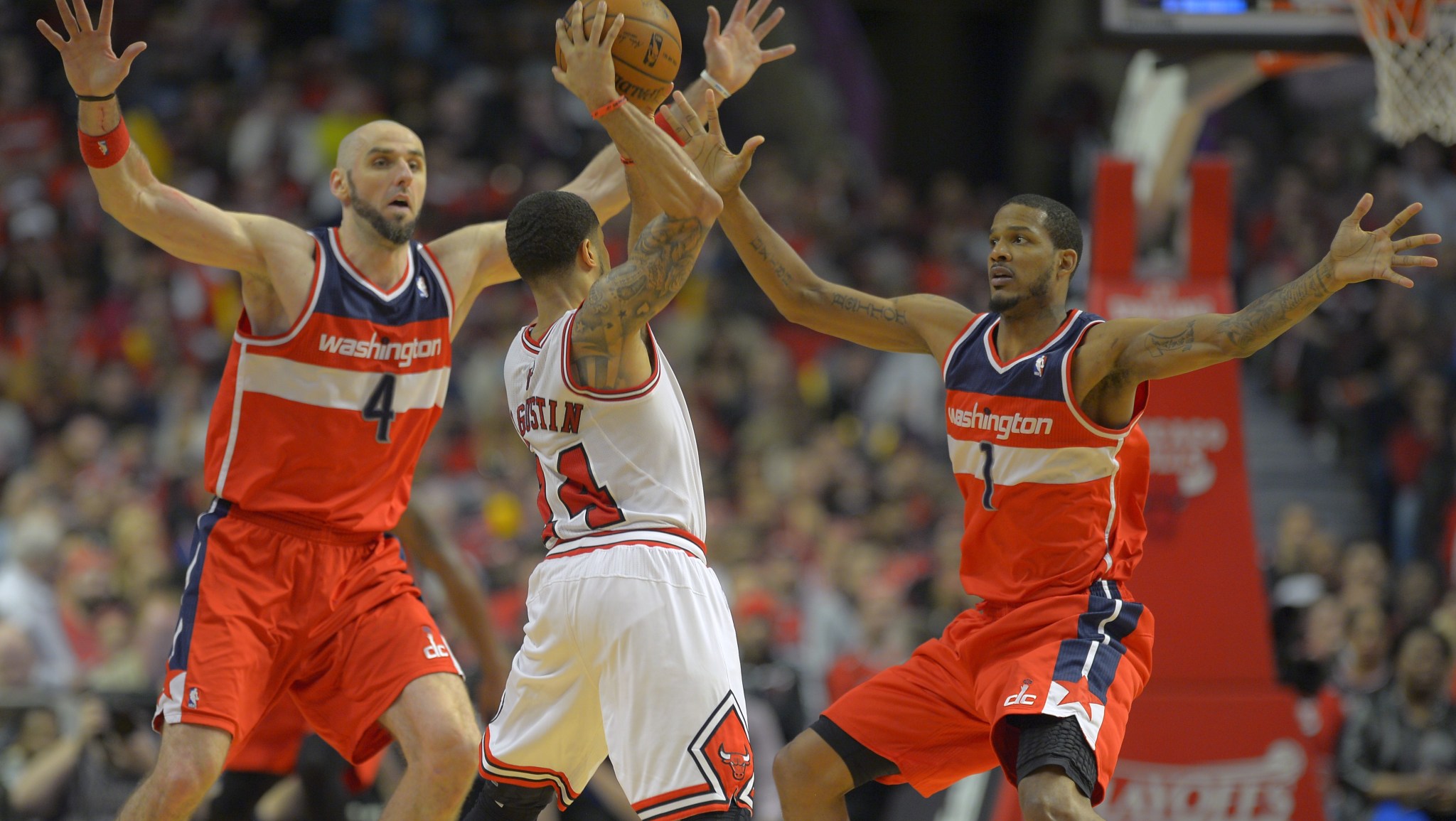 In case you were busy camping outside of NFL headquarters waiting for Wednesday’s schedule release, here are the top four stories you missed in sports on Tuesday:

Indiana asserted itself in the Eastern Conference playoff picture, evening up its series with a 101-85 win over Atlanta, while Bradley Beal and the Wizards grabbed their second consecutive road win by beating the Bulls 101-99 in overtime. The Wizards’ game featured the Club Trillion line of the season as Washington reserve shooting guard Garrett Temple posted a stunning 0 minutes, 0-0 shooting, 0 points, 0 assists, 0 rebounds, 0 steals, 0 blocks, 1 personal foul, minus-4 stat line. Although, mathematically speaking, this stat line makes Temple a member of the far less catchy Club 5/-3.

Albert Pujols became the third-youngest player to hit his 500th career home run as the Angels romped past the Washington Nationals 7-2. “Five hundred? That’s pretty good,” said teammate Mike Trout of Pujols’s accomplishment, “Albert’s what? 34? That’s a good specific number for me to shoot for.”

Patrick Marleau’s backhand goal in overtime gave the San Jose Sharks a 4-3 win over the L.A. Kings and a commanding 3-0 series advantage, while the Montreal Canadiens were able to finish off the Tampa Bay Lightning with a 4-3 home win. It should also be noted that Wikipedia currently has 11 citations for Marleau’s birthplace disputing whether he was born in Aneroid, Saskatchewan, or Swift Current, Saskatchewan. Now this may seem trivial to those of you who are unaware of the long and bitter rivalry between Aneroid and Swift Current, which dates back to a time when a fur trader from Swift Current thought the town’s name was “too braggy on behalf of the current, which isn’t always so swift.” This trader then decided to found his own town and name it after a barometer. Unfortunately for this trader, dishonesty reigns in real estate, and the town of Aneroid has only 45 residents, a paltry sum when compared to the 15,000 in Swift Current. So on behalf of the sad, barometrically inclined folk of Aneroid, I implore Swift Current to give up Marleau on Wikipedia. Accept that he was born in Aneroid, and move on. You already have Joe Sakic.

Chelsea held Atletico Madrid to a yawn-inducing 0-0 draw in the first leg of their Champions League semifinal. Since the match was so boring that it warrants little additional comment, let’s look instead at the appointment of Ryan Giggs as interim player-manager at Manchester United. American sports have a great history of player managers, with Lenny Wilkens and Bill Russell in the NBA, Tom Landry and his protégé Dan Reeves in the NFL, and Joe Torre, John McGraw, and Frank Robinson among many others in baseball. Comparably rich is the history in European soccer, with the likes of Kenny Dalglish at Liverpool and Ruud Gullit at Chelsea serving the player-manager role for their squads. And while Giggs’s role is one that has merely gone out of fashion abroad, here in the States we have Pete Rose, whose gambling scandal can be blamed for the disappearance of the player-manager. Which is the second-worst thing Rose ever did, behind this Jockey ad from 1977: