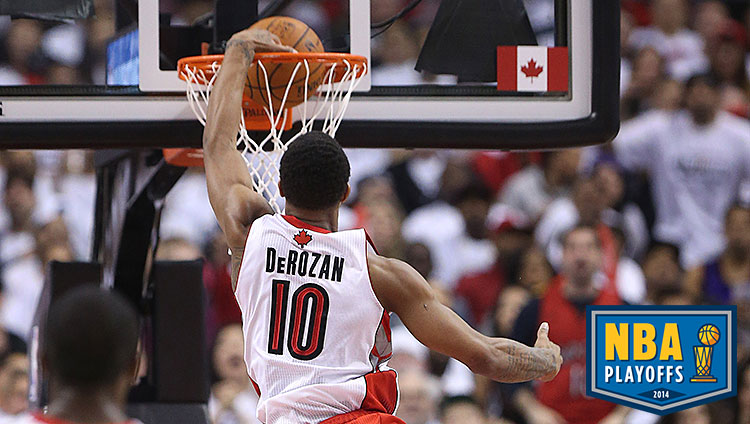 In his first seven quarters of the series, DeRozan shot a dismal 8-for-29 from the field. But he’s a worker in the Kobe Bryant school of dogged persistence. He was going to find his way out eventually, come hell or high water, as Kobe might say. And he was going to do it the same way he’s done it all season. No surprises. One of the many reasons why basketball is neat is it’s a sport that grants a player the power to repeatedly stop time through sheer force of will. The player can then use the luxury of frozen time to shoot one or two (or three) unperturbed shots from a fixed location to affect the outcome of a game. It’s a power that we as viewers often take for granted.

The stat sheet will note that DeRozan played eight minutes and 35 seconds of the final quarter. The stat sheet lies. He couldn’t have played less than 25 minutes in that 12-minute quarter. In that “8:35,” DeRozan scored 17 points and attempted 11 of his 14 free throws. He made a few fadeaway jumpers from near the top of the key to ice the game late, the same shots he’s worked on since learning them at the Kobe Bryant Skills Academy in 2007. We’ll be real: He’s no Kobe, and he’s no Vince. But last night, his playoff heroics were exactly what Toronto needed, and they came right on time. 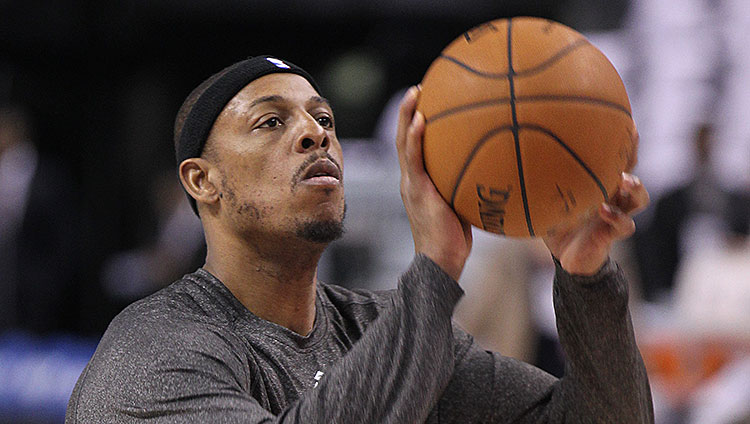 netw3rk: Paul Pierce is the kind of dude who likes telling little kids that Santa died. Maybe that’s why he’s called “The Truth.” There have been many other big shot-makers in the league, but perhaps none were as consistently and gleefully cruel.

Never lightning quick even as a young player, Pierce possesses exquisitely crafted footwork — rocker-steps, turnarounds, fadeaways, step-backs — that allows him to create space almost in slow motion. He’s like a snake charmer; his defender might be quicker, longer, more athletic, but if his man bites at the wrong flourish, Pierce just floats away, drills the shot, and then proceeds to rub every bit of what just happened in everyone’s face. Pierce came into the fourth quarter 0-for-5, four of those misses from deep, many of them wide open. He struggled with foul trouble early. No matter. The fourth quarter is where Paul Pierce murders dreams.

He hit his first shot of the game, a 15-foot leaner, plus the foul, with 3:48 left in the game. Tied at 83. You could almost hear a sotto voce cello playing the first strains of “The Rains of Castamere.” With less than a minute left, he unspooled a languid left-to-right crossover on Patrick Patterson and glided in for a layup and the foul. 92-90 Raptors. Moments later, Pierce got loose for a wide-open wing 3 off a KG flare screen for the chance to put Brooklyn up one with 25 seconds left. The Air Canada Centre crowd made a sound like it was watching a horror movie. Pierce missed. Santa lives. But if Pierce gets as open as that again, maybe not for long.

How Green Was My Valley 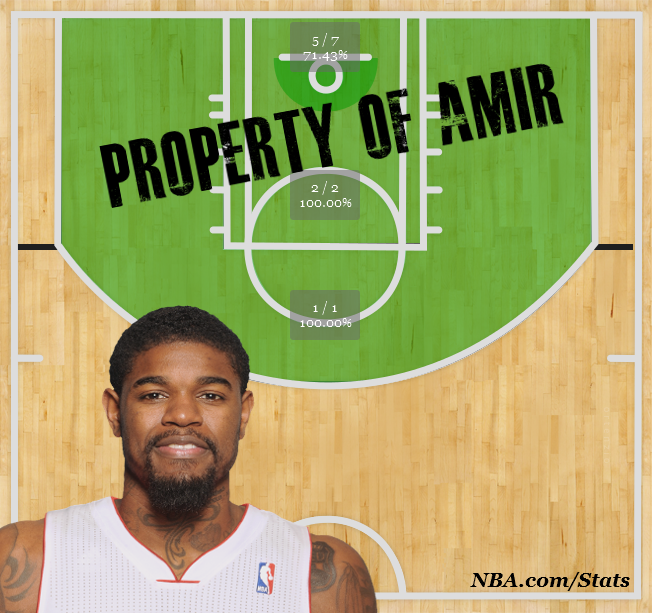 The Tribe Has Spoken 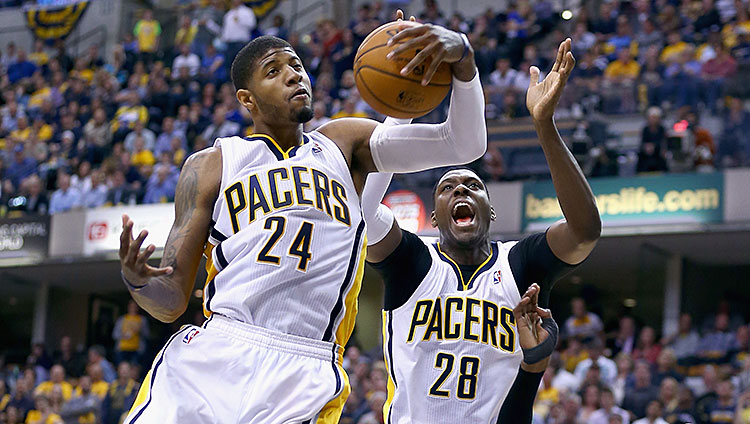 Chris Ryan: Indy won last night, thanks to appearances by November Paul George, 2010 Luis Scola, and the real Atlanta Hawks. Even in victory, though, the Pacers still felt like Survivor: The Brickyard. I already know they aren’t going to pull the tribe together; I just want to find out who gets voted off the island.

I found myself looking for frayed nerves and bad body language last night. How come everyone on the Pacers’ bench would do 3-goggles whenever George hit a shot, but not when Scola knocked down three or four jumpers to keep Indy from falling out of the game early? Did Roy Hibbert’s miked-up speeches from the pine seem inspiring or pathetic? Can any of these dudes stand Lance Stephenson? Evan Turner cannot, apparently.

The Pacers have been so bad for so long that this is how I’ve trained myself to watch them. It’s not about what they can fix, it’s about who is keeping them from fixing it. It’s going to take a couple more comfortable wins for anyone to start looking at what Indiana is doing right, because right now what’s going on is a lot more interesting.

Live by the D.J., Die by Everyone Else

Robert Mays: There’s something truly unsettling about the state everyone in the United Center reached last night near the beginning of the second quarter. It came when D.J. Augustin, he of the successful waivers process in December, drilled a 3 to start the frame — his ninth, 10th, and 11th points in exactly three minutes. The shot cut the lead to eight; later in the quarter, he’d hit another that would trim it from seven to four. It was all part of the grim realization that has become familiar to Chicago playoff basketball the past two seasons: If the volatile, undersize backup point guard isn’t scoring, neither are the Bulls.

Augustin’s offensive redemption in Chicago has been a tad overstated, although still undeniably impressive. His successes on that end are in relation to his new teammates, a group that even with him trolls the last eight seconds of the shot clock for looks in an offense that resides near the league’s leaky, dimly lit basement. Overall, Augustin’s efficiency numbers aren’t staggering (his Game 1 performance is more familiar than people think to plenty of others from this year), but on this team, he’s entirely necessary.

Maybe the most significant redemption is that life with Tom Thibodeau has turned Augustin into a passable-enough defender that he can survive 41 minutes of a playoff game (Augustin did a lot of the right things defensively last night; his teammates, in too many spots, did not). The Bulls needed all of them, and all 25 points he finished with. There were moments when knowing that was thrilling, and the stir in the stands whenever he sliced the ball behind his back and moved toward the rim was proof of it. But there were others when I was just one step closer to being fed up with life without an NBA offense. I love D.J. Augustin, unlikely superhero. I’m just tired of needing it.