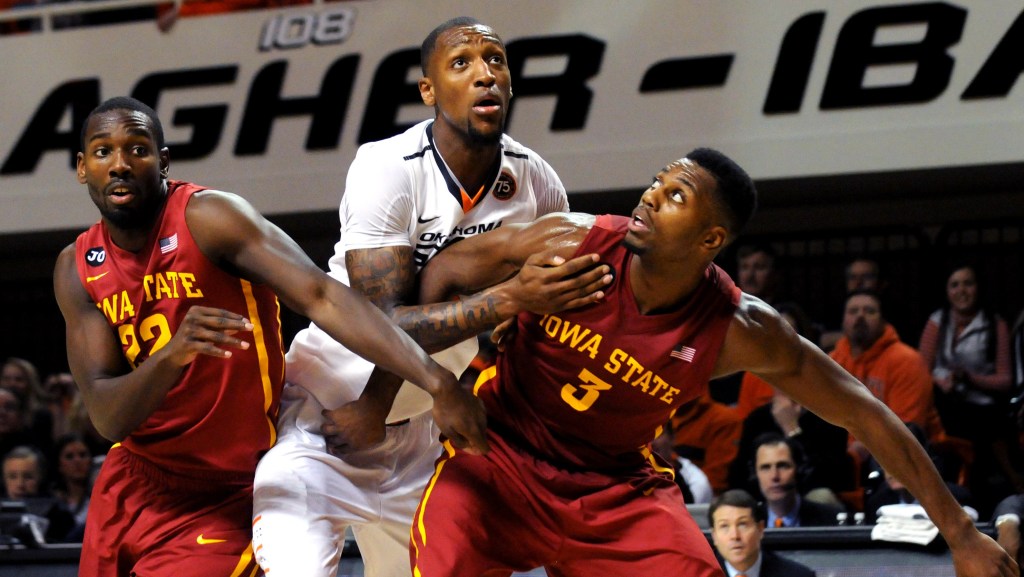 In case you were busy mourning the loss of football until August, here’s what you missed in sports on Monday:

• Iowa State grabbed its first win in Stillwater since 1988, beating Oklahoma State, 98-97, in a triple-overtime thriller. “Finally,” said Cyclones guard DeAndre Kane as he stared into the distance. “This venue has haunted me since my birth. Every morning I wake up with the name ‘Stillwater’ echoing in my skull. Villainous cowboys dance in my dreams, tormenting me. When I close my eyes, I see T. Boone Pickens’s smirking face. But now who will see T. Boone Pickens’s face when they close their eyes? Probably no one.”

• Joakim Noah may face disciplinary action from the NBA after specifically telling each of the referees “fuck you” after being ejected from Chicago’s 99-70 loss to the Sacramento Kings. The disciplinary action will likely be the harshest the NBA has doled for a reference to the film Half Baked since Rasheed Wallace whispered, “Abba-Zaba, you my only friend” in Joey Crawford’s ear back in 2002.

• On the day he decided he didn’t like the nickname “The Slim Reaper,” Kevin Durant had 31 points as the Oklahoma City Thunder won their seventh consecutive home game, 86-77 over the Memphis Grizzlies. The search is now on for a new nickname for Durant. My suggestion? “Muffins.” Why? Because if you don’t like your sweet new nickname, then you get the nickname “Muffins.”

• Trevor Cooney poured in 33 points, including nine 3-pointers, as newly minted no. 1 Syracuse held off Notre Dame, 61-55, to remain perfect on the season. Cooney’s nine 3-pointers equaled a team record first set by assistant coach Gerry McNamara, who said after the game, “That was awesome. Watching Trevor play like that makes me want to get back out there. You know, maybe drug Trevor at halftime, put on his jersey, and just play the second half of one game. I mean, no one really gets hurt. It’s just one game. And I mean, people chloroform people in movies all the time. And they’re fine. Boy, it would be fun to see what happened. Just getting that chance to get back out on the Carrier Dome floor, even if I had to wear one of my students’ jerseys. I bet I could put up nine 3s in a half.” McNamara then paused, before adding, “Wait, am I saying all of this out loud? Because if so, could you guys tell me if this sounds like a good idea or a great idea?”

• Randy Foye’s buzzer-beating 3-pointer was the difference as the Denver Nuggets topped the Los Angeles Clippers, 116-115. “Vengeance is mine!” Foye, the former Clipper, was heard to exclaim after draining the shot over confused Clippers forward Blake Griffin. Minutes later, Griffin, brow furrowed, found Foye in the tunnels beneath the Pepsi Center and asked him, “What did you mean when you said, ‘Vengeance is mine’?” Foye looked at his former teammate and replied, “Dude, the team let me go.” Griffin, puzzled, asked, “What team? Dude, who are you?” And as it dawned on Foye that his teammate of two years had no idea who he was, he hung his head and muttered, “I suppose vengeance isn’t mine at all, is it?”

• The Brooklyn Nets beat the Philadelphia 76ers, 108-102, in front of a crowd featuring Super Bowl–winning quarterback Russell Wilson. “Man, that was tough,” said Nets forward Kevin Garnett after the game. “That dude is so poised. I kept thinking to myself, I can’t mess up in front of Russ. But then I remembered the words of Russell Wilson, and I thought to myself, Why not me? Why not Kevin Garnett? Why can’t Kevin Garnett win a regular-season game over the Philadelphia 76ers with Russell Wilson watching?” Garnett shook his head and added, “Man, I’m just glad we won. That’s the sort of thing I can tell my grandkids about.”

• Chelsea fullback Branislav Ivanovic was the only player to find the back of the net, as the Blues shut out Manchester City, 1-0, and moved into a tie for second place in the Premier League. “It’s an important goal for me and my team,” Ivanovic said after the match. “As the saying in my country goes, ‘It is wise to support the wealthy Russian man if you are stuck between him and the royal family of Abu Dhabi.’ You’d be surprised how often that comes up.”

Where Do the Broncos Go From Here?