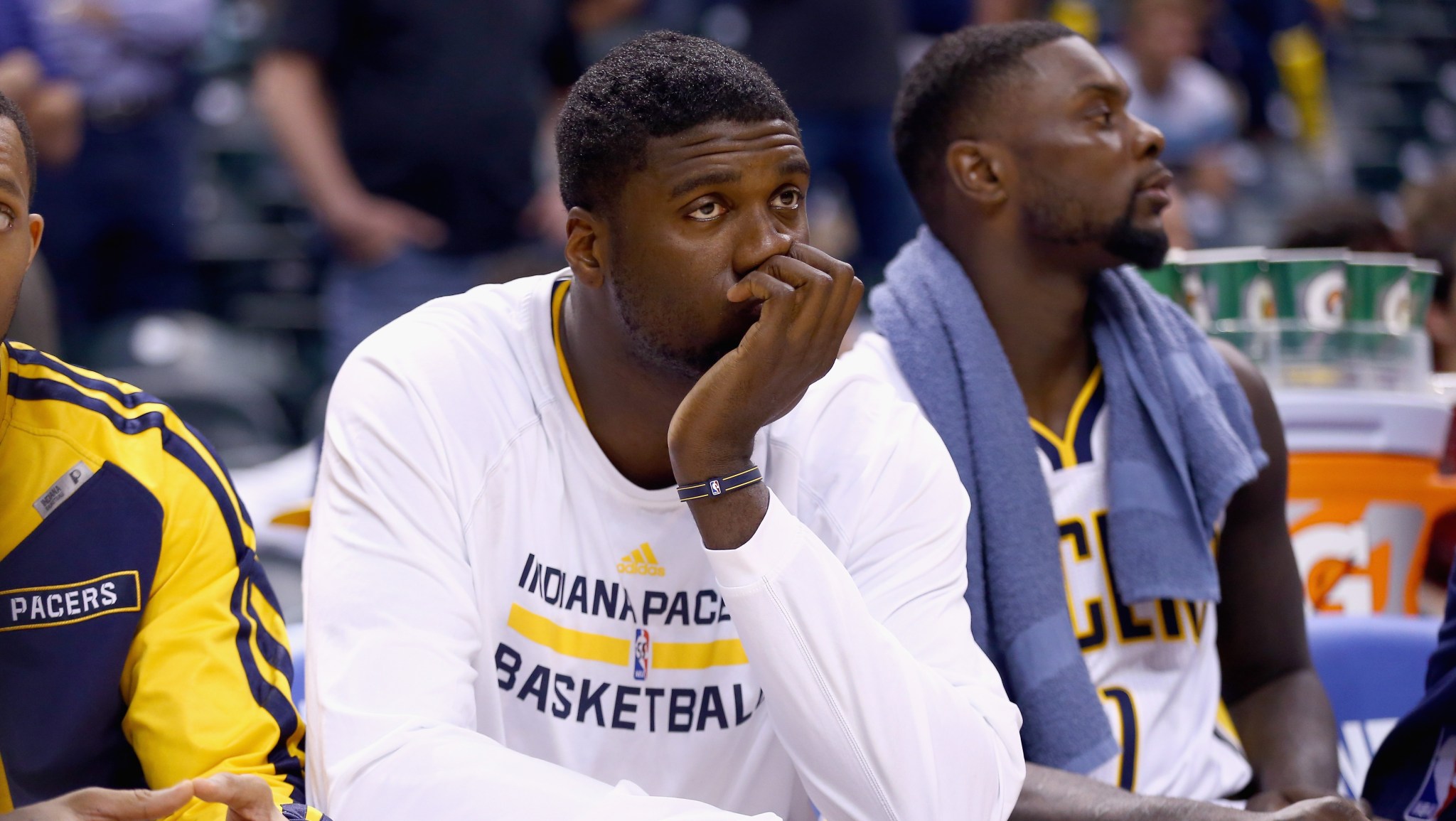 In case you were busy making an unconvincing slippery slope argument, here are the top five stories you missed in sports on Monday:

In a cause for genuine concern:

Roy Hibbert managed zero points and four fouls in 12 minutes, and his Indiana Pacers now find themselves facing a 3-2 series deficit after looking completely lost at home in a 107-97 loss to Mike Scott and the Atlanta Hawks. Because I’m genuinely worried about Hibbert, who has been as ineffective as Hasheem Thabeet this series, I Googled “Roy Hibbert sick” just to see if there’s any specific news out there about Hibbert having a serious disease. The top result, however, was a 2012 story titled “Roy Hibbert Is Sick of You Confusing Him for Hasheem Thabeet.” Now I don’t want to say Hibbert is getting revenge on people who have confused the two players in the past by taking on Thabeet’s playing style, but the only other explanation I have is that he and Thabeet switched bodies after being cursed by a magical fortune-teller. Which is at least slightly less plausible, right?

In series that were supposed to be over:

The Los Angeles Kings beat the Sharks, 4-1, to fight all the way back from a 3-0 series deficit to force a decisive Game 7 in San Jose. When asked if he believed his team had the fortitude to turn things around, Sharks captain Joe Thornton shook his head and said, “Nope, we’re boned. Totally boned. Patrick Marleau hasn’t stopped crying, and Joe Pavelski keeps asking what his shoes with blades are for. And I don’t have an answer.” Thornton then grabbed the collar of his interviewer and screamed, “What are his blade shoes for? Won’t someone tell us what Joe Pavelski’s blade shoes are for?”

While Erik Spoelstra’s Heat finished off the Bobcats with a 109-98 win, the Gregg Popovich versus Rick Carlisle battle in Texas is continuing to produce thrilling results, with the Spurs evening the teams’ series at 2-2 with a 93-89 win over the Mavericks. When asked how he viewed the chess match that he was playing with Carlisle, Popovich replied, “While that’s none of your damn business, he has me in check with his bishop, but I think I can take his queen with my knight in my next three moves.” When asked if he was referring to his deployment of Boris Diaw, Popovich shot back, “No. Boris Diaw is a basketball player. He has no impact on my chess match with Rick Carlisle, which we have carried on via correspondence for the past half-decade.” Popovich then glared and added, “Besides, my knights are obviously Manu and Danny Green. Boris is a rook.”

In the totally rational vilification of Sidney Crosby:

Evgeni Malkin’s hat trick provided the Penguins with just enough to top the Blue Jackets, 4-3, and push Pittsburgh into the Eastern Conference semifinals. But the question remains, with no goals in six games, what can we expect from so-called superstar Sidney Crosby going forward? After the half-dozen games that was Crosby’s first round, can he really be expected to lead this team to any sort of glory? Can Sid the Kid become Sid the Guy Who Wins the Big One? Or will he remain in the mode of legendary chokers Phil Mickelson and LeBron James as regular-season showboaters incapable of bringing their game to the next level when it really matters?

In evidence that Billy Beane’s shit still works in the regular season:

A’s starter Sonny Gray stayed red hot, outdueling Yu Darvish as Oakland beat the Texas Rangers, 4-0, to reclaim first place in the AL West. When asked if he was soaking in the adulation that Major League success brings, Gray shrugged and replied, “I’m just glad to escape my previous claim to fame as a peripheral character in a John Steinbeck novel.”