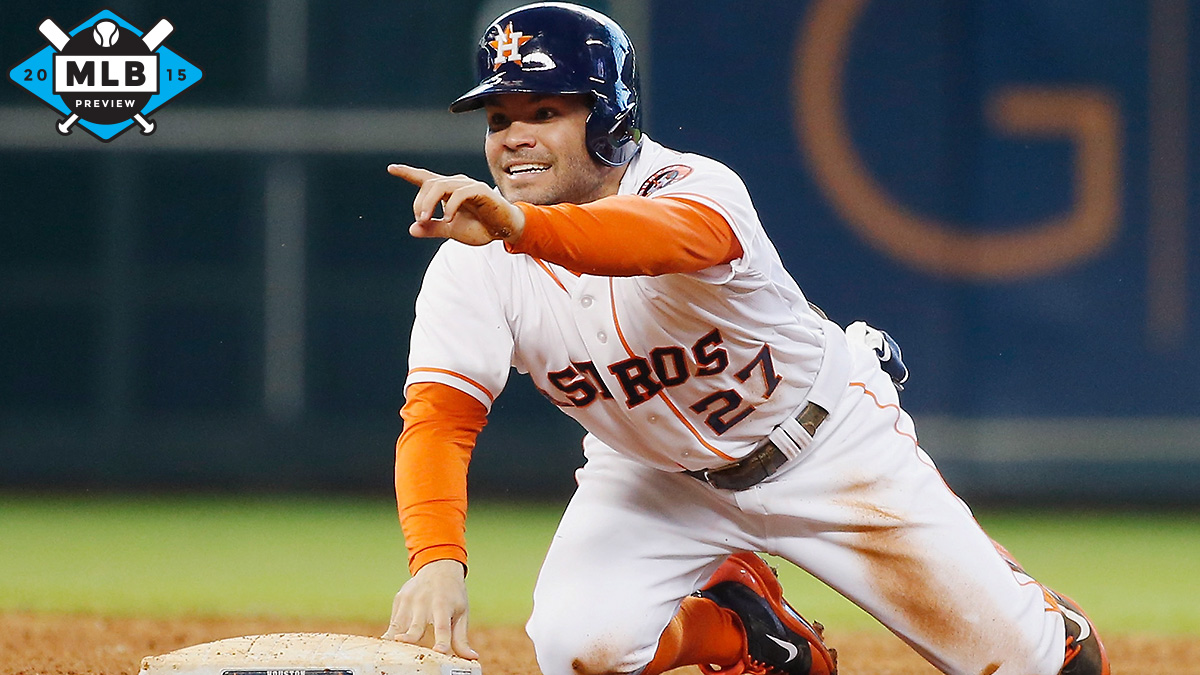 Aesthetics are important in sports, which isn’t lost on us here at Grantland. In the spirit of the League Pass rankings and BestCoolest lists, I’ve started each of the past two seasons by making a lineup card of the most watchable players in baseball — the guys you want to see whenever they’re at bat, in the field, or on the mound. As always, my selections reflect my preferred style of play, so if I didn’t give your favorite big leaguer the respect you think he deserves, it’s either because we have different aesthetic ideals, or because I hate your team.

I’m totally in the tank for Lucroy, who was the most underrated player in the game as recently as midway through last season. Being one of the best defensive and pitch-framing catchers in the game would make him a valuable everyday player even if he didn’t hit like a corner outfielder, which Lucroy does. There’s very little that’s flashy about Lucroy’s game or personality, and that absence is usually a turn-off for me, because I love drama. But his game is so technically sound and so meticulously crafted that it’s consistently compelling to watch.

Second team: Buster Posey, San Francisco Giants. Posey’s certainly the best catcher in the game, and he’s similar to Lucroy in many respects — a little bigger and a little more showily athletic, but also a great two-way player with a somewhat milquetoast personality. He’s been on this list three years running, and it’s not like he needs me to advocate for him, but I would like to take a moment to say how much I love his swing. The way he loads his hands back and high, then arcs the bat gently through the zone like a golf club, is just beautiful to watch.

There are players across all sports who deserve to play for less clueless owners, and Goldschmidt is certainly one of the poster boys. Unlike most first basemen, who are statues who go up to the plate and strike out a lot in search of the occasional dinger, Goldschmidt can run the bases a little, and when he hits a home run, he makes it count.

Second team: Joey Votto, Cincinnati Reds. I love Votto’s intelligence and candor, plus the courage he displays by broadcasting them in the face of certain aggressively retrograde, anti-intellectual elements of his local media. It’s difficult to think of a city that deserves Brandon Phillips as much as Cincinnati does.

Votto displays an equally rare quality on the field: It’s fun to watch him hit not because of what happens when he makes contact, but because of what happens before he makes contact. Watching Votto is like watching Greg Maddux: You think through the puzzle of a plate appearance with him, and you can feel the mental mechanisms moving as he evaluates a given pitch. He’s a truly fascinating, possibly unique mind among active baseball players.

Last year, I said Altuve was entertaining but overrated. Since then, he’s won a batting title and stolen 56 bases, so now he’s entertaining and really good. Altuve hardly ever strikes out, and he runs the bases aggressively. Offensively, that’s pretty much all I want from a player.

Second team: Ian Kinsler, Detroit Tigers. Dee Gordon deserves some consideration because he’s so much fun to watch on the bases, but I think he’s going to come crashing down to reality after his breakthrough 2014 season in a way that isn’t going to be fun.

Most of the good second basemen in the league aren’t really bad at anything, but also don’t have any outstanding physical tools. Most of them also moved to second base from somewhere else. Jed Lowrie (who’s not playing second at the moment, but has in the past), Kolten Wong, Brian Dozier, Jason Kipnis, Kinsler, Dustin Pedroia, and Chase Utley are variations of the same player, but Pedroia and Utley are past it a little at this point, and Kinsler gets the nod over Kipnis and Dozier because … umm … he strikes out less, I guess?

He’s responsible for 90 percent of the truly breathtaking highlights in baseball. I never considered anyone else even for a moment.

Second team: Troy Tulowitzki, Colorado Rockies. When he’s healthy, he’s so much better than every other shortstop that it makes up for how often he’s not. One underrated but fun thing about Tulo: He’s an excellent defender despite being one of the slowest shortstops in baseball. Watching him do what he does with positioning, arm strength, and a quick first step is truly amazing.

He’s been my choice each of the past two years, and he’s still the best two-way third baseman in the game, even in his age-36 season. He also brings the added bonus of the occasional head-touching freakout.

Second team: Pablo Sandoval, Boston Red Sox. I love his high-contact offensive game, the way he grenaded his way out of San Francisco, and the fact that he’s proof positive that sometimes you’re better off being fat and happy than making yourself miserable by trying to get into shape. He’s a beacon of body positivity, and for that, I salute him.

Much as with Lucroy, I don’t know that Yelich is the greatest or most compelling player at his position, but I like him personally. He’s fast, he’s good in the field, he gets on base a lot, and he’s got the kind of hit tool that could win him a batting title someday. And hitting in front of The Mighty Giancarlo Stanton, he’s going to score about 150 runs this year.

Second team: Starling Marte, Pittsburgh Pirates. A person with more conservative tastes might choose Alex Gordon or Michael Brantley, and I wouldn’t blame anyone for doing so, but I’m going to pick the lunatic hacker who stole 30 bases last year.

Last year, I said Craig Kimbrel is so good that he’s almost boring, and Trout’s getting there too. Still, there’s nothing like watching him pound the crap out of a ball he hits into the gap; by the time the camera pans back to show the ball reaching the cutoff man, he’s usually already standing on second base.

Also, what I said about Votto being one of only a handful of guys whose hitting approach alone is interesting to watch applies to Trout as well.

Second team: Lorenzo Cain, Kansas City Royals. Everyone knows about the defense and the stolen bases, but I don’t think we appreciate how good Cain was at the plate last year: .301/.339/.412 is very good in this offensive environment, even if his .380 BABIP suggests that he might not repeat that production. I love Andrew McCutchen and Carlos Gomez, but I feel like I know what I’m getting from those guys in a way that I don’t with Cain.

Second team (tie): The Mighty Giancarlo Stanton, Miami Marlins; Jason Heyward, St. Louis Cardinals; Bryce Harper, Washington Nationals. With Harper moving to right field, four of the five hitters I personally find most compelling are going to be manning the same position in the same league. I’m not going to choose only one from among the three.

The two guys I picked the past two years, Yu Darvish and Jose Fernandez, are both out for the time being getting new elbow ligaments. For some reason, everyone seems to be crapping on Strasburg, which is the result of all the hype that surrounded him as a prospect. It’s unfortunate, because Strasburg is, in fact, one of the best pitchers in baseball. He topped 200 innings for the first time last year, and did so while striking out more than a quarter of the batters he faced, and more than five times as many as he walked. Given his total repertoire, I’d rather watch him than Clayton Kershaw.

Second team: Clayton Kershaw, Los Angeles Dodgers. But it’s close. Kershaw’s the best pitcher in the game, and his curveball is, in my opinion, the prettiest single pitch in baseball, particularly with Darvish on the shelf.

I enjoy seeing the limits of human capacity — not my own, of course, because it’s a big, scary world out there and my couch has such a pleasant butt-groove to sit in. But other people’s. I went on a kick a while back where I read a bunch about mountaineering and watched documentaries about climbing K2, and watching Chapman throw a baseball is that sort of thing.

Second team: Sergio Romo, San Francisco Giants. Full disclosure: I’m a Phillies fan who still isn’t really over the 2010 NLCS, and if I saw Cody Ross on the street, I’d probably pull his stupid ears right off his head. So I used to detest Romo. Since then, though, I’ve come to appreciate how much fun it is to watch this little guy with a janky sidearm motion-pump throw slider after slider in the zone and dare people to hit it.

Pick or Trade: What Should the Jazz Do to Make the Leap?

The Fun in France: Are We Set for a Boring End to the European Soccer Season?