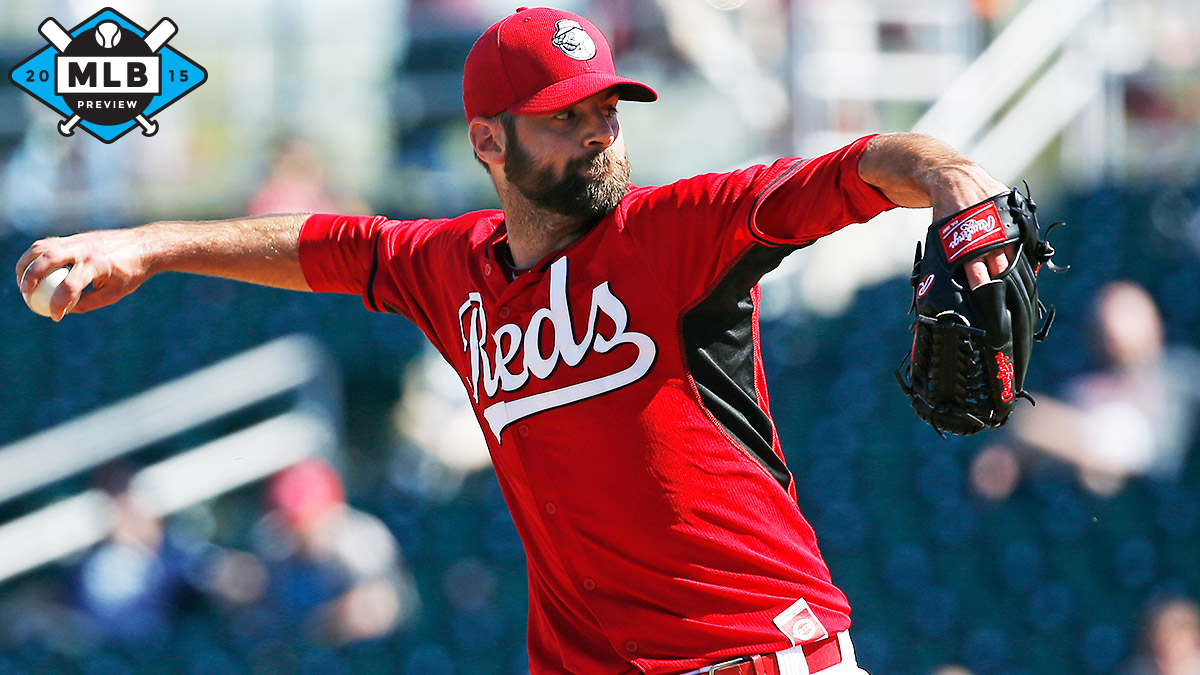 For those of you still buried in the snow, it’s probably hard to believe that baseball season is right around the corner. I promise, though: It’s coming. The clouds will part, the ice will melt, you’ll forgive Iowa State for ruining your March Madness bracket, and it will once again be Opening Day for our national pastime.

As fans far and wide reacquaint themselves with their home team’s friendly confines, they’ll probably find some new food at the concession stands, bump into a new mascot, and even spend some time wondering what that big clock is doing out in center field. But few will waste a second checking out the bullpens, and that’s a real shame.

Every dugout is about the same: There are some benches, a bat rack, a helmet thingy, a place for the lineup card, blah blah blah. Every bullpen, however, is as unique as the relievers who call it home. As I’ve traversed the American and National leagues over the past seven seasons, I’ve spent ample time in each and every visiting pen. While they’re not all exciting, most have something that makes them special, or at least especially terrible. So get your brain thinking baseball, gas up the bullpen cart, and take a ride with me as I critique and praise some visiting-team bullpens from around the majors. 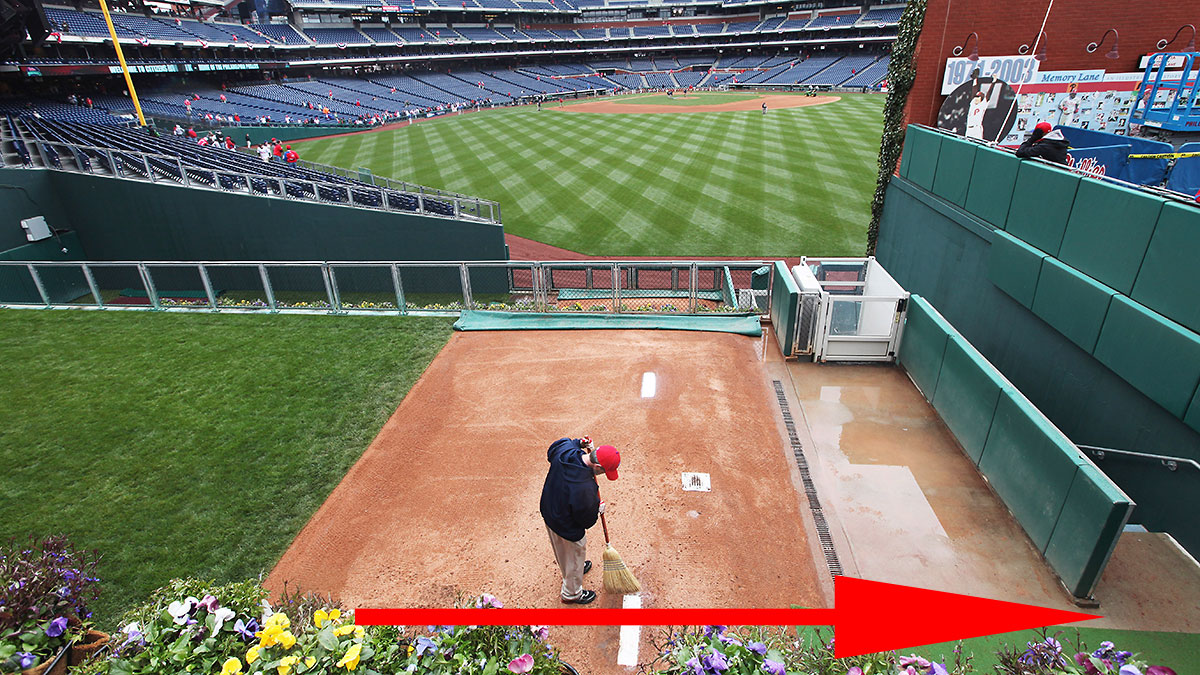 You’d think the notoriously hostile fans in Philly would be the toughest part about this bullpen, but they aren’t that much worse than the average crowd. They’ll mock you and let you know that you suck, but that’s all pretty standard fair: What’s a day at work without being told you stink, anyway?

The toughest part is actually the treacherous path from pen to field. The visiting bullpen sits high atop the home pen in straightaway center, and believe it or not, it’s actually the only setup in baseball situated in dead center. This provides a great view of the game, especially given the height, but that’s both a blessing and a curse. I’m not sure how many steps there are, but it feels like a solid three flights from the visiting pen to the field. When I’m called into a game, I like to get out to the field quickly, throwing my last pitch and then bounding through the outfield gate. Not in Philly, though. In Philly, I take my time. The last thing I want to do is catch a cleat and break my face tumbling down the stairs on my way to a “Not Top 10” appearance.

It would be a dream come true to get to Citizens Bank Park this year and see that they’ve installed an escalator. Safety first!

Typically, every pen has cops or security guards assigned to it, and they’re tasked with both normal security stuff and making sure fans don’t get too vulgar when heckling players. They’ll sit idly by and watch as someone tells you that you’re going to blow the game, that you belong in Triple-A, or that his grandma throws harder than you.1 If a fan drops an F-bomb, though, security will spring into action, getting an usher to, uh, usher him out.

Atlanta has some badass security guards. They all wear the ’N Sync headset thingy. They’re all pretty jacked. They all wear cleats. (Yes, cleats!) And a lot of them wear sweatbands. They have to be the toughest-looking security crew in the league, and they don’t mess around: I once saw them kick out a 12-year-old kid because “he doubled back” asking for an autograph after they told him to beat it.

Unfortunately, they also have at least one major flub on their record, which I witnessed when I was with the Marlins in 2010. Everyone in the visiting Atlanta pen watches the game from atop the left-field wall, right behind the foul pole, and a lot of guys set their gloves back by the warm-up mounds. When time came for one of our guys to get loose back in ’10, his glove was nowhere to be found. Someone had sneaked in the back door, tiptoed to the mound, snagged the glove, and peaced out without any of the super security guards in Atlanta watching. It was the first and last time I’ve ever seen a glove go Bye Bye Bye. 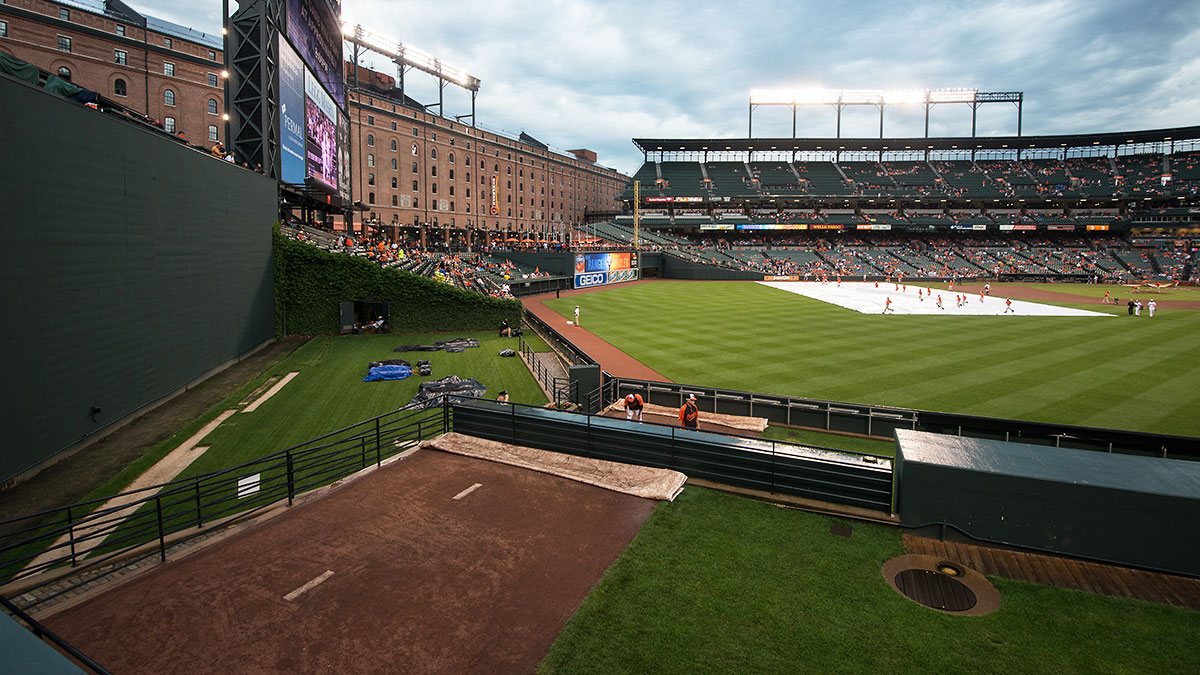 There are quite a few unique things about the visiting pen at Camden Yards. The home- and visiting-team bathrooms are situated right next to each other, for example, and nothing spells awkward more than leaving the shitter and having to give a proverbial “sup, man” to an opposing reliever as he hits the crapper as well. There’s also the cobblestone ramp from the outfield wall to the visitor’s pen; Philly’s stairs still narrowly edge the Camden cobblestones in terms of sheer danger, but I have a feeling that I’d walk better in high heels than I do in cleats on cobblestone.

The most unique part of the visiting pen in Baltimore, however, is Stretch Lady, an Orioles fan who shows up to most games, sits in the section nearest the bullpens, and mimics the stretch routines that relievers go through as they warm up. She doesn’t do this to mock us, since she mimics both the Orioles and the visitors; she does it because she has to. She doesn’t care how many fans around her think she’s nuts; she has to stretch with the pitchers. As soon as someone starts doing some arm circles, Stretch Lady stands up and does some arm circles. She’ll bend over and touch her toes. She’ll do the arm-across-the-chest stretch. She’ll stretch out her forearms, hop up and down, and bend to the right and then the left.

Ask guys around the league what their favorite road city is, and I bet you’ll hear Seattle a lot. Safeco Field is one of the best parks in the game, and Seattle is an all-around awesome city. Seattle is home to grunge, the Puget Sound, the first Starbucks, Pike Place Market (where they throw fish around in front of tourists), and lots of cool, original places to eat. Toss in the fact that Seattle is the only major league ballpark that I haven’t pitched in, and a trip there is a full-on vacation for me. I’ve played in the American League for only two of my seven seasons, yet I’ve managed to be a visiting player in Seattle in five of those seasons, totaling 16 games. Haven’t pitched in one of them, though. Hell, I was even on the home team in one of those contests, but if I’m not mistaken, I don’t think I’ve even warmed up at Safeco. Seattle = Badenhop vacation.

Overall, the Seattle pen is a pretty decent spot for a vacation. There’s a comfy bench that has a curved little roof thing that reminds me of the benches from European soccer matches. There’s a good view of the game and enough space to move around to stretch. The main issue in Seattle is proximity to fans. There’s a concourse directly next to both bullpens that allows fans to get up close and personal, and for a while, there was a chain-link type of fence used to separate the concourse from the pen, giving the setup a zoolike feel. (The fans were the patrons, the relievers the monkeys they paid to see.) The fence provided a decent barrier from hecklers … until they removed it. Now you can buy a beer, hang out in left field by the visiting pen, and spit on the players if you really wanted to.2 You won’t find me within spitting distance, of course; I’ll gladly be on the soccer bench, feet up, enjoying my Seattle vacay. 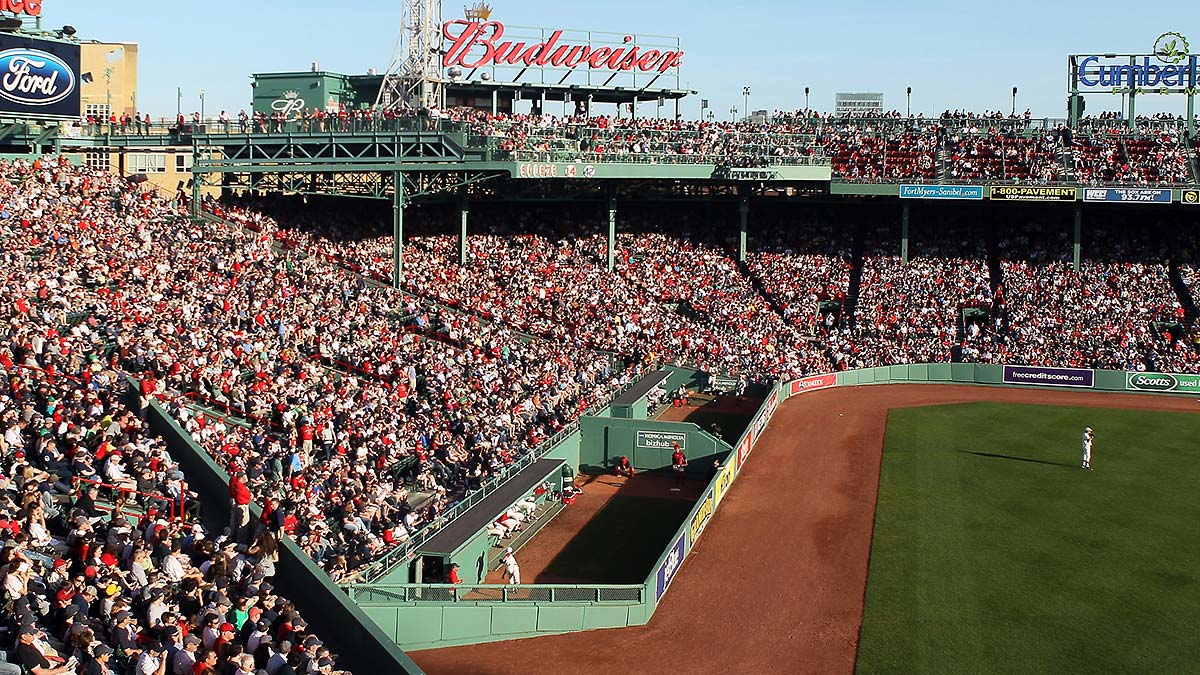 The Green Monster. Pesky’s Pole. The Lone Red Seat. The Triangle. Fenway Park is a gem. To have called it my home for a year is an honor. It’s one of baseball’s smallest parks and probably its most intimate, and the home and visiting bullpens are mirror images of each other in right-center field. They also have to be the smallest pens in the majors. The cramped quarters can feel even smaller when you’re double-barreling, with two relievers warming up at the same time.

On the visiting side, a right-handed reliever cannot warm up using the mound on the right because there’s a wall about 18 inches to his right, giving him no room to throw; instead, he must use the mound on the left. The problem is, when two relievers warm up at the same time, one is usually right-handed and the other is usually left-handed. Typically, a lefty throws on the mound to the left and a righty on the mound to the right so that their backs face each other and their arms are as far apart as possible, helping to avoid both potential tangling and catcher confusion. That won’t work at Fenway, though. There, relievers have to do the opposite, and if one of the pitchers warming up throws three-quarters or side-armed, the mess could be even bigger than usual.

Double-barreling at Fenway also has consequences for the guys who aren’t warming up. The bench is so close to the nearest mound that if you lean over to tie your shoe, you’ll likely lose an eyebrow. The bathroom is so proximate that anyone exiting better be aware of the double-barreling or risk wearing one in the back of the neck. A three-game set in Boston is bound to bring a team’s relievers closer together.

Relievers are people too. No, we’re not as good as the starters, because if we were, we’d be starters.3 If we happen to make it onto SportsCenter on a given night, it’s usually because we blew the game, not because we won it. Relievers tend to be a forgotten bunch — just ask the people who built AT&T Park. Rumor has it they built the entire ballpark and forgot to put in bullpens. Slap. In. The. Face.

If they did plan for them, it was the worst plan ever. The rest of the park is amazing. Like, really amazing. If you’ve never been, you have to go. The bullpens are the opposite of amazing, though. They’re tucked tightly down the right- and left-field lines, and they aren’t actual bullpens, because an actual bullpen has a place for all of the relievers to sit and hang out. The visiting pen in San Francisco has one bench that is just about big enough for two butts. There is no place to hang, stretch, or flick sunflower seeds at the back of the person sitting in front of you.

This means the relievers have to hang in the dugout and then run out to the bullpen when they need to warm up. Being in the dugout during the game is awkward. It kind of feels like the baseball equivalent of watching American Pie with your parents. You don’t want to be there. They really don’t want you there.

A dugout doesn’t feel like home to a reliever. And having to sit in one raises so many questions: Are there certain places I can’t sit? When can I use the bathroom? Should I high-five someone after he scores? There’s a reason the bullpen was invented in the first place! Relievers are people too!

Burke Badenhop has seven years of experience as an MLB pitcher. He signed with the Cincinnati Reds this offseason. If he ever gets to pitch at Safeco Field or gets Stretch Lady to do a backflip, you’ll be the first to know.