The Fun in France: Are We Set for a Boring End to the European Soccer Season? 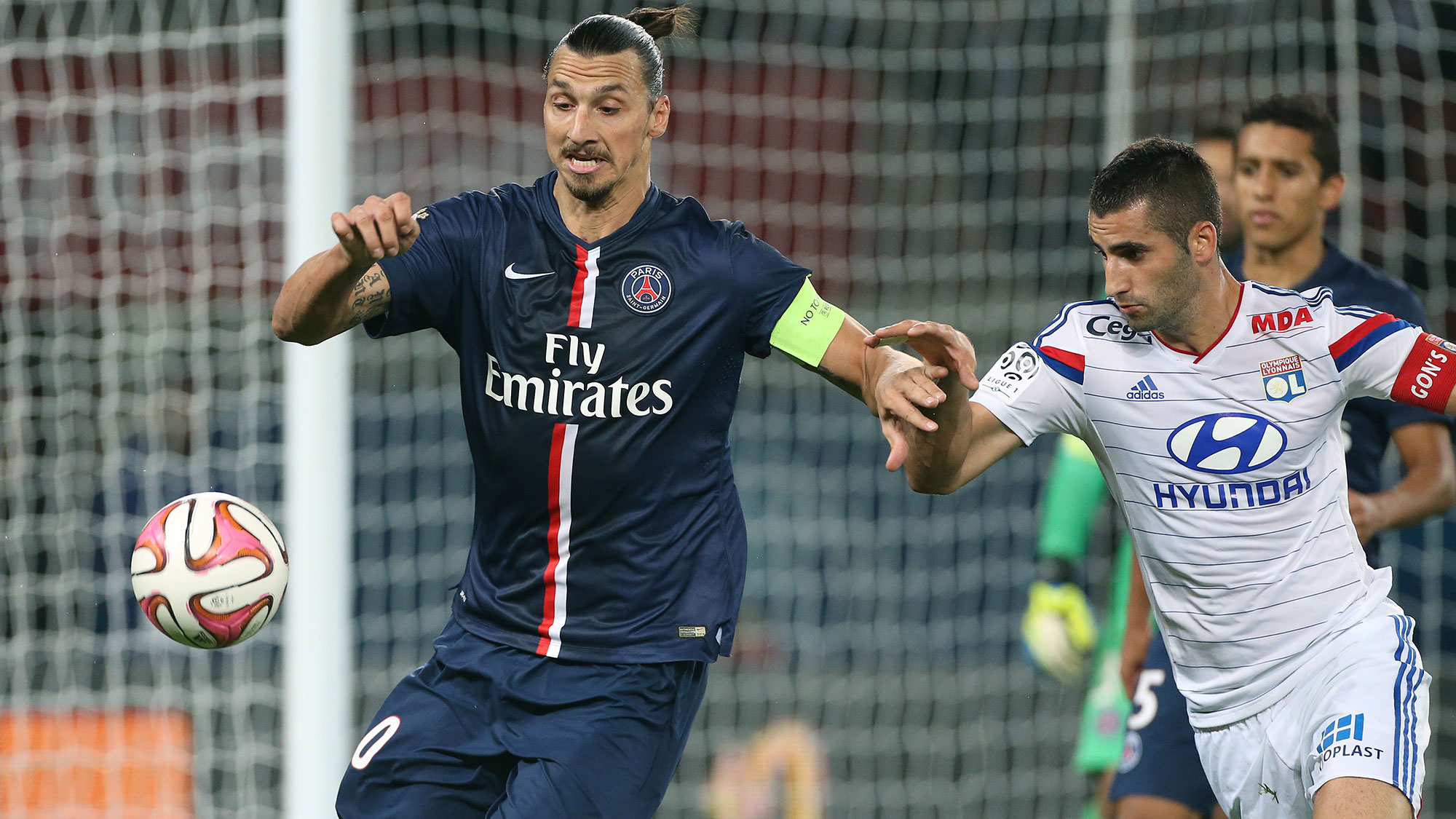 Can you believe it’s April already? While there have been times over the past eight months when the season’s felt like an interminable drag — those weeks of domestic cup games, the handful of international breaks, consecutive weekends in which the best game involves Newcastle — we’re finally here. With just about two months left in most leagues across Europe, it’s the stretch run, where the rubber meets the road, the standings approach finality, and things become truly exciting.

Except, maybe not this year.

The truth is, there are not a whole lot of compelling races around Europe this season. As it stands, none of Europe’s top four leagues has a title race or a Champions League qualification race that is within four points. It’s not until you get down to France’s Ligue 1 that things get truly interesting. Now, it’s not that these other leagues can’t still have intriguing run-ins, but teams will need to collapse or put together a long string of victories in order for most of these races to actually approach the orbit of excitement.

With that in mind, let’s take stock of all the situations across Europe and rank the various competitions by their potential to thrill.

These races are over. Done. Kaput. These are ex-races. If they hadn’t been nailed to their perches, they’d be pushing up the daisies by now. We can pretend that Chelsea might still get run down by Manchester City or Arsenal, especially since that game makes the two chasers appear deceptively close, but with only eight games left (nine for Chelsea), even six points is a really large margin. For there to even be a glimmer of doubt coming into the final weeks of the season, Arsenal will probably have to beat Chelsea when they come to Emirates on April 26. Don’t count on it.

I Want to Believe 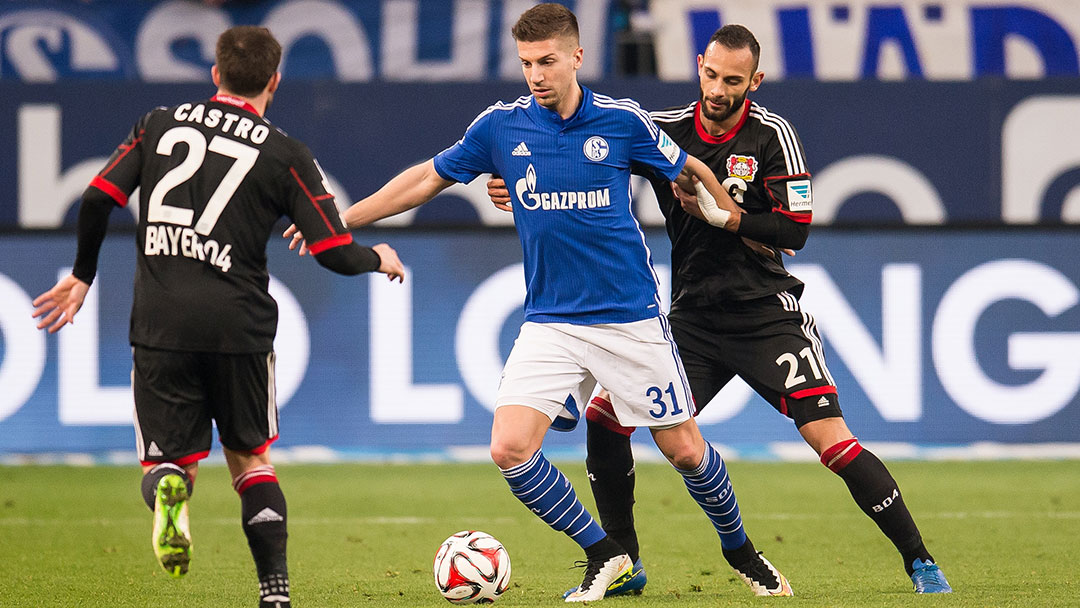 By beating direct rivals, both Leverkusen and Manchester United have bought themselves a lot more breathing room than they had a month ago. In March, United thrashed Tottenham at home, 3-0, and then went on the road and defeated Liverpool, 2-1. Those teams are now six and five points behind United, respectively. Leverkusen spent the weekend before the international break beating Schalke, 1-0, away from home to expand their three-point lead to six. The breathing room is particularly important for Roger Schmidt’s gang of sugared-up 4-year-olds because they have remaining matches with Bayern Munich and third-place Borussia Mönchengladbach; among the top four, Schalke only has to face Wolfsburg.

With a tough schedule that includes all three teams ahead of them in the standings, United also needed the cushion they created. If we include Southampton, who are also six points back of United, three teams are chasing Louis van Gaal’s club, so it’s possible this will at least look like a race before the end of the season. Yet, there’s a difference between teams getting close and teams catching up. Given the lead United have built, they look set to cruise to Champions League qualification.

Updated EPL top four projection. It's not over, but it's United's to lose now. pic.twitter.com/j2o1vltTHT

Power Walking to the Finish

It’s really fun to imagine a world in which Barcelona let Real Madrid back into the La Liga title race. In soccer, there’s not much better than watching two clubs that view title-winning seasons as their divine right competing for one trophy. The problem is that Barcelona haven’t looked remotely vulnerable in months, and for things to get competitive they’d suddenly have to slip up twice and the delicate flowers that are Real Madrid would have to suddenly return to the form they started the season in. While Barça’s schedule includes visits to Atlético Madrid and Sevilla, it’s difficult to imagine them dropping enough points to let their rivals back into contention.

Speaking of Atlético, they find themselves in fourth place — not third — trailing Valencia by a point. What bodes well for Diego Simeone’s men is that the team chasing them is Sevilla, who not only sit four points back but have dates with Barcelona and Real Madrid left on the schedule. It’s hard to imagine the defending champs crumbling down the stretch, but on the second-to-last day of the season, when Barcelona come to Vicente Calderón, the hosts could realistically be fighting for their Champions League lives.

In Italy, where there’s one fewer Champions League spot, the race is for third. Lazio hold a four-point lead over Sampdoria, five over Napoli’s Fighting Rafa Benítezes, and six over Fiorentina. Except, it might actually be stumbling Roma, a point ahead of their crosstown rivals in second, who are more likely to fall out of the Champions League spots. The capital club got dusted by Fiorentina in the Europa League’s round of 16, 4-1 on aggregate. And before beating 19th-place Cesena1 during the weekend before the international break, Roma had gone five games without a Serie A win. If they lose to Napoli on Saturday, it could throw the race wide open. 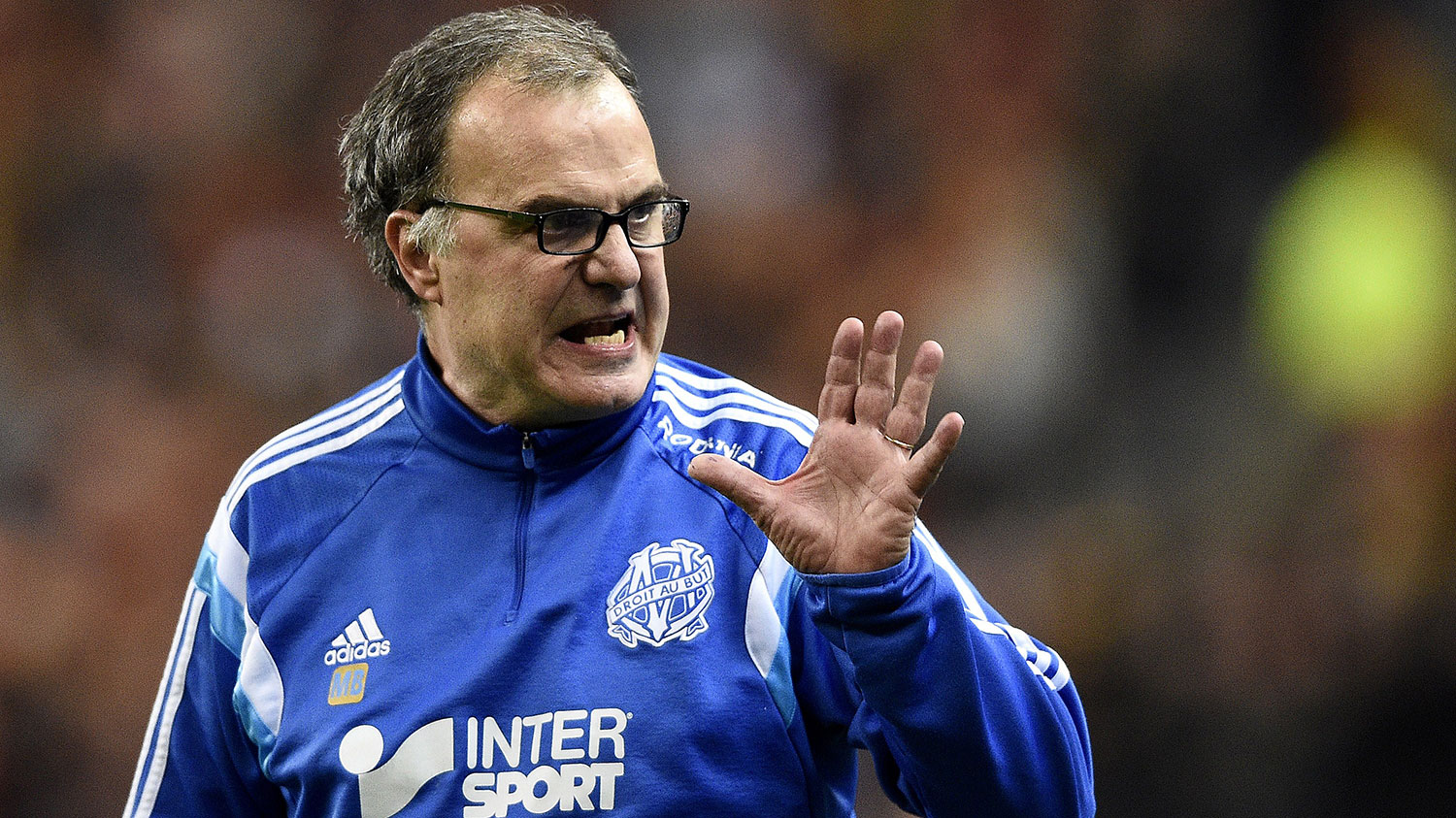 France makes up for everything the rest of the continent lacks. Not only does PSG only have a single-point lead over Lyon, but third-place Marseille is only two points off the top. Also, Monaco, who you might remember from their brief star turn in Arsène Wenger’s nightmares, sit six points off the top with a game in hand. If they win that game, it means there are four teams within three points of the top of the table. Plus, France only has three Champions League spots, so one among this quartet won’t even get a viable consolation prize.

Since this is Ligue 1 and you probably haven’t been following it all season,2 here’s a brief rundown of what you need to know if you want to choose a bandwagon.

PSG is France’s oil-rich club. You know them because they improbably came back from being down a goal and a man to knock José Mourinho out of the Champions League. It’s quite a feat to have all the money PSG do, have Zlatan Ibrahimovic as your star, and still be an underdog, but Chelsea will do that to a team. The Parisians aren’t the underdog in Ligue 1, though — they’re the Yankees.

In second place, Lyon are thriving thanks to a pair of talented youngsters, 23-year-old striker Alexandre Lacazette and 21-year-old attacking midfielder Nabil Fekir. Both are likely to be topics of endless transfer speculation this summer, so if you want to honestly say you were ahead of the curve, well, you’re already too late to jump on this bandwagon. But! If you want to lie about being ahead of the curve on Fekir and Lacazette, and have just enough knowledge to plausibly pull it off, welcome onboard!

Now, you only need to know two things about Marseille: (1) Marcelo Bielsa took over the team last summer and is largely responsible for turning a group that finished sixth last year into a title contender without any major additions. (2) Marcelo Bielsa has burned enough bridges that he’ll probably be gone after this season. That’s the Bielsa experience in a nutshell: Show up, radically transform a team in amazingly short order, make everybody hate you, leave. Rinse, repeat.

After a brief flirtation with imitating PSG and spending their way to the top, Monaco pawned off stars James Rodríguez and Falcao over the summer and then struggled to begin the season. That’s a distant memory now, though: Thanks to the defensive steel imposed by Portuguese manager Leonardo Jardim, Monaco have lost a grand total of one Ligue 1 game since the beginning of December.

Unlike the rest of the continent, it should be a wide-open, up-for-grabs finish in France. It all starts Sunday when Marseille host PSG.

‘Jalen and Jacoby’: Paul George, the Hip-Hop Video Bracket, and When Jalen Got Dunked On