Oh, Arsenal: Why the Gunners Couldn’t Carry Their Newfound Defensive Solidity Over to the Champions League 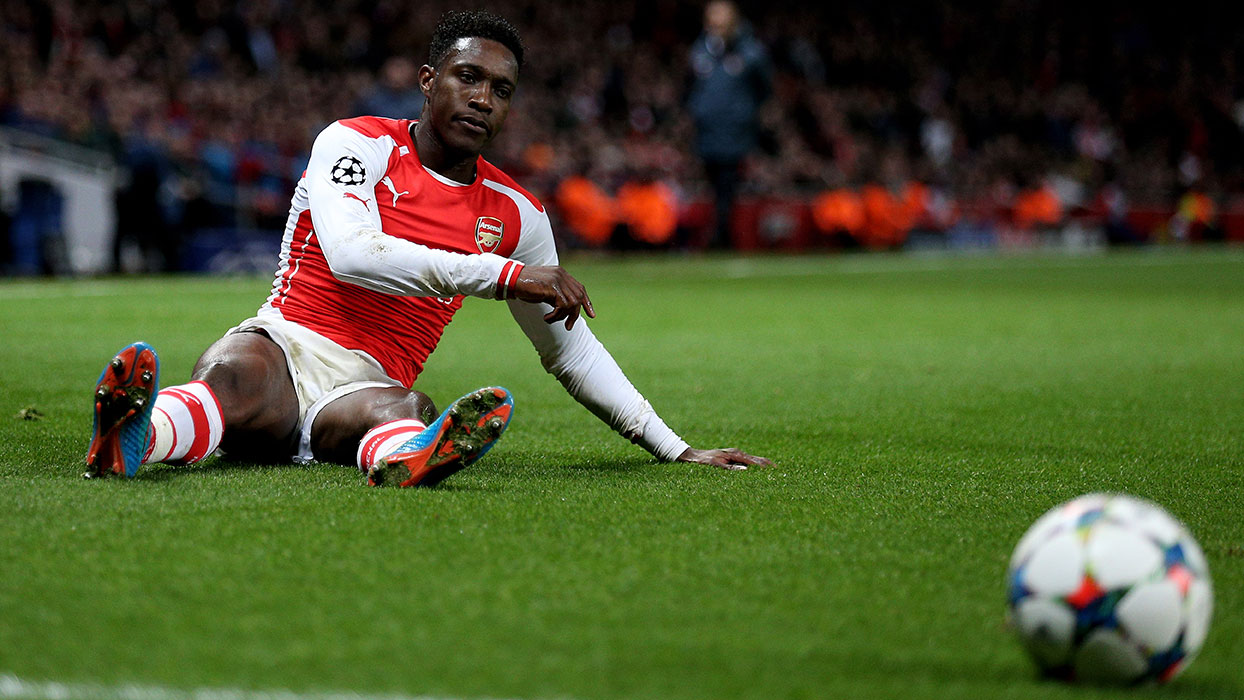 It was all going so well, too.

Arsenal had finally climbed up to third in the Premier League table after a stuttering, unlucky first half of the season. Their exciting cadre of attacking players was almost totally healthy.  Francis Coquelin was stabilizing the base of the midfield in a way that Mathieu Flamini never could.

And then Wednesday happened.

For the first time since 2010, Arsenal had a favorable path to the quarterfinals of the Champions League … and they collapsed, epically, comprehensively, and hilariously, falling 3-1 at home against a tattered, short-handed Monaco, the fourth-place team in France’s Ligue One.

While the capitulation at the Emirates wasn’t totally unexpected — big-game meltdowns have been Arsenal’s calling card since the calendar flipped to a new decade — the loss was so bad that it’s hard not to wonder: Will Arsène Wenger’s side be able to recover?

The quick answer is an uninteresting “no.” However, the reasons behind that “no” should open some eyes among the elite of the Premier League and also shine a light on why English teams have struggled so much in Europe over the past few years.

It Wasn’t As Bad As It Looked

Let’s get the boring part out of the way first. The final score was ugly, but the story of the match was pushed in a specific direction when this went in:

And when this (and this and this) didn’t:

A look at the expected goal totals tells a very different tale than “Arsenal Blows It Again.”

xG map for Arsenal-Monaco. This is way off narrative. I didn't watch the match, but man that's a lot of DZ chances. pic.twitter.com/hSqUF0j87X

But It Was Still Pretty Bad

The other, equally accurate way to look at Wednesday’s game is through a lens that shows how it only took one bit of hardship, an unlikely long-distance goal, to completely derail Arsenal. Yes, they created a ton of shots after that, but in doing so they left themselves extremely vulnerable to the counterattack.

Arsenal getting eaten alive by the counter is a familiar problem. It’s also one that the Gunners looked like they’d finally conquered at various points this season. That it reared its ugly head again in the Champions League just goes to show how solving a problem against Premier League opponents is not the same as solving a problem for good.

Arsenal are not a very good pressing defensive team. That usually doesn’t matter in the Premier League because teams generally respond to pressure in one of two ways: (1) They go forward, either through route-one hoofs to a striker or measured diagonals into the channels behind aggressive fullbacks; (2) A midfielder makes a long run with the ball at his feet. We’ll call this the Yaya Touré: Dribble by a guy or two, break into space, and run at the back line while a swarm of opponents try to bring you down.

The knock-on effect from both of these relatively straightforward approaches is that defending teams don’t actually have to press well. They just have to press enough. If the opposition plays a long ball, you choke off the counterattack as the striker receives it. And if an opponent tries to dribble out of pressure, a defending midfielder just has to make sure he doesn’t get bypassed. Both are easier said than done, but neither one is too complex.

The long-ball approach invites pressing teams in the Premier League to leave one of their center backs on an island while his partner steps to the striker looking for the out ball. When it works, it keeps teams pinned in. When it doesn’t, this happens.

The move gets started because Olivier Giroud beats Jan Vertonghen to the ball and sets Danny Welbeck free. Vertonghen is right to charge forward and challenge; it’s what the system demands. But he also has to be flawless here, and if he can’t win the challenge, he needs to  foul Giroud to prevent the counterattack from continuing.1

Teams looking for a more conservative approach will ask their defensive midfielder to deal with that ball. But even with that extra layer of protection, a breakdown can still lead to disaster.

Across the Premier League, the counterattacking battle has become one predicated on winning this interaction. It has spurred innovations like Liverpool putting Raheem Sterling, a hyper-quick attacking midfielder, in that position so he can turn and work over bigger, slower center backs. It has even led Everton to attempt to keep possession inside their own half so as to draw their opponents in and artificially create counterattacking opportunities for Romelu Lukaku. Last year, it inspired then-Southampton manager Mauricio Pochettino to turn Rickie Lambert, a seemingly traditional target man, into a distributor whenever he dropped deeper.

So, Arsenal’s improvement against the counterattack really just means that they got better at shutting down strikers at the point of attack and better at controlling the odd midfield rush. With Coquelin, who makes fewer mistakes than Flamini, and with two healthy first-choice center backs, Per Mertesacker and Laurent Koscielny, they are certainly better equipped to deal with those moments.

Yet, just because the majority of counterattacks in England work in those two ways, it doesn’t mean those are the only ways to counter. Monaco delivered that reminder with the ruthless efficiency of a swift kick to the crotch.

Look at how empty the center of the field is when the move starts. Dimitar Berbatov, who is a king, is well out to the right and being watched by Koscielny, while Mertesacker, supported by Coquelin in the middle, has followed left-winger Anthony Martial all the way down to the touch line. Yes, Arsenal are extremely spread out and vulnerable, but they still have that vital three-on-two advantage. There are all sorts of options and progressions for a good defense to run through at this point. For example, Mertesacker might move to the ball, expecting Koscielny to rotate behind him to pick up the winger, while Koscielny himself would then pass Berbatov on to somebody (either left back Kieran Gibbs, who appears completely unaware of the danger developing, or a hastily retreating Coquelin). More simply, Mertesacker could retreat with the winger, allowing Coquelin to pressure the ball.

The point isn’t to figure out what exactly should have happened; the point is that good defensive teams have a fluid plan. If Monaco position themselves to pull the two center backs apart from each other — as they did all game long — then the defensive coverage should respond in a certain way. If Berbatov doesn’t function as the Premier League–esque outlet, then coverage rotates in whatever way the game plan dictates. Arsenal either never had such a plan in place, or it just disappeared once they went down a goal and started trying to press aggressively.

Arsenal’s defensive improvement over the season hasn’t been a mirage, but it has been limited: They didn’t get better at stopping counterattacks; they got better at stopping counterattacks from Premier League teams. That bodes well for their future in the league, but it doesn’t bode well for the success of English teams in Europe. Of course, it’s natural to expect coaches to solve for the problems they’re presented with on a weekly basis. In the Premier League, that leads to effective shortcuts, but those shortcuts don’t work nearly as well against more varied Continental opponents. After a week when not only Arsenal, but also Manchester City, Liverpool, and Tottenham all disappointed in European competitions, it’s clear: Shortcuts just aren’t good enough.