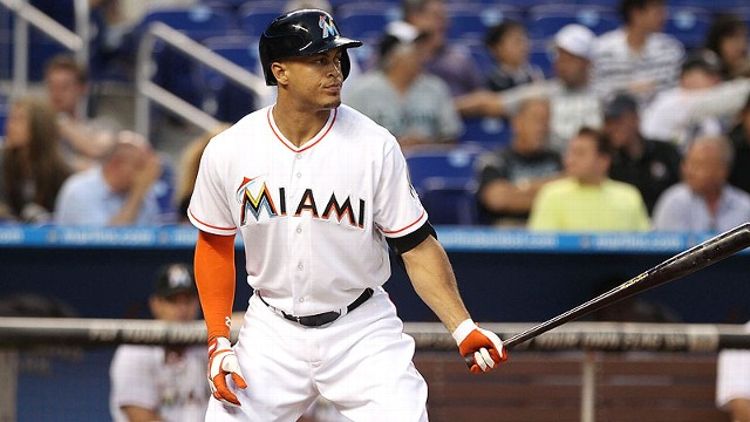 If you’re a baseball fan and (1) have a spare $130, and (2) are either single or have a relationship that will bear your watching 40 hours of baseball a week, there’s no better investment than MLB Network. But if you’re going to channel-surf through 15 games a night, you better have a plan. You could just go to any game that’s late and close, or you could zero in on trying to see the most exciting players. In case that appeals to you, here are the most exciting players to watch at each position.

I almost didn’t pick Posey because I really don’t want to validate a fan base that’s quickly ascending to a level of Conspicuous Internet Smugness that we’d normally expect from Phillies and Red Sox fans. There’s been a lot of talk about Moneyball being a crock because all Billy Beane did was luck into three stud starting pitchers. Brian Sabean did pretty much the same thing, except while Beane made a bunch of nifty little moves to fill out a winning team, Sabean complemented Tim Lincecum, Matt Cain, and Mad Bum with a team assembled through a crusade of aggressive silliness (getting fleeced for Carlos Beltran and Hunter Pence, overpaying Pence, overpaying Aaron Rowand, overpaying Aubrey Huff, and so on) that you’d expect from a post–Cold War Eastern Bloc government struggling to get a feel for capitalism.

Yet Sabean was the one rewarded with two World Series titles in three years, and boy, are those Giants fans eager to tell you how happy that makes them.

That still doesn’t change the fact that Posey is a superb two-way player at a position where the standard of competence is quite low. He’s one of the most athletic players in the game, and if I’m making a short list of young players most likely to make the Hall of Fame, he’d be near the top.

I’ve got a confession to make: From an entertainment standpoint, I’m not a big three-true-outcomes guy. I recognize fully that many of the game’s best players are heavy on walks, strikeouts, and home runs, but I’d rather watch balls put in play — confrontations between fielders and base runners, essentially. It’s absolutely not the way you’d want to build a team if you wanted to win, but it’s how I’d build a team that I’d want to watch.

First base is home to a lot of very good players who walk a lot, strike out a lot, and hit a lot of home runs. So why Reynolds, who does all three of those things a lot? Because if you’re watching a game with friends, it’s a bunch of fun to play the Mark Reynolds Game. The rules: Every time Reynolds comes up, bet on whether the fielders will be involved in that particular plate appearance. Reynolds’s career home run, strikeout, and walk rates add up to almost exactly 50 percent, so it’s a pretty even bet. I know it sounds stupid, but I passed an entire weekend series in Baltimore doing this last summer. Try it. It’s fun.

Utley pulled off the rare trick of being almost universally acclaimed as the best second baseman of his era and still being underrated. In his prime, he had one of the quickest bats in baseball and fielded his position better than anyone, and he’s still one of the best base runners ever to play the game. He’s off to a red-hot start this season, so enjoy him before his legs fall off again.

Simmons is a high-contact, low-power hitter who doesn’t walk a lot, which means that his offensive game is better from an entertainment perspective than a tactical one.

But Simmons’s meal ticket is his defense, which is precisely the kind of worth-the-price-of-admission attribute this list is meant for. He’s got one of the best throwing arms at any position in the majors — the kind of arm you’d expect from someone who threw in the mid-90s as a pitcher in college — and his range at shortstop makes you wish you could think of a springy, quick-twitch animal to compare him to other than a cat.

Similar to Simmons in that he’s a low-walks, comparatively low-strikeout guy who’s probably the best defender in the game at his position. Beltre, being older and a third baseman, isn’t the athlete Simmons is, but he’s a poor man’s Vlad Guerrero at the plate in that he’ll swing at anything and make hard contact whenever he hits something.

By the way, about 10 years from now, Beltre’s not going to make the Hall of Fame, and it’s going to be a travesty.

Cespedes is exciting to watch even if you don’t know anything about him. He’s got power and speed, and he’s one of those left fielders who could probably play center field if you needed him to. At the plate, his strength really stands out in a way that you don’t often see in baseball. He turns groundouts into hits and fly balls into home runs just by sheer blunt, physical force.

But what I like most about Cespedes is how he’s about as much of a mystery as a ballplayer can be. The most talented players today are household names long before they reach the majors, both in the United States and elsewhere. Bryce Harper was on the cover of Sports Illustrated as a high-schooler, and Twins prospect Miguel Sano was the subject of the documentary film Pelotero at about the same age. But in 2011, when Cespedes defected from Cuba as a 25-year-old with a bizarre workout tape, nobody knew quite what to make of him. After a year and change in Oakland, he still has the aura of someone who was, until recently, baseball’s version of the Loch Ness Monster.

Cespedes just went on the DL this weekend, so feel free to watch Harper in the meantime.

I tried not to just list the best player at every position, but Mike Trout is the best player in baseball. If watching a player with his speed, strength, and skill doesn’t give you a little buzz, you’re not alive.

This is my one concession to walks, strikeouts, and home runs being awesome. Guys with as much raw power as The Mighty Giancarlo Stanton don’t exactly grow on trees, but as the saying goes, you can’t hit for power if you don’t make contact. Stanton can, and he also runs pretty well for a big guy and plays a good defensive right field. But that’s not why he’s exciting.

Stanton would’ve led the major leagues in slugging at age 22 last year if he’d had the 502 plate appearances necessary to qualify for the batting title (he missed by one). The run environment pendulum has swung back from the drug-induced haze of the 1990s and early 2000s, so you’re not going to see many players hitting 50 or 60 home runs anymore. Stanton could do it, and aside from Harper (who’s quite an entertaining player in his own right), he might be the only one.

There’s a truism in soccer about whether a player is a great goal scorer or a scorer of great goals — Stanton, who routinely sends home runs far enough that you have time to ponder the physics involved before they land, produces a great quantity of high-quality home runs.

Much as I love Clayton Kershaw’s curveball and Cliff Lee’s command and commitment to a brisk pace, and as much as I’d be awestruck by Craig Kimbrel’s fastball/slider combo if he didn’t insist on posing like an eagle before every pitch, I’d rather watch Darvish than any other pitcher in the game.

He’s pared down his arsenal since coming over with Mary Poppins’s bottomless carpet bag full of breaking pitches, but Darvish will mix in a sliding scale from fastball to slider in just about any count. Everything he throws moves.

By way of description, I’ll just say this: I watched his near-perfect game completely by myself, and he threw about half a dozen pitches that made me yelp, curl up into a ball, and make a face like I’d just bitten into a lemon. Not that many breaking balls will do that to you.