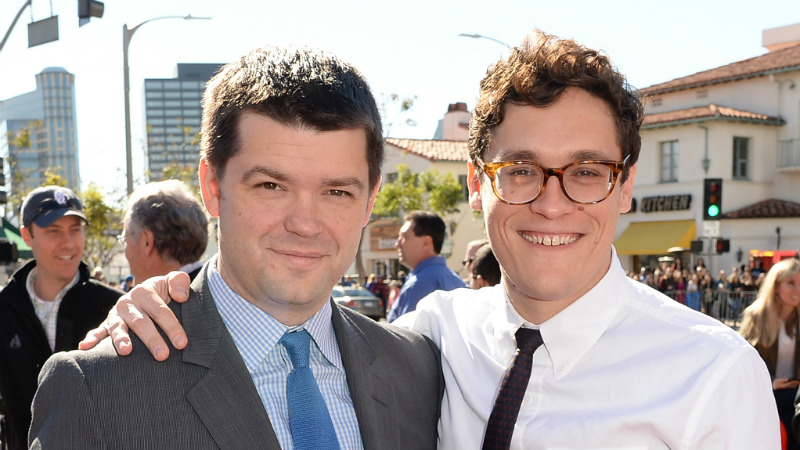 Ghostbusters 3 hasn’t ever felt like a wise one to get excited about. The project’s been haunted (LOL) by years of false starts and rewrites, poltergeisted (LOL x 2) by Bill Murray’s refusal to sign on, and one of its few high-profile participants, Harold Ramis, died last month at the age of 69. Yesterday we heard that Ivan Reitman, who directed the first two (remember the years when they were just called “the Ghostbusters movies,” with no threat of more?), was stepping down. Reitman went out of his way to explain to Deadline that the decision was nothing contentious or quality-oriented: “When I came back from Harold’s funeral, it was really moving and it made me think about a lot of things. … I told them I thought I could help but let’s find a really good director and make it with him. So that’s what we’ve agreed will happen.”

Enter Nikki Finke. In the dead of night, she tweets:

Phil Lord and Chris Miller, the rare directorial duo whose mostly unfamiliar names deserve that special kind of starstruck exclamation point. Phil Lord and Chris Miller! They created MTV’s Clone High. They successfully made a batshit-crazy, really funny children’s book adaptation with Cloudy With a Chance of Meatballs. Their 21 Jump Street reboot was not only not superfluous, it was more or less essential. (22 Jump Street will be equally necessary viewing. It just will be.)

Oh, and The Lego Movie. They did that. The one with the Legos? The one that stayed on top of the box office for three weeks, has made $380 million worldwide, and is pretty widely agreed upon as a great movie that didn’t tarnish a marquee franchise from the nostalgia hall of fame? Lord and Miller made that, also.

So they don’t really seem interested in ruining their careers. (Maybe I’m being hyperbolic, but an unfunny, unnecessary Ghostbusters threequel definitely wouldn’t be something I’d be looking to add to my more or less spotless résumé.) So if this happens ��� can we think about being excited? Maybe Phil and Chris can persuade some of the big talents they’ve worked with — Will Ferrell, Elizabeth Banks, Alison Brie, Rob Riggle, Will Forte, Anna Faris — to come along and wrestle with this massive legacy? Will they even want to, or would they rather steer the Ghostbusters renaissance attempt away from that Muppet-y celebrathon territory?

And say we check every box on the “Can we be excited?” list. Even then, will we be?