Paul Feig’s ‘Other Space,’ Matthew Weiner’s ‘Are You Here,’ and the Phenomenon of the Drawer Script 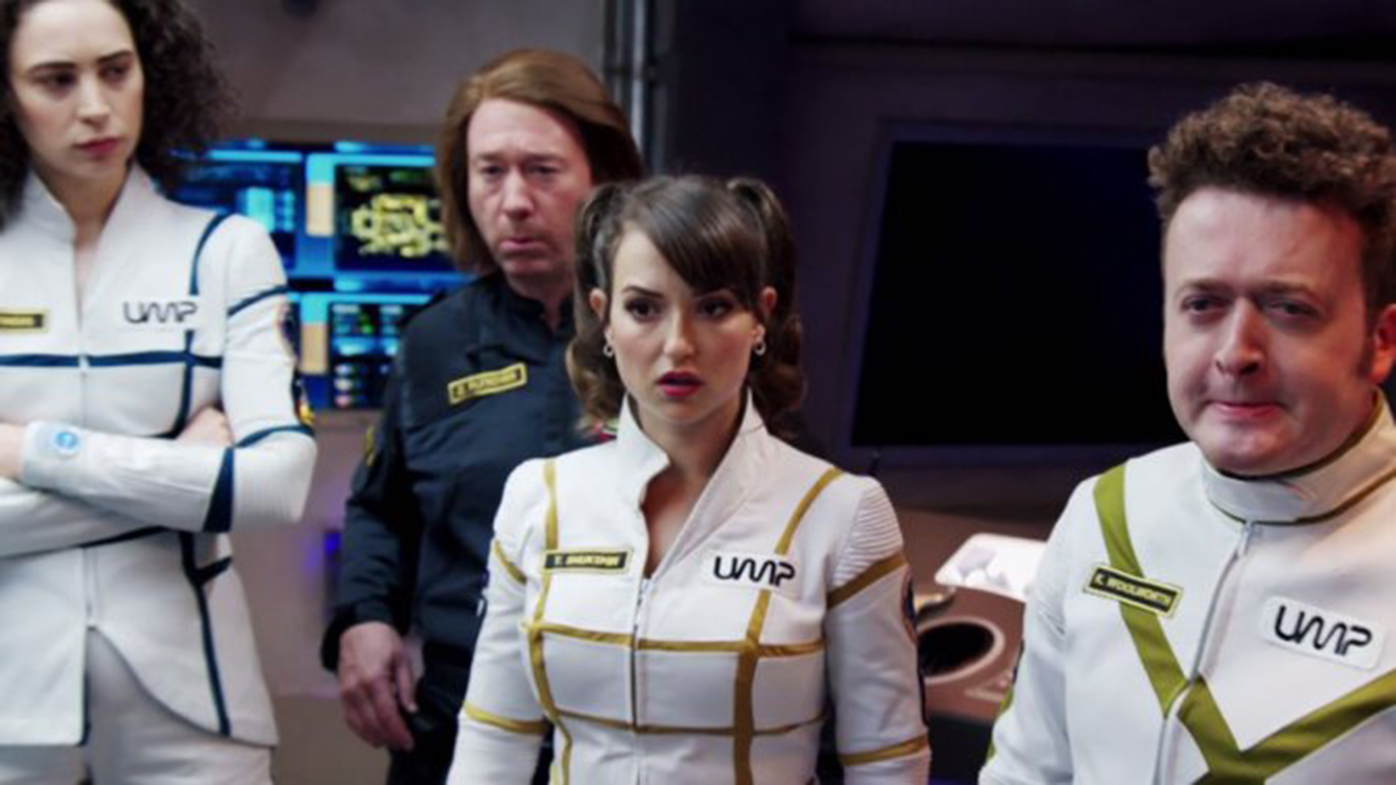 The level of creative star power that lands you the Ghostbusters reboot should, in theory, be the same level of creative star power that makes all your TV show ideas the kind of thing that networks stage black ops to get control over. Throw in a reputation as the mind behind Freaks and Geeks — a piece of cultural capital regarded with the reverence reserved for Beyoncé albums and presidents named Roosevelt — and you have a perfect recipe for fan-fetishization. You make the kind of TV that launches a thousand Tumblrs. But in the topsy-turvy world of 2015 television, where black is white and dogs and cats are binge-watching Daredevil together, Paul Feig’s new show, Other Space — a twee workplace sitcom about a spaceship’s crew lost in uncharted cosmic territory — just landed on Yahoo with the impact of a leaf falling onto your car.

But when you delve into the story of what happened with Other Space before it went into production, its current station in life makes a bit more sense. Feig wrote Other Space for NBC pre–The Office, when the Peacock was still treating single-cams like they were children who showed creative potential by building bombs in their garage. It took nearly a decade, not to mention the paradigm-shattering success of Bridesmaids and the zillion-dollar gross of The Heat, for Feig to get the show back from NBC’s control. Unlike Ghostbusters, then, which Feig is developing right now, Other Space is what’s called a “drawer script,” a project its creator returned to once other factors — runaway success, a changing TV landscape, etc. — made it viable.

Another drawer script, Matthew Weiner’s Are You Here, came out in theaters last year. Starring Owen Wilson, Zach Galifianakis, and Amy Poehler, Are You Here was directed by Weiner from a script he’d written between his first two seasons on The Sopranos. Weiner’s made no secret — in fact, he’s proclaimed it often and loudly — of his desire to eventually do movies instead of TV, a quality he shares with his former boss on The Sopranos, David Chase. The success of Mad Men allowed him to finally get Are You Here done, making it his second feature, following an indie he did in the mid-1990s.

Mad Men is arguably the best television show ever made, a stark and nuanced and emotional and very funny interrogation of capitalism and what it means to be successful in America, and Weiner is, if not the best television writer of his generation, then one of the upper echelon. Which is why it pains me cholerically to say that Are You Here is bad in a confusing way, a comedy without jokes and a family drama about people who seem like they’ve never met before, in a world that feels assembled out of spare parts from beer commercials and ’90s basic cable.1

Are You Here proves a canonical entry in the common-sense narrative of drawer scripts, which is that they are in the drawer for a reason. When you’ve toiled for years or decades to become a successful writer, absorbing rejection after rejection and sharing ramen with your cat, the world can split itself along the axis of “me, I’m right” and “them, they’re wrong.” Once you reach the green grass, the work you’ve done, all of it, can come to look misunderstood; instead of considering that maybe the successful project succeeded because it was better than what came before, your successful project proves the worth of everything you’ve done.

I’m not trying to pin a psychology on Weiner. In interviews, he seemed genuinely committed to the film, saying it had a personal resonance; that emotional intimacy with a script can camouflage its problems. It happens. The number of writers in Hollywood who bat 1.000 is about the same as the number of baseball players.

If this is an easy and understandable trap to fall into, then, it’s interesting to consider why Other Space succeeds. Despite a painful pilot episode, which contorts itself into a Gordian knot so it can set up the contrived premise — the captain of the ship, Stewart Lipinski, was promoted over his more qualified older sister Karen and former babysitter, Michael; the rest of the crew is onboard for reasons that have nothing to do with their crewing — Other Space turns into a goofy and shockingly charming comedy of errors starting midway through Episode 2, when (small spoiler alert, insofar as a show like this can be spoiled) a character played by Dave Franco turns out to be an alien who can only speak in Matthew McConaughey quotes.

Ironically, much of the difference between Other Space and Are You Here hinges on the difference between television and film. I’ve watched half of Other Space’s eight-episode season, and so far the worst episode, the pilot, is also the only one on which Feig has a writing credit. That’s not to say Feig’s a bad writer, because he isn’t: It suggests the show improved tremendously once Feig brought in a talented showrunner in Owen Ellickson, let Ellickson hire a strong room, and saw the likable, creative cast get comfortable with their characters. Feig’s projects include plenty of improvising, and it makes sense that the actor who shines most on the show is Neil Casey, one of Upright Citizen Brigade’s best improvisers. What makes Other Space work isn’t anything that could be called auteurist; the overarching concept is basically “funny Star Trek,” down to where Stewart sits on the bridge, and the show looks like it was filmed inside a laser-tag arena in the L.A. suburbs. As he tends to do, though, Feig put together a successful team and let them play with rich characters and relationships, and the result works.

Are You Here has none of that room — it’s a script written by Matthew Weiner and directed by Matthew Weiner after Matthew Weiner thought about it for a decade. Within that airtight structure, nothing can save Weiner from himself. I have full confidence he could still make a brilliant film, but Are You Here makes a teachable point about the difference between an idea and a fully formed project: A concept might improve from going in and out of the drawer, but a screenplay is a screenplay.

Q&A: Doug Martsch on Built to Spill’s New Album, Scrimmaging With Stephen Malkmus, and Still Having No Idea What He’s Doing

Liars’ Club: ‘About Elly,’ The Age of Adaline,’ and ‘True Story,’ Three Movies About Hiding the Truth