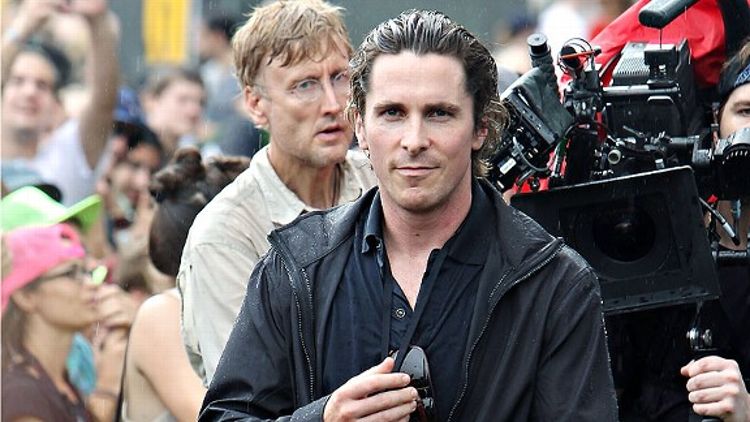 So sayeth The Wrap: “Fincher recently met with Sony’s Amy Pascal to discuss the possibility of directing the film, and told her, in no uncertain terms, that he’d only take the reins of the project if Bale plays Jobs.” Really? Because Bale is a master of the weight fluctuation thing (which won’t even be useful if Aaron Sorkin’s original three-scene structure stays intact and the movie ends in 2001, at the original iPod announcement)? Or is there any other reason? “Bale has been considered a prime contender to play the tech superhero since the project was first announced due to his physical resemblance to the Apple co-founder.” Oh … ?

IFC’s development slate features a fake-documentary series from Fred Armisen, Bill Hader, and Seth Meyers, as well as a half-hour comedy with Rob Huebel and a satirical Comedy Music Awards.

Frozen is the fastest-selling home release ever, selling 3.2 million DVDs and Blu-rays on day one. (The film also just passed Jurassic Park and The Phantom Menace to become no. 13 at the all-time box office.)

Das Racist’s Kool A.D. is streaming his debut (non-mixtape) solo album, Word O.K., and hosting it as a pay-what-you-want download. It’s got Talib Kweli, Toro y Moi, and production from Mike Finito and Amaze 88. [via]

Game of Thrones‘ Emilia Clarke (Daenerys; don’t let the dark hair fool you) visited Fallon. (Can we call The Tonight Show just Fallon yet? We can, right?)

The guy who exposed Target’s big security breach will be the subject of a movie.

Patton Oswalt will visit Agents of S.H.I.E.L.D. “I’d worked with Joss [Whedon] before on Dollhouse, and I guess I wasn’t too annoying and they decided to put me on another one of his shows,” he says.

Hit up NPR to hear Mess, the seventh album from Brooklyn’s Liars.

Ryan Gosling is producing and potentially starring in a film about 1930s and ’40s director Busby Berkeley.

It’s The Grudge’s turn for a reboot. I think Hollywood restarts franchises more times per year than I restart my laptop.

And Bradley Cooper disproves Louis C.K.’s theory that no question-askers on Inside the Actor’s Studio turn out to be famous someday. [via]
https://www.youtube.com/watch?v=l3HYLLruJis