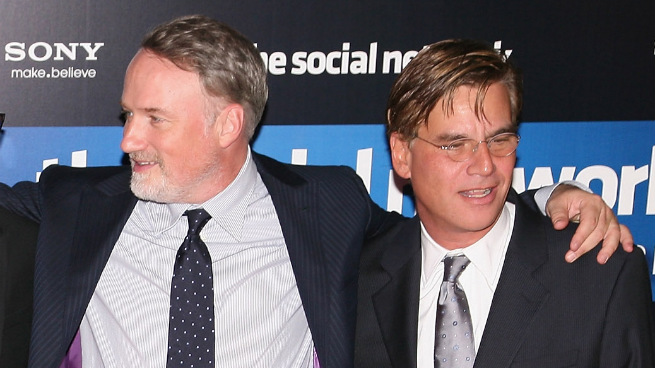 We’ve known for a couple years that Aaron Sorkin would pen the non-Kutchered Steve Jobs biopic for Sony. Now we know that Sorkin’s script might be directed by David Fincher, marking a Social Network reunion and a second shot for the duo to paint a portrait of a tech giant. Variety hears Fincher is still in early talks for the untitled project, though he’s currently handling postproduction for the Gillian Flynn adaptation Gone Girl. “If a deal is completed, filming would most likely not begin [until] later this year,” meaning the “all but dead” Girl With the Dragon Tattoo sequel would probably become fully dead. But who can worry about a thing like that when we might get to see Fincher just slam-dunking in Sorkinese all over again?

Sorkin completed his screenplay early this year. In November 2012, he revealed that the plan was to script the movie as three long, real-time scenes set backstage before three iconic product launches: the Mac, the NeXT (during Jobs’s time away from Apple), and the original iPod. Sorkin said he was seeking primarily “to shake the cradle-to-grave structure of a biography.” The biography in question is Steve Jobs, Walter Isaacson’s 656-page tome published in October 2011, the same month Jobs died of pancreatic cancer. It’s the only biography that had Jobs’s blessing and participation, and Sony has the rights.

Now, suppose Sorkin has protected the screenplay’s ambitious format this far into the process: Would it be problematic for Fincher to direct? The man who gave us Fight Club, Se7en, and Zodiac is known for several things, none of which are full-length movies comprised of three scenes. But no director’s really known for that, and the movie’s too big to hand to a theater veteran rather than a Hollywood name-brand, so somebody’s going to have to get out of their comfort zone. It might as well be Fincher, who stretched his legs with two episodes of House of Cards (is it TV? Internet TV? Netflix disguising a 10-hour movie as TV?) in 2013 and also tackled a video for Justin Timberlake and Jay Z’s “Suit and Tie.”

As always with news like this, we’ll have to wait and see what happens. When Mark Harris sat down with Fincher and Sorkin for the release of The Social Network in 2010, it certainly looked like the guys enjoyed working together. So if Fincher makes decisions based on the involvement of old buddies who are similarly prolific and stylistically distinctive (and is there really any other explanation for Benjamin Button than the idea that Fincher wanted to hang with Brad Pitt again?), then maybe we can plan on seeing this come together.

The War on Drugs Gets Ready to Play the Big Rooms