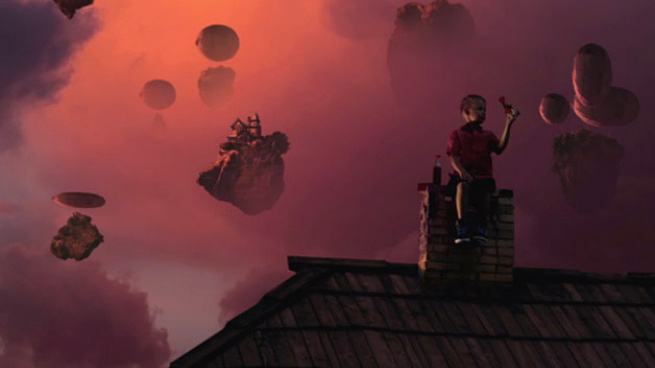 Every year the Short Film–Live Action award ruins Oscar pool ballots around the world. I can’t promise I’ll help you win yours, but I can tell you what I thought when I watched the shorts myself! Mostly I thought about how subjective and impossible picking the best anything is. These shorts are so different in tone and subject. It barely even makes sense to compare them. In my past Oscar ballots, I’ve always just picked the one with the best name. That’s how I won in 1999 by selecting My Mother Dreams the Satan’s Disciples in New York.

What all five live-action Short Film nominees have in common is that they are narrative, and it strikes me as unfortunate that they seemingly have to be. The winning short at the inaugural 1932 Oscars was The Music Box, in which Laurel and Hardy famously lug a player piano up a flight of stairs. While comedy is generally shunned by voters in the feature-length categories, the Short Film category is usually full of them. A brief run time lends itself well to stories oriented around punch lines.

The category’s other mainstay is social justice movies — shorts with a message. If you want more abstract themes and visuals, you’ll probably have to check out the animated shorts instead. These shorts have no time to meander, to linger on shots. They are built for efficiency. It seems hard to believe that these are the best shorts of the year. None of them is spectacular; they are all just fine. Maybe that’s just how it works — everything trends toward the tried-and-true middle. Here is a guide to this year’s Oscar-nominated live-action shorts, with personalized suggestions for what to pick based on what you think will win Best Picture.

Producer Kim Magnusson has been nominated five times for live-action shorts, and won in 1999 for Election Night. Writer/director Anders Walter is a former matte painter. Helium is like a Pixar film made in live action by Wes Anderson. I thought I didn’t care for it, until I saw some of the other shorts and decided it wasn’t so bad. It concerns a hospital orderly who bonds with a dying child and makes up a story for him about an alternate heaven called Helium that is vaguely steampunk. The kid is cute, and Casper Crump, who plays Enzo the orderly, is very affecting. It’s not bad, but it’s very twee, and the obvious reference to The Red Balloon feels like awards baiting.

Pick It If: You think the whimsical ennui of Her is a lock.

Writer/director Xavier Legrand played a minor role in Louis Malle’s Au Revoir Les Enfants as a young actor. Producer Alexandre Gavras is the son of the Greek-born French director Costa-Gavras. Just Before Losing Everything is a naturalistic depiction of a woman’s attempt to escape from an abusive relationship. It has won a bunch of awards on the French film festival circuit. The evil husband is played by Denis Menochet, who played the farmer charged with harboring Jews in the opening scene of Inglourious Basterds. The short is very intense, charged with the lead character’s desperation. It’s the best of the more serious offerings.

Pick It If: You’re betting the ranch on Dallas Buyers Club, but also believe that Nebraska might be a dark horse.

Do I Have to Take Care of Everything? (Pitääkö Mun Kaikki Hoitaa?) (Finland)

The only nominee from female filmmakers in the shorts program this year (director Selma Vilhunen and writer Kirsikka Saari), Do I Have to Take Care of Everything? is about a beleaguered woman’s attempts to round up her husband and children to attend a weekend wedding. This is another one of the jokier efforts, and it was my personal favorite.

Pick It If: You’re a hard-core Philomena stan.

Written by Baldwin Li and directed by Mark Gill, The Voorman Problem has a clever conceit and dexterous acting. Martin Freeman plays a prison psychologist interviewing a problematic inmate (character actor Tom Hollander). It’s based off work by David Mitchell, best known for writing Cloud Atlas. The story that became The Voorman Problem comes from Mitchell’s postmodernist 2001 book number9dream. If you like your movies to feel halfway between a Christopher Nolan movie and a Monty Python sketch, this one’s for you.

Pick It If: You hope Gravity scores one for sci-fi, but you’d be perfectly happy if American Hustle disco-pelvic-thrusts its way to a win.

That Wasn’t Me (Aquel No Era Yo) (Spain)

Esteban Crespo’s Spanish-language short, clocking in around 20 minutes and set in Sierra Leone, is a melodrama about how much it sucks to be a child soldier in Africa. It sucks so badly! But for whatever reason, it’s told primarily from the point of view of two Spanish aid workers, who are traveling with an African guide. Alternately pedantic and nauseating, its intentions may be good but its delivery is terrible. It’s like a short Spanish Crash. The most compelling part is young actor Juan Tojaka as the child soldier Kaney, who appears in a framing device that makes sure we know relations between Kaney and aid worker Paula (Alejandra Lorente) became friendly after their hell. That Wasn’t Me has already won best short at Spain’s Goya Awards. If you think voters will pick the movie that most blatantly tries to manipulate and wring emotions out of its audience, choose That Wasn’t Me. It feels cynical, but it will probably win.

Pick It If: You’re rooting for 12 Years a Slave but think The Wolf of Wall Street will win.

Filed Under: Academy Awards, Helium, Just Before Losing Everything, Movies, film, Do I Have to Take Care of Everything?, The Voorman Problem, That Wasn\'t Me