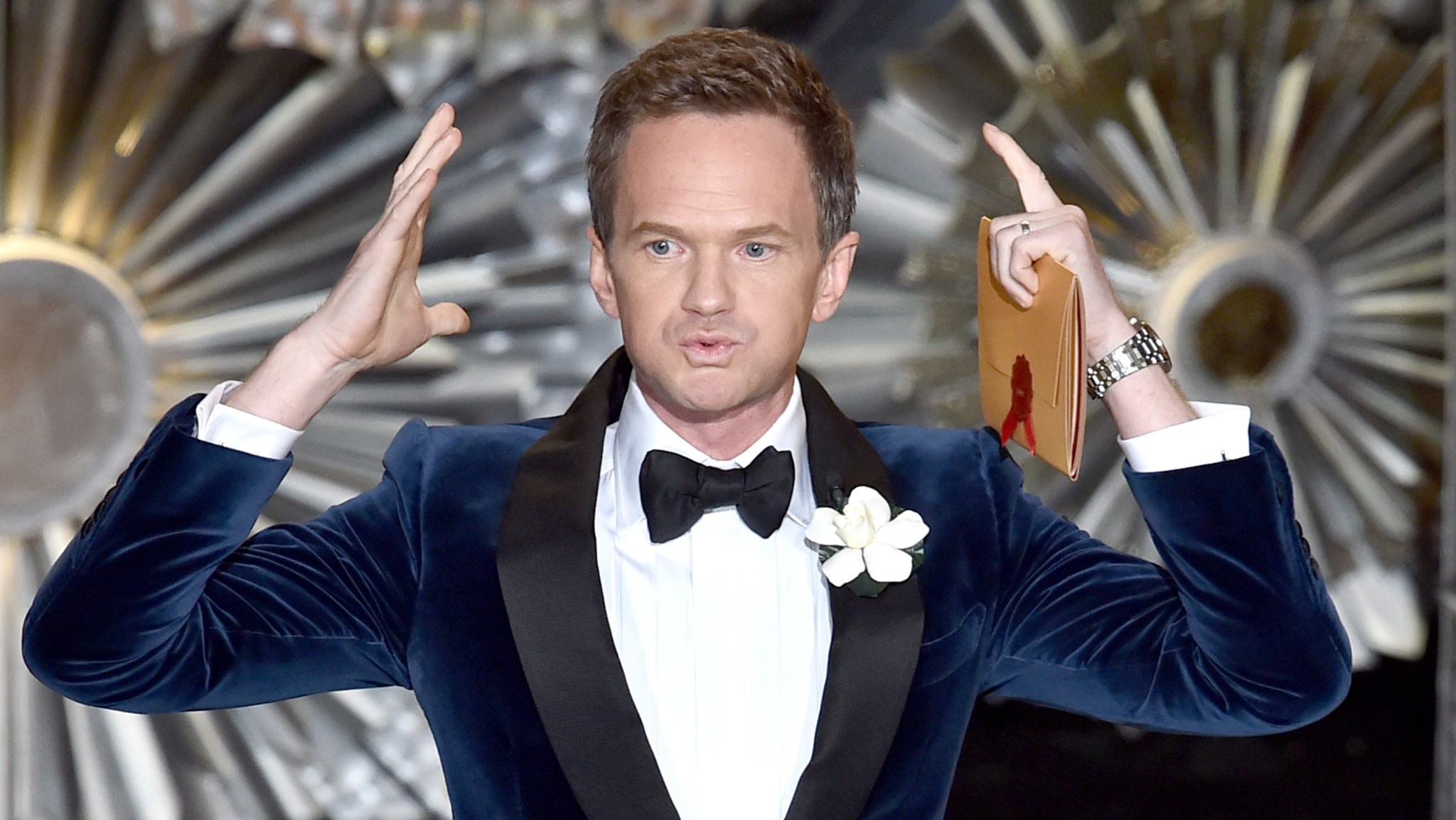 At least winner J.K. Simmons finally got an answer to his furious, insistent question: It was dragging. It was always dragging. The 87th Academy Awards draped themselves across 220 minutes of prime time last night, totaling nearly four hours of flat puns, forced banter, and unnecessary flourish. That’s 113 minutes longer than the movie Simmons won for, by the way. That Tom Cross, Whiplash’s determined editor, also collected a trophy for his ability to cut and then cut some more in pursuit of rhythm and tension was one of the night’s few moments of wit. The orchestra shouldn’t have played him off. It should have played him directly into the control booth.

Yes, the Oscar telecast was bloated and boring last night — an observation that’s now more stale than a Spider-Man reboot. The Oscars are always like this: clumsy and perplexing, felled by fatal doses of neutered groupthink and hollow sanctimony. One could waste time assigning blame — is it the hot air of the assembled Hollywood egos or, more likely, all the breath we waste worrying about them that keeps this strange tradition afloat? — or one could just accept the fact that a televised ceremony meant to both entertain and reward subjective opinion is, by nature, impossible. In the run-up to their third time behind the wheel, producers Neil Meron and Craig Zadan seemed to accept this. “It’s a very odd show to produce,” Meron told BuzzFeed on Friday. “Because you do have to hand out the awards.” Right. Those. The constant drumbeat — no Miles Teller — of nominees and speeches means that momentum is tough to manufacture and even harder to maintain. Someone has to win Documentary Short; all the songs require a moment in the spotlight. There’s no conceivable way to make this show shorter and certainly no way to make it consistent. The show is the show. All a producer can really do is choose the right host and not actively make the rest of it worse. That’s it.

The problem with last night was that Meron and Zadan failed on both counts. Neil Patrick Harris — hired for his amiable, vaudevillian charm — was exposed and let down by the challenges of the gig and the weakness of the material. The trouble started early, with an opening production number that was far more earnest than camp. With its talk of how movies aren’t “real life but they’ll show you what life really means,” Harris’s song was another volley in Hollywood’s decadelong, one-sided argument for itself.1 Jack Black’s cameo, in which he railed against “pitching tents for tentpoles and chasing Chinese bucks,” was both funny and true. But Harris isn’t a nimble enough comedian to play both sides of a joke. Halfheartedly acknowledging all the aggrieved elephants in the room, from the startling lack of diversity of the nominees to the snubs of presenters like David Oyelowo and Jennifer Aniston, brought an insidery sourness to the proceedings. By pointing at scabs instead of picking at them, Harris somehow made everything worse. It’s very hard to project to the rafters and wink to Twitter at the same time.

By mid-show, even Harris knew he was bombing, but he appeared powerless to do anything about it. His puns atrophied. His skit partners sold him out. The simple act of throwing to commercial took on the airless tenor of a proof-of-life video. A comic with more skill and less sincerity might have been able to steer into the skid, but Harris, Broadway to the bone, stuck to the script.2 The only thing more painful than watching the post-midnight conclusion to the predictions-in-a-box gag was the realization that we’ll be watching it again next year during the tasteful montage of high-profile deaths.

Speaking of montages, Meron and Zadan wisely reduced the number of them this year, nixing the strangely desperate “but we’re movies, you love us” clip packages that had weighted previous broadcasts and smartly combining the Best Picture primers into groups of two and three. Not that they could contain themselves completely. Waiting until 11:15 on the East Coast to launch into a tribute to a half-century-old musical was insane and borderline cruel. Lady Gaga’s Elric-in-the-Catskills performance of what felt like a solid two-thirds of The Sound of Music was just insane.3 More distressingly, Meron and Zadan robbed us of the montages we actually want. The In Memoriam segment looked fantastic — actually, the graphic design and font choices were spectacular throughout — but there’s real joy to be had in seeing these fallen favorites at their best. I’d have traded all of Jennifer Hudson’s high notes and at least half of Channing Tatum’s neck for a last glimpse of Robin Williams barking “It’s not your fault!” or Lauren Bacall teaching us how to whistle. It’s a rare opportunity for the Oscars to show us the power of movies instead of lecturing us about it.

The truth is, there was a decent broadcast hidden amid all the dross last night, a lean and surprising ceremony desperate to wriggle free from its velour bathrobe and run, wild and naked, through the Times Square of our imagination. You could see it in a handful of performances, like the chaotic whimsy of “Everything Is Awesome” and the somber uplift of “Glory.” But the bones of the better broadcast lay, as they always do, in the acceptance speeches. That Meron considers them to be an obligation rather than the focus is a sign that it might be time for a fresh set of eyes in the control booth.

It may be anathema to those raised on the crisp predictability of musicals, but chaos is what makes the Oscars special — and, really, what keeps the ratings of live broadcasts soaring even as everything around them craters. It’s the little things that have the biggest impact, like an unknown Polish director shouting down an entire orchestra or an unexpected screenplay winner baring his soul. It’s best to look at the eruption of personal drama and political vigor not as cynical, podium point-scoring or as the tinder for a dozen instant hot takes but as irrepressibly human moments in a telecast and an industry mostly devoid of them.

When I say about the Academy Awards that “the show is the show,” it doesn’t need to be accompanied by a helpless shrug. There’s still great pleasure to be found in anticipating to whom the Oscar will go and how they’ll go about receiving it. It’s fun to see British people freak out and famous, immaculate faces suddenly crack. There’s no effort required to make it all feel important to us because it’s so clearly important to them. Early on last night, Neil Patrick Harris insisted that what he loves “most of all” in show business is “mystery.” The one about making the Oscars tolerable shouldn’t be so difficult to solve.