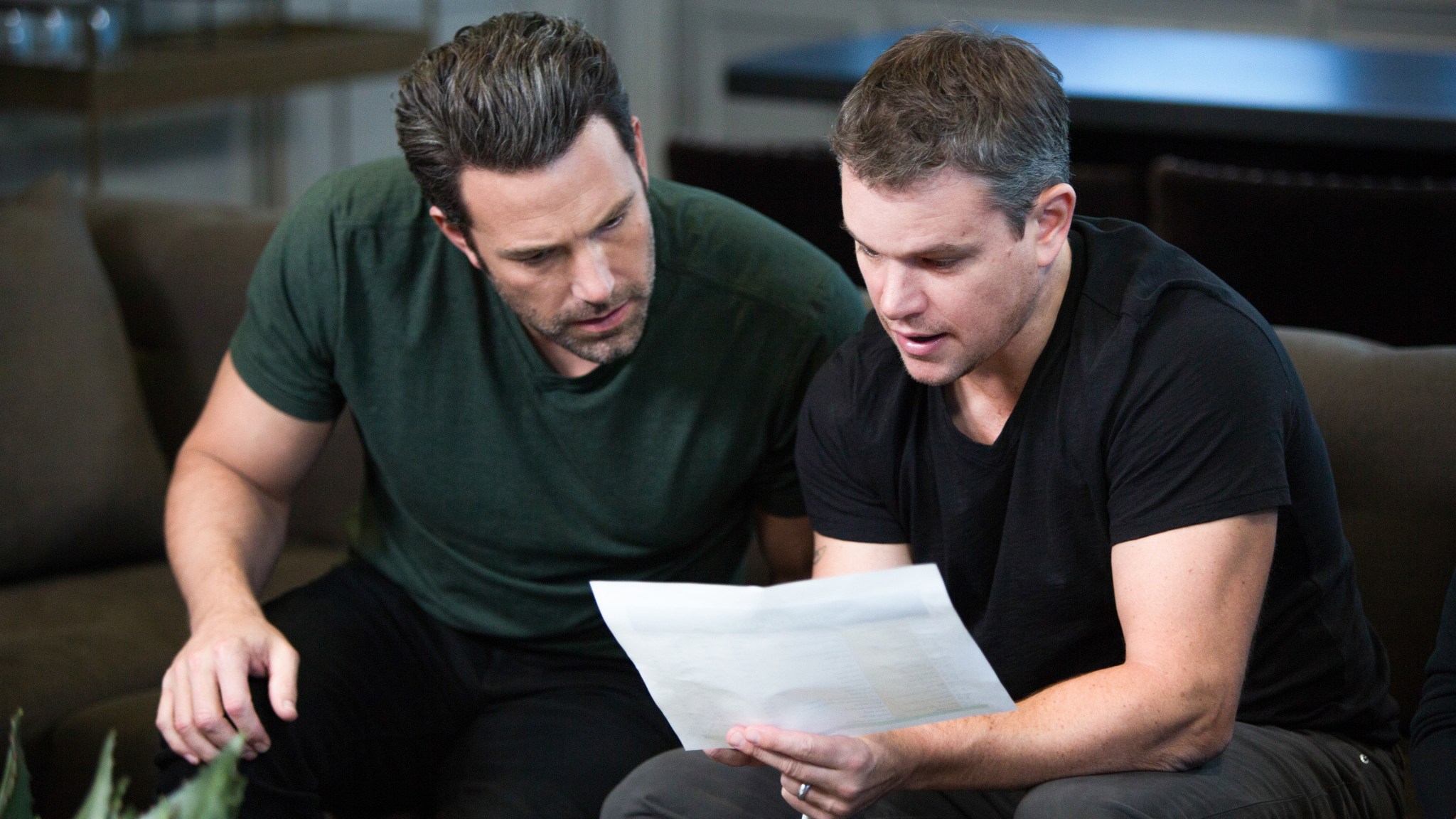 On Sunday, more than a decade since it first went off the air, the let’s-make-a-movie reality show Project Greenlight returned to HBO.1 Why, exactly? When announcing its return last spring, Ben Affleck — who, along with his buddy Matt Damon, cocreated and shepherded the show — said “Project Greenlight was ahead of its time. Now that technology has caught up to the concept, we thought it was a perfect time to bring it back.” That seems hard to deny. It also seems to be beside the point. Greenlight’s not back so much because, finally, the stars have aligned for shambling behind-the-scenes docu-drama. It’s back because it’s 2015, and Matt Damon and Ben Affleck are still very famous, and so they get to have their quirky little vanity project air, if they so choose.

Which, good. Because as far as vanity projects go, Greenlight’s a great one. Yes, it’s inherently illogical. The show is, in large part, about explicating exactly how hard making a movie is — but it would appear to be self-evident that introducing the shooting of a reality show into a famously arduous process would make said process, you know, arduous-er? The same idea applied with Starz’s recent entrant into the genre, The Chair, from beloved Greenlight alumnus Chris Moore: Watching the high jinks of people scrambling from pitch to script to preproduction is transfixing, but you can’t help but think, This cannot be the best way to make a movie.

That said: Who cares?! In 2015, it turns out, the charms of Greenlight are just what they were in 2005. Lots of stressed-out people, largely in drab, unfurnished conference rooms and offices, are running their hands through their hair; removing and re-doffing baseball caps; staring, through bleary and caffeine-blasted eyes, at phones for news that in an instant could change their lives. At one point this season, we get an actual time lapse of dudes in a room writing. At another, an executive jokingly yells, “No more scripts, motherfucker!” In its return, Greenlight is intent on not changing much at all.2

In the first episode, a contest winner is selected to shoot what we are told is a broad romantic comedy called Not Another Pretty Woman. Quickly, this contest winner (the show actually didn’t make that big of a deal of keeping the identity of this person a secret but, hey, spoilers are spoilers) proves to be a peculiar type. They want to shoot on film; to punch up the aforementioned broad rom-com, they want to bring in the guy who wrote Boys Don’t Cry. On hearing this, a producer deadpans: “That great comedy … Boys Don’t Cry.”

But as the next few episodes unfold, it seems clear the winner of the contest has been selected for their chops and their vision, not their bedside manner. As the show has done repeatedly, most specifically with Season 3 winner John Gulager, Greenlight seems intent on handing the reins to creatively gifted people who might not know at all how to play ball. Hey: At the very least, it’ll make for some good TV.

With Moore gone, our lead producer and de facto audience surrogate is Effie Brown. An industry veteran (most recently of Dear White People), she’s the one rolling her eyes at petulantly phrased demands. She’s the one banging on the office doors for script revisions. And she’s also the one coddling personalities and smoothing feathers, making sure the movie actually happens. Moore was a powerhouse, his outsize personality perfect for reality TV. But Brown provides a different kind of charm: aggrieved but loving, somehow both always near exasperation and inexhaustible. In the tensest moment of the first episode, Brown — the only person of color in the room — raises a critique that’s depressing in its familiarity: Before we hire another white male, can we give some other folks a look? Damon locks in with her, politely but firmly insisting that all hiring decisions are being made on merit alone, lest the nature of the contest be changed in the eleventh hour. Brown comes back with a compelling argument as to why a white male may not be best suited to handle the material at hand, pointing out there’s a more diverse directing team among their finalists who might warrant greater consideration. She doesn’t win the argument, but she makes herself heard. You get the sense that she’ll wobble, but she won’t fall, a trait that will be on display in dealing with the not-so-surprisingly difficult winner in the next episode.

And then, of course, there are Ben and Matt. In limited screen time, these two get right back down to bro’ing. In a late-breaking twist, the power balance in their eternal pas de deux may have most recently shifted back to Damon. While Affleck is under the microscope for his Batman and his personal life, Damon has got another Bourne on deck and The Martian out on the festival circuit already earning rave reviews. Here, though, that doesn’t matter. Here, they’re just gonna bust each other’s balls. Damon, upon spotting several posters from the same Oscar-winning movie in Affleck’s office: “You like that Argo, huh?”

As our own Dave Schilling recently pointed out, “In the years before they were Batman and Bourne, the duo’s brand was that of the plucky underdog kids from Boston who ‘made good.’ Project Greenlight … was something of an attempt to pay it forward.” I think that’s right. For all of their latter-day foibles, the career missteps and mini-resurgences, there is a tiny bit of the skinny kids who made Good Will Hunting still in them. They haven’t written together since that movie. They’ve only acted together in a major way once (in Kevin Smith’s Dogma, of all places). But with Greenlight, amid their various franchising and PR meltdowns, they get to get out there — in beat-up Sox caps, rolled-up papers in their hands — and scrap.