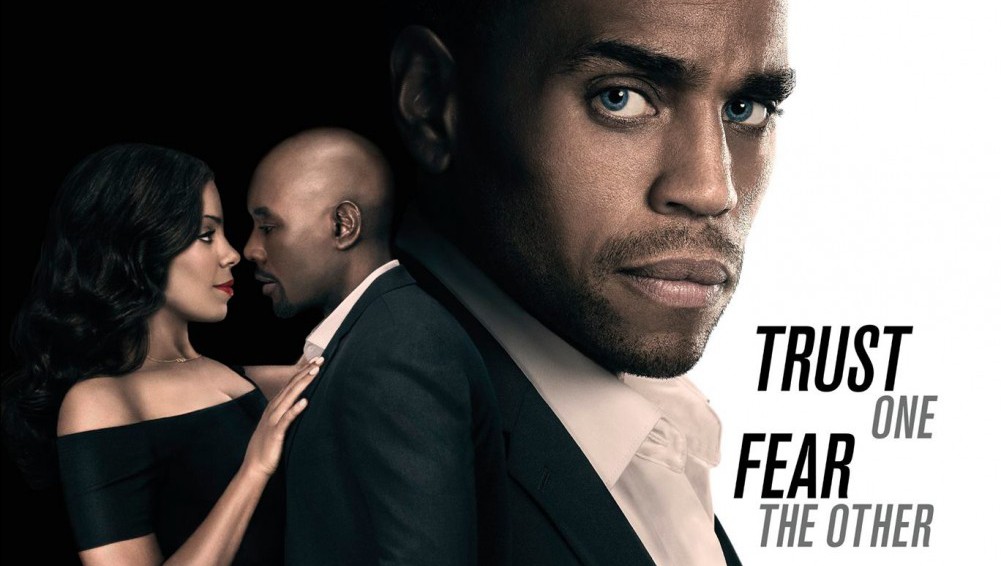 This weekend Hollywood shook off the pall cast by endless summer’s malingering August to come back with a surprising bang — and Oscar season hasn’t even delivered its opening salvo yet. That won’t happen until next weekend, when we have an embarrassment of riches between Johnny Depp’s Southie accent, some 3-D avalanches, and Emily Blunt, cartel-ass-kicker. But sometimes, we just really want to go out and see a movie, any movie.

Yes, despite a more limited menu of new releases, the domestic box office shot up 17 percent over last year, finally putting 2015’s overall gross neck-and-neck with 2013’s record-setting year. In fact, the abundance came from some surprising corners, so we have a lot of cheap plastic trophies to hand out this morning — and one that should mean a lot to an especially beaten-down little-aspiring-next-Spielberg in particular. But first a salute to what counts for progress by Hollywood standards:

After Idris Elba conned his way into our hearts (and wallets) last year with No Good Deed, no one was surprised to see Michael Ealy and Sanaa Lathan take their turn seducing audiences with The Perfect Guy. The woman-in-peril thriller shook off bad reviews and placed first with a robust $26.7 million domestic for the weekend, a handsome profit on a modest $12 million budget. That’s a huge 50 percent jump above conservative estimates that put it at $17 million for the weekend, and another much-needed win for long-suffering Sony, a studio that’s otherwise holding its breath until James Bond arrives to save its bottom line in November.

However, the bigger win may be that Hollywood has reached something of a long-overdue tipping point: Between Straight Outta Compton, War Room, and now The Perfect Guy, the box office winner has been a film headlined by African American leads for five weeks in a row. Fittingly, the milestone comes from Screen Gems, long one of the few places in Hollywood to actively (and successfully) serve African American audiences. While mainstream Hollywood may still have miles to go in its retrograde approach to race, The Perfect Guy notches up another win for smartly marketed films that reflect the actual racial composition of 21st-century America better than the usual whitewash. Now, if only Tinseltown can get to work on that sexism thing …

However, the real shocker this weekend — and my brain can barely process these words as I type — is that M. Night Shyamalan, the Director Who Heard Voices, actually notched a win. His found-footage thriller The Visit came perilously close on The Perfect Guy’s heels with $25.7 million domestic for the weekend, surprising all those who figured the real twist was always that Night’s career had been dead the whole time. That second-place result1 shows yet again that Universal’s historic flood raises all boats, even ones as battered as Shyamalan’s. In fact, one might be tempted to see this as further evidence of whatever diabolic pact Universal made in exchange for its perfect year: Only a Satanic alliance could give a bona fide hit to the director who inflicted that celluloid Versailles of ego, Lady in the Water, on us.

But like Shyamalan’s stories themselves, those suggestive hints of dark forces at play belie a more prosaic truth: He deserves all the credit on this one. Foregoing the cushion of name stars like Bruce Willis or Will Smith, The Visit was essentially M. Night Unplugged, the humbled director using his $5 million After Earth payday to finance and shoot this film — about two precocious, camera-toting tykes whose visit to their grandparents takes on ominous Hansel and Gretel overtones — on the down low, away from the scorching glare of public and industry disdain. (Microbudget horror kingpin Jason Blum gets the assist for convincing Universal to acquire and distribute the film; most impressively, as Forbes notes, The Visit is the second-biggest debut for an original Blumhouse film after The Purge’s $33 million.) So, between this and Wayward Pines, which Night exec-produced, must we declare a Shyamalanaissance?

Even if the reviews hint that Shyamalan hasn’t entirely foregone his campiest tricks — and I couldn’t bring myself to see it, as my disdain for said tricks is so great I opted for The Man From U.N.C.L.E. out of morbid curiosity instead — a hit is a hit. Shyamalan had reached such truly Mariana Trench–level depths with The Happening and After Earth that you can’t deny the man a win, no matter how embittered you are by The Last Airbender. A $26.7 million opening off a $5 million budget is gangbusters by any measure, and The Visit should keep cleaning up for a while as the best lighthearted genre alternative to that coming deluge of prestige films. And to be fair, Shyamalan has always been a good director, hamstrung more by self-important, sloppy scripts than lack of talent. So, yes, unless and until he again gives in to those tragic flaws with his next big-budget twist ending, the Shyamalanaissance is indeed a thing.

Unfortunately, it wasn’t all blue skies and vomiting grandparents at the box office this weekend. 90 Minutes in Heaven tried to cash in its best-seller source material to nab some faith-based coin, but got an insufficient funds notice at the Pearly Gates’s ATM. The true tale of Don Piper’s near-death experience made a mere $2.2 million in 878 theaters on a $5 million to $6 million budget plus whatever its backers, the owners of Family Christian Stores, put up for marketing. Apparently, the box office can handle only one faith-affirming film at a time: Sony’s War Room kept up its strong run with another $7.4 million for third place. The silver lining in Heaven’s cloudy day is that whatever profits there are from the film will go to charity.

This weekend even gave a bit of a break to the beleaguered state of indie film: Radius’s Austrian horror film Goodnight Mommy nabbed a nifty $60,286 from four theaters while IFC’s documentary Meet the Patels scored a truly surprising $75,597 in five theaters, which makes it a candidate for sleeper success. But the real winner was IFC Films’s Sleeping With Other People, a Sundance hit that posted a solid $103,125 in just five theaters, for $20,625 per theater, the kind of specialty-film average that has been a rarity this summer. Sundance’s other big champ, last week’s A Walk in the Woods, also kept plucking golden daisies from the money fields: It added another $4.6 million this weekend, good enough for no. 4 and boosting its total take to almost $20 million.

The Weekend at Your Crazy Grandparents’ Place Top Five

Filed Under: Box office, Movies, The Perfect Guy, The Visit, 90 Minutes in Heaven