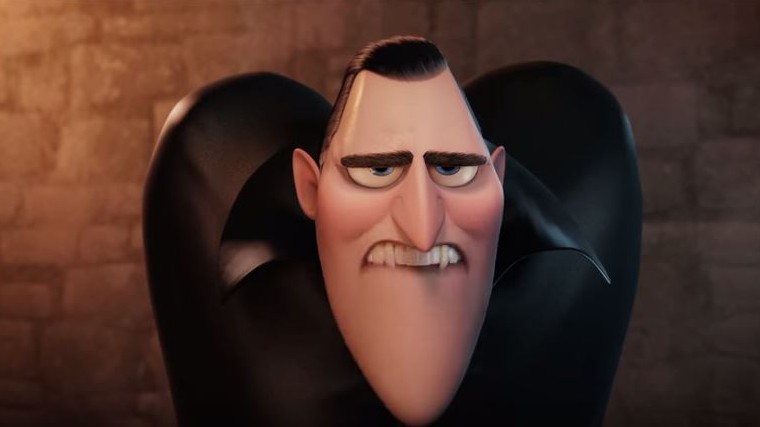 This weekend America went gaga for Frankie the First’s big trip to the East Coast: It was pope this, pope that, pope coloring books and modest Fiats as far as the media’s eye could see. But most of us probably couldn’t score one of the precious few tickets to watch the pontiff eat, pray, and love wherever he went. Fortunately, the cineplex was there to welcome us into its air-conditioned arms with the soul-corrupting comfort of the silver screen. Maybe that’s why the North American box office rocketed into the stratosphere, 30 percent above this same weekend back in 2014 — nothing to sniff at considering Denzel himself was having one of his best debuts ever back then. This year, Hollywood can thank an unlikely trinity — the Lord of the Night, Whitey Bulger, and Nancy Meyers — for filling its coffers with cold, hard coin. It was a winner-heavy weekend, with only a few losers in need of papal dispensation.

First M. Night Shyamalan, then Johnny Depp, and now Adam Sandler? Coming back from the box office dead is officially a thing this September. We’ve catalogued Sandler’s steep descent into the bleakest depths of box office oblivion for so long that I’d almost pre-written his obituary for this weekend. But never underestimate the power of animated kiddie movies — and when you mix them with vampires, you’ve got the kind of franchise that just won’t die, despite all the critical stakes rammed through its heart. Hotel Transylvania 2 just set a September record for biggest North American opening ever1 with $47.5 million off an $80 million budget, plus another $29.2 million internationally. If it behaves like most every other animated film out there, Hotel Transylvania 2 will likely clear $150 million domestic: a definite win for Sandler.

You can practically see the tears of joy salt-streaking the face of Rory Bruer, Sony Pictures’ president of worldwide distribution, as he proclaimed to Variety that Hotel Transylvania 2 is “on its way to being one of the most beloved franchises of all time.” You can forgive his hyperbolic ebullience; Sony sorely needed this win after its own unforgiving box office drought this summer, with War Room and The Perfect Guy being the closest thing to hits coming out of its Culver City studio.2 This is Sony’s biggest opening since 22 Jump Street, all the way back in June 2014. And if anyone needed a hit worse than Sony, it was Adam Sandler. Barely two months ago, Pixels provided just the latest opportunity for pundits to tap-dance on the grave of his theatrical viability. Now he’s got the second-biggest opening weekend of his career after The Longest Yard.

However, one animated hit can’t make up for Jack and Jill, or Blended, or pretty much any Adam Sandler film in the past 10 years. And while Sandler’s fingerprints are all over the film, his face isn’t what’s front and center on the poster, so this doesn’t count as total exoneration for Happy Gilmore. The original Transylvania made $358 million worldwide, and this was an expected hit; anything less and we really might have heard the last of Sandler. For the moment it’s nothing more than a nice reprieve from his extended cold streak, a temporary life vest keeping the erstwhile megastar’s head above the water of Hollywood irrelevance.

A funny thing happened on the way to the summit: Everest had itself a nice first-stage ascent last weekend, making enough in a handful of IMAX theaters to break into the top five. Then it hit a rough patch: After expanding wide into 3,006 theaters, Everest managed only $13.1 million. Now, there’s no need to send the Sherpa back down the mountain for help, but given how well Everest did last weekend, Universal can feel the frostbite setting in, especially since it’s going to lose a huge hunk of those rainmaking IMAX theaters to The Walk this Wednesday. And it doesn’t help to have Into Thin Air author Jon Krakauer calling the film “total bull.” But yet again, international saves the day: With $73.7 million coming from abroad, Everest has a 10-day worldwide total of $96.8 million — so the $55 million film isn’t exactly slipping down a snow-filled chasm. Give it another whiff of the old O2 tank and it should weather the storm.

Rounding out the balanced slate of wide openings, the unexpected comic duo of Robert De Niro and Anne Hathaway had a respectable showing with The Intern. Nancy Meyers’s latest high-end feel-good film snagged second place in North America with $18.2 million. With a solid and loyal following — never underestimate the number of people who want to spend two hours pretending they live inside a Crate and Barrel catalogue — Meyers rarely loses: Her past four films have each made $200 million worldwide. However, in line with the slow extinction of mid-budget movies, The Intern’s $40 million budget marks a significant decrease from the heady days of 2009, when Meyers had $85 million to make It’s Complicated. Yes, even for the queen of mainstream romantic comedies … something’s gotta give.

Although not a Donner Party–level disaster, Eli Roth’s cannibal opus The Green Inferno pulls a loser card this weekend for its tame $3.5 million opening in 1,540 theaters, proving yet again that films put on the shelf don’t age like wine. Though Inferno made its premiere more than two years ago at the 2013 Toronto International Film Festival, a truly gruesome squabble over marketing costs kept it from opening back in September 2014, so this release was something of a salvage operation: a modest, targeted theatrical opening intended to boost its revenues beyond what it would make if it went the VOD-only route. So there wasn’t a lot of money behind it — and yes, the distributor was none other than the King of Cost Consciousness Jason Blum, whose new label BH Tilt released the film. Blum kept the marketing minimal, and the acquisition price was apparently only $1 million. Still, Blum had to have hoped for something a little juicer from a pedigreed shlockmeister like Roth, maybe more like $4 million to $5 million. But at the end of the day, even if it’s not another outright hit, Blum will make his money back. He always does.

Emily Blunt continues to set the art house on fire: After a stellar showing last weekend in just six locations, Sicario tunneled into a few more theaters — 59 total, to be exact — and still smuggled away $1.77 million, good enough for 10th place. That’s a $30,000 per-theater average in its second weekend; by way of comparison, housing-crisis drama 99 Homes debuted nicely with $32,807 in two theaters, while Sundance darling Mississippi Grind made $14,355 in one New York theater — although that one’s also available on DirecTV.

Unfortunately, the art house also coughed up the weekend’s one bona fide failure: the much-maligned, whitewashing Stonewall earned a sad $112,414 in 129 theaters — or, if you really want to grimace, an $871 average per theater. Box office, critical reception — it’s another Emmerich disaster film any way you look at it.

‘The Right Reasons’ Podcast: ‘The Bachelor’ and ‘Survivor’