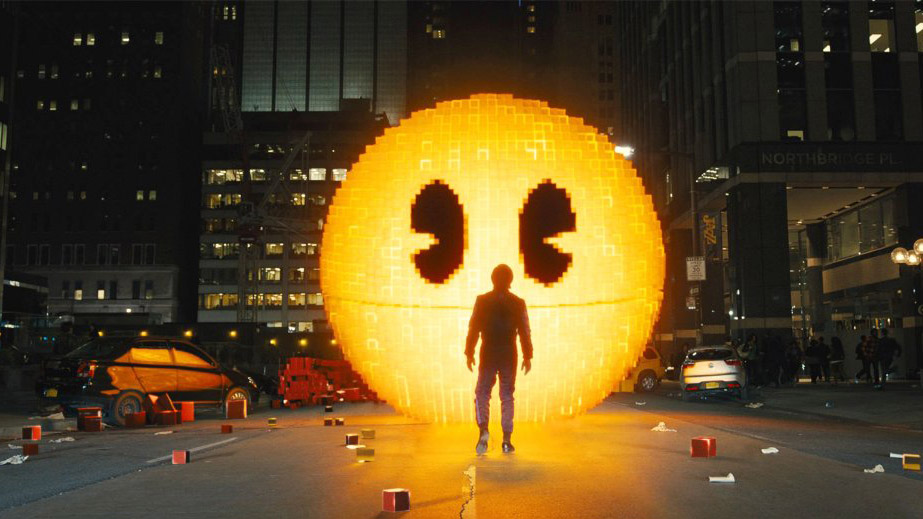 We decry the decline of the moviegoing ritual often in this column, but a darkened theater remains a near-sacred space in our society — a haven from heat and petty annoyances, to say nothing of the sharper edges of the world. But last Thursday in Louisiana that space came under attack again. Inevitably, some wondered if the violence would keep moviegoers at home, and while the domestic box office did dip about 5 percent compared to last year, most seasoned observers — including the sharps at Deadline — attributed that more to the fare on display than the events in Lafayette. So if you bought a ticket looking to take your mind off the events in the real world? Judging by audience reaction, there wasn’t much solace to be had there either.

Sony can’t catch a break: First, Neill Blomkamp’s foul-mouthed riff on Short Circuit stumbled; then Aloha fell so flat that Cameron Crowe ended up issuing Internet apologies. But the worst was saved for this weekend, when the studio’s last blockbuster hope threw up a blue screen of death. Adam Sandler’s action comedy got run over by a Donkey Kong–size barrel of bad reviews and landed in a humiliating second place with only $24 million.

Sony swiftly tried to save financial face, claiming the budget was only $88 million after rebates. But The Hollywood Reporter says the full, pre-rebate cost was actually $110 million, a number that doesn’t even begin to account for marketing costs. And yes, the $25.4 million Pixels earned abroad should help, but that can’t begin to cover up the fact that — despite boasting all the elements to be the blockbuster that Sony so desperately needed — Pixels opened even lower than the execrable Jack and Jill and leaves the studio in eighth place in overall box office.

So what happened? Adam Sandler. We’ve been charting Sandler’s fall for a while now: Last fall, his twin hopes for Punch-Drunk Love–style creative salvation, Tom McCarthy’s The Cobbler and Jason Reitman’s Men, Women & Children were both savaged critically and financially1 — and his upcoming comedy The Ridiculous Six couldn’t even make it through production without incurring charges of racial insensitivity. Now Pixels’s underperformance has become the occasion to bury Sandler’s career wholesale. That may be going a little overboard, but we’ll say this: In the harsh light of Monday morning, Sandler’s recent Netflix deal looks less like a revolutionary business move and a lot more like a last resort.

Despite all the crushing expectations that come with the Marvel imprimatur,2 Ant-Man held up just fine, taking first place with $24.8 million and dropping only 57 percent, roughly average for a Marvel outing. So yeah, Scott Lang’s no Star-Lord, but wringing boatloads of money from more and more obscure superheroes is a progressively difficult task. Any sane suit would be happy to have a film that has grabbed $226.5 million worldwide and will cross $300 million when all’s said and done. If anything, it’s a testament to the studio’s monstrous momentum that Ant-Man counts as a “rear of the pack” entry. In other words: That’s some pack.

Just ask the erstwhile Prince of Persia: Jake Gyllenhaal is officially on a roll. His masochist epic Southpaw just punched above its weight despite mixed reviews, earning a higher-than-expected $16 million and battering its way into the top five. Southpaw’s success largely lay in its ability to connect with chronically underserved African American and Latino audiences, which respectively accounted for 21 and 24 percent of tickets sold. Made for a thrifty $25 million, Antoine Fuqua’s film should easily win a tidy profit for Harvey Weinstein — one that he will undoubtedly then spend trying to get an Oscar for his star. Given the beatings Gyllenhaal has taken onscreen and in the press, you could argue that on at least some level, he’s earned it.

Loser: The Fault in Our Marketing?

Poor Paper Towns: Fox had hoped it would ride the YA wave (and John Green’s insane fan base) to a $20 million opening. But unlike The Fault in Our Stars, which benefited from Shailene Woodley’s Divergent following, Paper Towns had to make due with lesser known leads Nat Wolff and Cara Delevingne, translating to $12.5 million and sixth place at the box office. It was such a disappointment, Fox’s domestic distribution chief Chris Aronson admitted to being “somewhat mystified,” which is executive speak for “What the hell just happened?” Then again, living up to the $300 million worldwide haul of The Fault in Our Stars was probably a heady task to begin with. The coming-of-age film has never been a rainmaker anyway and the cultural phenomenon of TFIOS probably stoked some pie-in-the-sky expectations. Fortunately, $16 million from abroad and an incredibly modest $12 million budget mean that Paper Towns is far from a loss. If anything, those aren’t bad numbers for your standard boy-meets-girl, girl-disappears-without-a-trace, boy-obsessively-hunts-her-throughout-New-York-state teen drama.

This article has been updated to correct the name of Paper Towns and The Fault in Our Stars author John Green.

Welcome to Vernon: Touring the Inspiration for the Real-Life Industrial Hell-town of ‘True Detective’