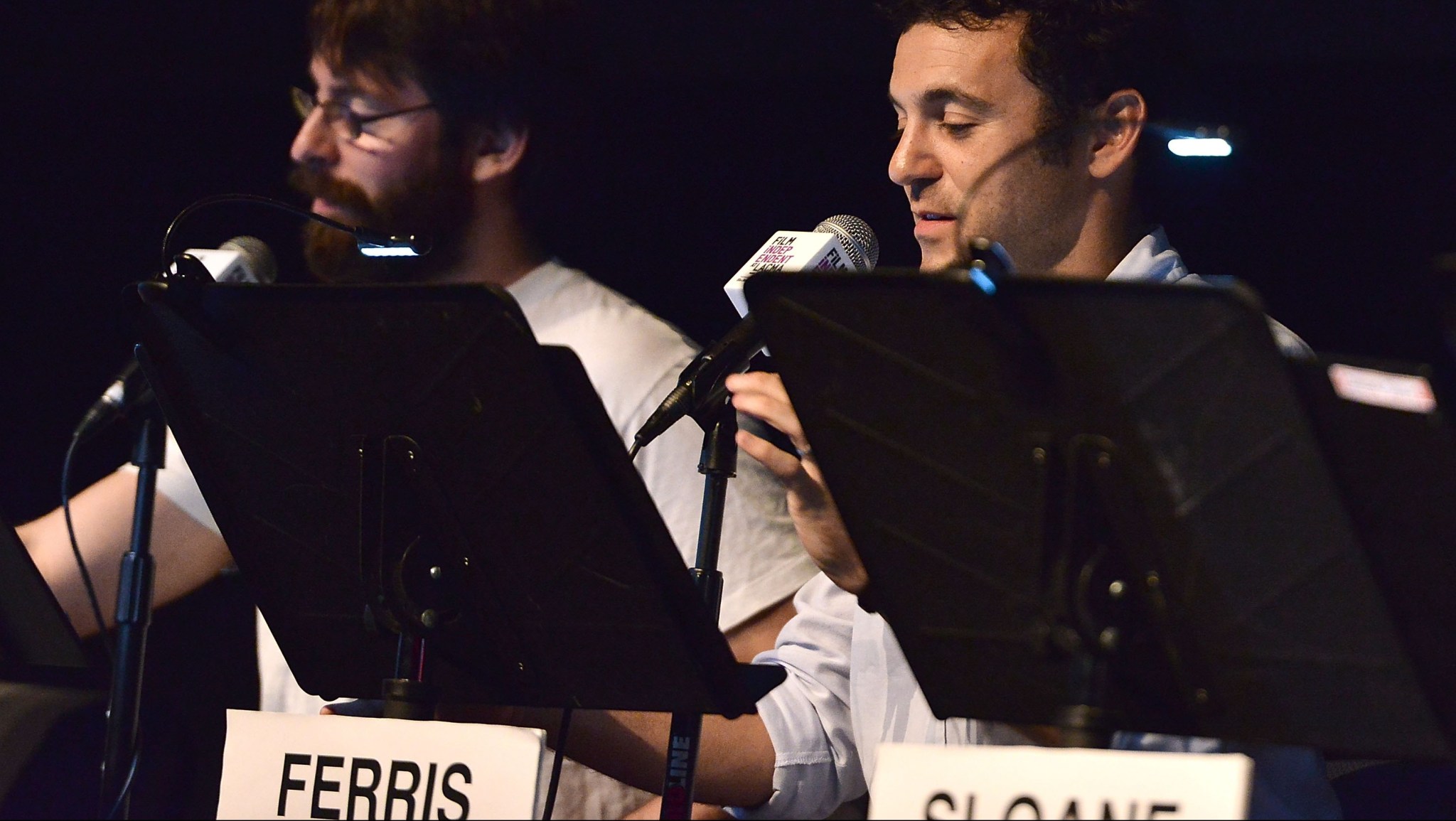 Ferris Bueller’s Day Off holds a funny place in the sacred John Hughes canon. You very rarely hear someone pick it as their personal favorite Hughes film — The Breakfast Club, Pretty in Pink,1 or Sixteen Candles usually get the honor — but I’d argue it’s the one we most universally enjoy. And I’m not writing it off as a “consensus” pick, a compromise you’d get from a randomly sampled audience told to pick one Hughes work to watch over and over. But that’s the thing: You could literally do just that. Even if it doesn’t seem to have the emotional heft of other Hughes movies, Ferris Bueller’s Day Off never gets old. It’s a kind of “perfect movie,” an effortless piece of filmmaking without a hair out of place, to be enjoyed over and over and over — a point driven home yet again by seeing it get director Jason Reitman’s live read treatment at LACMA last night.

Film Independent’s Live Read series has entered its fifth season, and we know the drill: Reitman picks a classic script (or pilot), stunt-casts the heck out of it, and offers up an irreproducible performance that only those lucky few in the room get to appreciate. It’s left to us lucky ones to somehow convey what it meant to reimagine Glengarry Glen Ross with an all-female cast. But what surprised me most this time around was how quickly that stunt-casting — the hook of the series — faded to the background in reimagining Ferris Bueller through Reitman-tinted glasses. Reitman always picks indomitable scripts, but having attended a couple of these now, Ferris Bueller’s Day Off took over the live read in a way I don’t think I’d yet seen.

Of course, that’s not to say the casting this time around didn’t pack the usual frisson of novelty. It was a group of live read stalwarts, with Reitman warhorse Mae Whitman adding a manic crackle to Ferris’s sister Jeanie; Clark Gregg and Casual’s Michaela Watkins yukking it up as Dean Ed Rooney and his loyal sidekick Grace; and Reitman’s sister Catherine adding nice depth to Sloane Peterson. Richard Speight Jr. got the honor of delivering Ben Stein’s classic “Bueller, Bueller, Bueller,” and James Van Der Beek popped in for a surprise cameo in the Charlie Sheen seat. But for my money, Martin Starr won the stunt-casting grand prize by bringing his laconic DNA to Ferris’ best friend/foil Cameron in a way that honored Alan Ruck without being beholden to the iconic performance. Ferris Bueller’s Day Off should never, ever, ever be remade, but if it ever were, Martin Starr’s your man.2

Finally, Fred Savage blithely stepped into Matthew Broderick’s daunting shoes with the brio of someone who knows he has an impossible task. Savage might be one of the few actors alive other than Broderick whose pure likability could keep Ferris’s shenanigans light despite the character’s inherent con-man undercurrent. There will only ever be one Ferris Bueller, but Savage leaped into the role guns ablazin’, then literally leaped into the audience for the big “Twist and Shout” dance number like he was auditioning for Lip Sync Battle. But it was electric, and as obnoxious as it is to write, you had to be there — clapping along concert-style to Savage mounted à la Benigni atop the auditorium’s chairs.

It also illustrated what I mean when I say the cast faded into the background: In that moment, Fred Savage wasn’t Fred Savage reimagining a classic role; he was Ferris Bueller, as if the Bueller algorithm had hijacked his body. It just reinforced how the original film is a Platonic ideal; it’s as if some transcendent archetypal logic had inexorably whittled Hughes’s original screenplay down into its purest form. Even so, the script Reitman used contained a lot famously cut from the film: Ferris’s extra siblings; a Sloane backstory with divorced parents; and quasi-comedic soliloquies on loneliness and nuclear war leading up to a strip club scene. This was maybe the most eye-opening part of the night: how contingent the perfection of Ferris Bueller’s Day Off was. You could see why each scene failed to make the cut even as it hinted at the necessary angst underpinning Ferris’s YOLO ethos. It’s all there in the movie, even if Hughes purposefully trimmed out that angst in its most explicit moments.

Those riffs wouldn’t feel out of place in any other John Hughes film, but their inclusion in the live read demonstrated the delicate acrobatics the original movie pulled off. Ferris dazzles us with his grace, an existential trapeze artist soaring effortlessly above the merciless jaws of maturity. Of course, there are glances of genuine concern in the film — Ferris diving into the pool after Cameron, or Cameron destroying his dad’s Ferrari — which ground it in some essential ways. But Ferris can’t stare too long into the depths lest he lose what he offers us: the exhilarating license to take a genuine day off from the relentless acceleration of our lives, to stop and look around at life before we miss it.

That’s what makes Ferris Bueller’s Day Off transcend being just another hit studio comedy, and that spirit almost transcends the film itself. You laugh but you also get lost in its strange beauty, like Cameron staring enigmatically at Georges Seurat’s pointillist wonderland. Watching Fred Savage turn that LACMA auditorium into his own personal dance number with us along for the ride, you understand why Ferris Bueller hasn’t aged a day in 30 years — and why he probably still won’t 60, 90, or 100 years from now. Oh yeah …

Filed Under: Movies, Ferris Bueller's Day Off, john hughes, We Went there