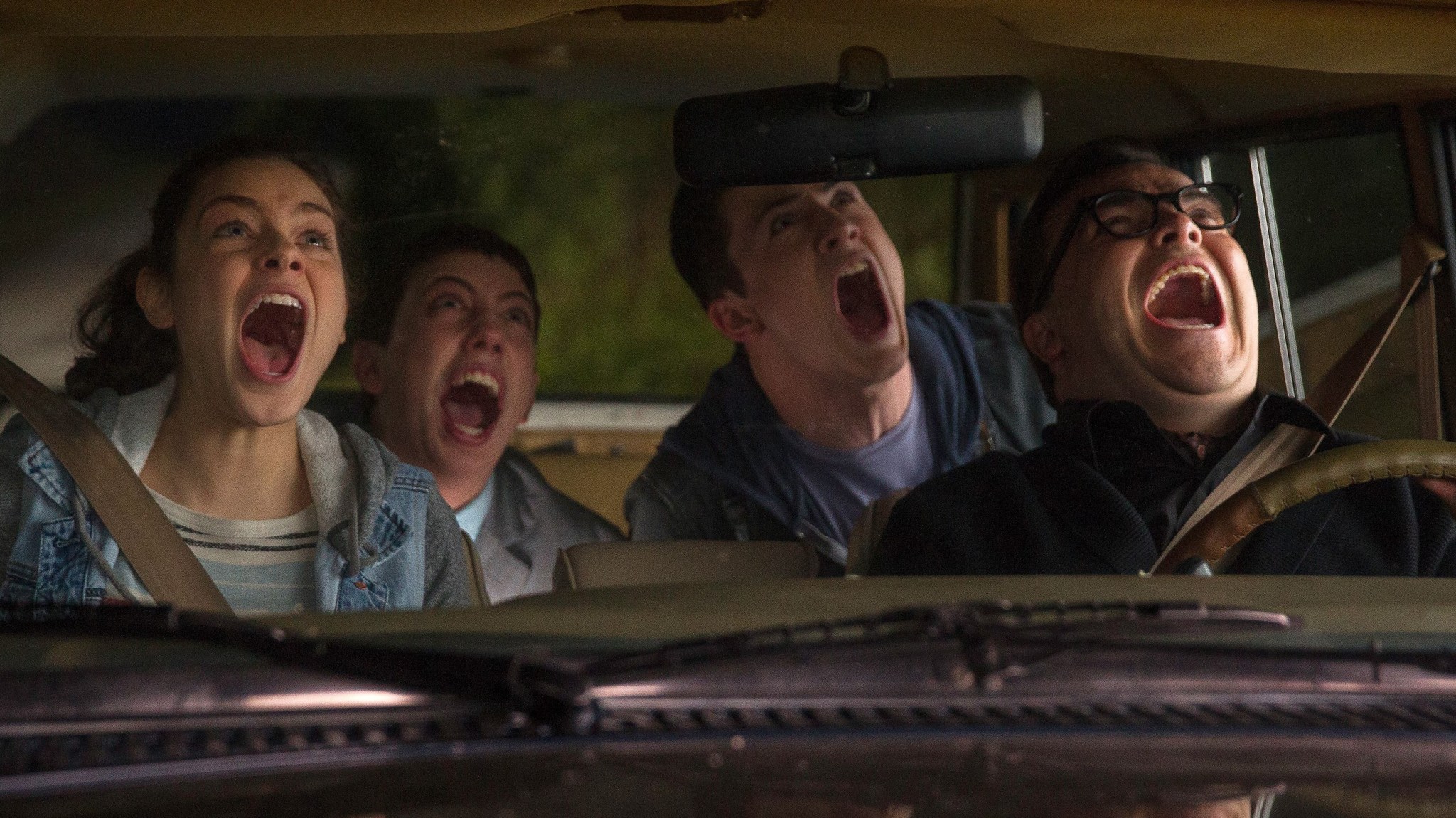 The box office suffered a 20-car pileup this weekend as basically every movie with artistic ambitions or aspirations higher than just “Watch out, dinosaurs!”1 attempted to merge into the traffic of prestige season at once. There are so many options that the multiplex marquee is starting to give off the same vertigo you normally get from 500 channels of cable. Great problem to have, right? Too many good movies at once?

Well, yes and no. Yes in that you’ve got a ton of movies to catch up on if you want to get a head start on the Oscar ballot. No in that you won’t be able to see them all, so some worthy films are going to go home empty-handed, at least financially. In fact, this weekend the top 10 films actually grossed 6.2 percent less than last year. Fortunately, new installments of The Hunger Games, James Bond, and Star Wars are still on the horizon, so no one’s really worried about how the year will finish out. But it makes for a tangled mess of fender benders to sift through as we figure out who’s at fault and whose claims will get honored.

Two months ago, Sony couldn’t catch a break at the box office. Now it has the no. 1 movie for the fourth time in two months. Fracking the well of ’90s nostalgia that paid off so nicely for Jurassic World, Sony’s monster mash-up Goosebumps, with Jack Black as R.L. Stine himself, ran away with the flag this weekend and $23.5 million at the domestic box office. Yes, a $23.5 million opening isn’t exactly one for the record books, and the $58 million budget isn’t chump change either. But you have to think big-picture here: Do you have any idea how many of those freaking books Stine wrote?2

If you visited a school library anytime in the ’90s, then you get my drift; it’s no understatement to say a whole generation of kids learned to read thanks to R.L. Stine. The man is the master of kiddie horror for both the current crop of prepubescents and their parents, and now Sony gets to drop the F-bomb: It has successfully launched what could be a truly unkillable franchise. So don’t think of this weekend’s $23.5 million take (or whatever total Goosebumps ultimately pulls in worldwide) as just one windfall, but rather Sony’s ATM, entirely capable of dispensing mountains of cash for a very long time.

Loser: Guillermo del Toro’s House of Not Quite Horrors

Sadly, the horror-lite formula didn’t work for everyone this weekend. The biggest casualty at the box office turned out to be geek-teur Guillermo del Toro and his personal haunted mansion IMAX ride Crimson Peak. Del Toro’s $55 million Gothic smorgasboard couldn’t even get close to Goosebumps’s take3 and couldn’t even hit its drastically lowered $15 million projection. Instead it came in fourth with $12.9 million in 2,984 theaters — and that’s including an IMAX premium — and didn’t fare much better internationally with $26.3 million worldwide. The film definitely suffered financially from del Toro’s insistence on an R rating, and probably suffered even more from being not quite a horror film, not quite a prestige pic, and not quite that entertaining (according to some reviews). You don’t have to do the math to see that Universal will have an easier time squeezing blood from a stone than a profit from Peak. Wait, you ask, is that a rare failure for the seemingly infallible Universal, 2015’s Studio of the Year?! Well, even when it fails, it doesn’t really fail: Universal made Legendary Pictures finance the whole shebang and acted solely as a distributor.

Say what!?! What the heck are we doing mentioning Marvel outside of blockbuster season? Hey, it’s always blockbuster time in China these days, and Ant-Man just opened to a $43.5 million weekend bow in the Middle Kingdom, the second-biggest Marvel debut in China after Age of Ultron. That lifts it to $454.6 million worldwide and safely out of ho-hum-for-Marvel territory, as Ant-Man has now outearned the original Thor.

Winner and Loser: The Art House

Here’s where things get messy. We’re deep in prestige season, so it’s no shock that the art house should suffer a surfeit of options, but who’s making money — or, more precisely, enough money? In sheer gross terms, Steven Spielberg’s Bridge of Spies took the prize this weekend with $15.4 million in North America off a $40 million budget, good enough for third place. As a prime Oscar contender and, frankly, the best Spielberg film in years, if not decades, Bridge of Spies could have the necessary awards season hustle to sock away cash over the next few months. But undisputed winner? Hmm. Bridge of Spies did fall short of its $17 million projection and, frankly, this is Steven Spielberg and Tom Hanks we’re talking about — two of Hollywood’s kings working with a script assist by the Coen brothers, no less. You’d think that much moviemaking heft, combined with that much quality, would result in enough box office to justify a $40 million budget. But with audiences’ fractured attention spans, such a midrange, high-quality offering is exactly the kind of film that finds it hard to reach a big enough audience. Hopefully, Bridge of Spies will over time.

Elsewhere, the art house news was a little less upbeat. Sicario, now in its fifth week, earned another $4.5 million. And indie breakout (and possible Oscar dark horse) Room had a decent limited opening with $120,000 in four theaters. As good as that is, it’s still behind distributor A24’s recent hits Ex Machina, Amy, and The End of the Tour. Again, this is another case where a steady beat of Oscar buzz should, fingers crossed, help it slowly but steadily accumulate modest profit. Unfortunately, another awards hopeful got a slower start out of the gate, as Truth opened with $76,646 in six theaters. Objecting to its takedown of CBS News, the network refused to air ads for it, but frankly with little buzz and polite reviews, it shouldn’t have bothered protesting. Truth’s silver lining is that Sony Pictures Classics knows how to leverage limited releases and Oscar talk to decent returns.

Then there’s Beasts of No Nation, which made $50,699 in 31 theaters for a grim $1,635 per-theater average. That would be a disaster for a rising star director like Cary Fukunaga — if Beasts weren’t also simultaneously released on Netflix, which cares less about box office revenue than an African warlord does about child endangerment. The theatrical release is but a good-faith gesture to the director and an obligation to qualify the film for an Oscar run, as Netflix’s bottom line is determined from subscription numbers. With box office returns like these, you wonder if any theater will bother to book a movie that most, if not all, Netflix subscribers are probably just going to watch on their own TVs.

‘Star Wars’ Lightning Round: The Reveal of the Final ‘Force Awakens’ Poster