Adam Sandler’s Making Four Movies for Netflix: Just What in the Hell Is Going On Here? 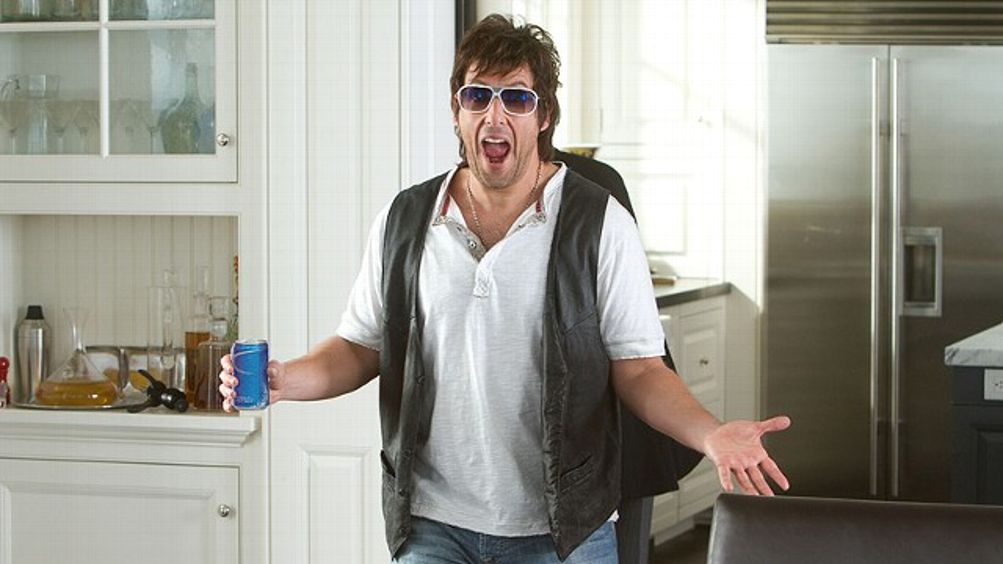 As you may have heard, Netflix has signed Adam Sandler to a four-movie deal. Coming a day after the announcement of Crouching Tiger, Hidden Dragon: The Green Legend — the first movie planned to premiere in theaters and on Netflix at the same time — it certainly feels like the streaming megapolis is just out here swaggin’. As we’ve seen with Netflix’s steady incursion into TV, the more original content it owns, the more the players in the traditional system — in this case, anyone from the movie theater chains to the studio heads — get shaken. As for Sandler’s thought process here? “When these fine people came to me with an offer to make four movies for them,” he wrote in a statement, “I immediately said yes for one reason and one reason only … Netflix rhymes with Wet Chicks.”1 Right, right, of course.

According to the New York Times, Netflix “has said that it will spend $3 billion on content in the next year.” In regard to each Sandler project, THR explains, “Netflix is prepared to pony up as much as the major studios do … which, on average, costs in the $80 million range.”

Note that this figure was back when a Sandler flick, no matter how inane and contrived, was guaranteed to break $100 million domestic. Things, however, are different these days. This year’s Blended, which cost $40 million, continued a streak of underperformance that includes the cratering of Jack and Jill and That’s My Boy. It took a shameless sequel (Sandler’s first ever), Grown Ups 2, to break up the rough patch in between. So is it fair to assume Sandler, concerned with his ability to get back to churning out those $100 million–ers, is happy to take the money where he can get it? Or should we be commending him for his courage in leading us down toward the inevitable streaming-dominated world we’re headed to anyway?

Well, the answer’s probably somewhere in the middle. Sandler is in one of his regular “serious dude” periods, with both Tom McCarthy’s The Cobbler and Jason Reitman’s Men, Women & Children coming soon. But presumably, the four Netflix projects will be in the traditional Happy Madison slapstick/slapdash vein. That means ever-more work for the Sandler Repertory Players (congrats, Allen Covert!). It also means four more movies many of us will be happy to ignore.

Let me just take a minute to say I will defend large swaths of Sandler’s latter-day catalogue. But it’s been at least since 2008’s You Don’t Mess With the Zohan that a Sandler-originated feature has felt like it wasn’t directly insulting our intelligence. Sandler is making the aforementioned dramas and challenging himself by working with serious indie directors, so it’s not fair to say he totally lacks ambition these days. But when it comes to his own broad comedies, he does seem quite content to pull back the same friends, the same directors, and the same half-baked concepts, and then just go out and have some fun, kind of sort of hoping a watchable movie comes out at the end.

Which means Netflix seems to be catching Sandler at just the right juncture of his career: still famous enough to where this news feels truly dramatic, yet just dinged up enough to where he’d agree to the deal in the first place. Either way, it’s an impressive display of prowess by the company. And now the question is this: Who’s Netflix signing up next?!

NBC Defangs Its Awful 'Bad Judge,' Puts Stake in the Heart of Must See Thursday