NBC Defangs Its Awful ‘Bad Judge,’ Puts Stake in the Heart of Must See Thursday 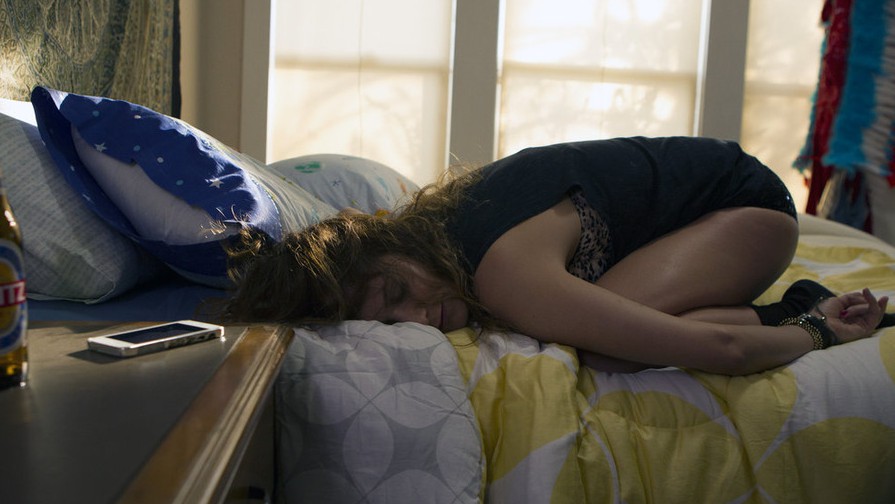 For a long time in this country, prospective teenage drivers were forced to sit in darkened classrooms and watch gruesome video footage of car crashes. The intent was to educate through fear: One wrong move and the poor soul being thrown through the windshield could be you.

I’d like to suggest a similar form of instruction for the television industry, if I may. Everyone involved in the business, from network executives and established showrunners to that nebbishy guy furiously typing a spec script at the Coffee Bean, ought to be required to sit on their couches tonight at 9 p.m., tune in to NBC, and watch Bad Judge. It’s not just that the show is awful — though it is. It’s not just that it’s shockingly incompetent, with reshoots mashed on top of reshoots to the point that continuity pops like a child’s balloon and you really begin to believe that time just might be a flat circle, or at least that NBC outsourced the editing to a teenage trainee at Cold Stone Creamery — though it does. What’s most amazing and instructive about Bad Judge is its total artistic cowardice.

Don’t get me wrong: As originally conceived by producers Adam McKay, Will Ferrell, and Chad Kultgen, Bad Judge didn’t seem particularly promising, but at least it had a point of view. It was to be a dirty comedy in the vein of another Ferrell/McKay production, Eastbound & Down, only this time about a hard-partying L.A. judge played by the game Kate Walsh. Obviously, there are differences between NBC and HBO — it’s unlikely, for example, that Walsh’s Judge Rebecca Wright would ever pop a Molly and bust a move at an elementary school dance. But the implication was that Bad Judge would be a show about a train wreck that wouldn’t be afraid to really tie itself to the tracks. The first version of the pilot serviced to critics wasn’t good, but it at least tried to be bad: Rebecca was a blackout drunk who hooked up with witnesses in her chambers, spent her free time drumming in a band, and had absolutely zero memory of any of the human faces involved in her cases.

What happened next will surprise no one: Network buyer’s remorse. NBC hired Nurse Jackie‘s Liz Brixius to run the show and quickly instructed her to undo nearly everything that had been done. In the botched surgery that will air tonight, all traces of actual bad behavior have been messily removed from the show. Rebecca still calls everyone “dude” and is possibly a little sloppy with her personal life. But her real problem now is that she simply cares too much. The pregnancy test and Gatorade bottle behind the bench don’t rattle her boss, played by veteran character actor Miguel Sandoval. What really upsets him is that Rebecca is simply too invested in her past cases, particularly that of a sweet-faced African American boy named Robby Shoemaker. Again and again Judge Wright flees her courtroom to buy Robby pizza and give him advice on how to defeat bullies. (The most entertaining aspect of Bad Judge is trying to figure out the chronology. “I had wine and cake for breakfast,” Rebecca says just one scene after we watched her down a breakfast burrito.) What hubris! What scandal! “You are a judge, not a social worker!” fumes Sandoval. He’s wrong about that. Thanks to a lily-livered network, she is absolutely nothing at all. 1

I’ve been writing about the slow demise of NBC’s once-proud Thursday night for years. Watching corpses like Bad Judge and A to Z clutter up the graveyard still haunted by the ghosts of Cheers and 30 Rock is sad but no longer surprising. Lousy shows happen all the time. But what really galls is the particular way these shows are terrible. Both are so fundamentally empty, so desperate not to offend that they’ve sailed straight past comedy and into something approaching tragedy. Under entertainment president Bob Greenblatt, NBC has reversed its fortunes considerably and is now the no. 1 network among the coveted 18-to-49-year-old demographic. Yet this is mainly a product of drama (The Blacklist), sports (Sunday Night Football), and furniture (The Voice). Smart, specific sitcoms, once NBC’s bread and butter, have been reduced to an afterthought. ABC’s Manhattan Love Story is my vote for the most noxious new show of the fall. But at least it has enough personality to inspire loathing. The only emotion Bad Judge engenders is pity. It wants to be a wild animal. But after a thorough declawing, defanging, and neutering, all that’s left is a sorry, lifeless pile of fur.

Ironically, NBC’s abandonment of comedy on Thursday — and, it seems, of quality comedy altogether — has led to the creation of a new Must See TV lineup, but on an entirely different network. ABC 2 handed over its Thursday nights to its loudest and most distinctive voice, Shonda Rhimes, with blockbuster results. This matters, and not only because Thursdays remain the most profitable night on network TV for ad revenue. Even in a DVR-sliced, Netflix-skewered television landscape, viewers have made it clear that they will remain loyal to strong voices and consistent brands. CBS dramas, even repellent ones, get ratings because CBS knows how to make and package dramas. ABC is likely to dominate Thursdays for years to come because Shonda Rhimes knows how to make hooky, attention-grabbing hours that tickle pleasure centers and Twitter in equal measure. There was a time when a new NBC sitcom would get a courtesy viewing just based on trust. Those days are long gone. The Biggest Loser is airing tonight at 8 p.m. and it’s not just a reality show. For NBC’s comedy department, it’s just reality.

Adam Sandler's Making Four Movies for Netflix: Just What in the Hell Is Going On Here?