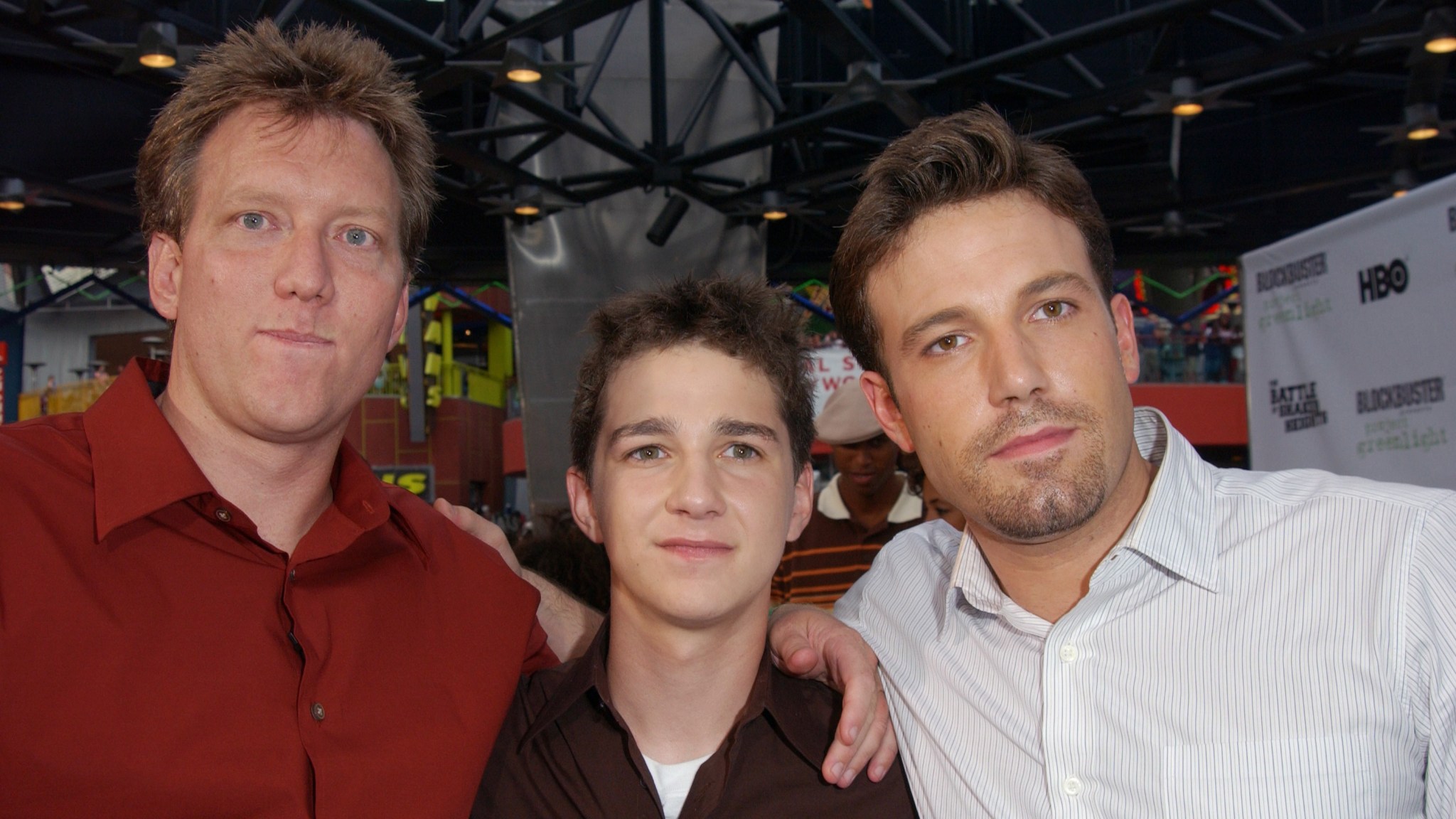 In today’s ever-expanding content megaverse, intellectual property never really dies. It merely hibernates until weather conditions prove more hospitable to its environmental needs. Case in point, this weekend’s relaunch of Project Greenlight — the indie film reality competition co-produced by Ben Affleck and Matt Damon. In the years before they were Batman and Bourne, the duo’s brand was that of the plucky underdog kids from Boston who “made good.” Project Greenlight — which snatched a filmmaker from obscurity via a contest, gave him or her the resources to make their film, and released the film in theaters under the devil’s bargain that they had to submit to their big break becoming a reality show —was something of an attempt to pay it forward. It returns to a reality TV landscape that’s far less hospitable to talent shows.

During its first run, reality talent competitions were still a bit of a novelty and maintained a semblance of magical possibility. American Idol would premiere four months after Greenlight‘s first season ended and go on to birth actual pop stars and dominate television ratings for a decade. Today, Idol is approaching its final season, I can’t name a single winner of The Voice, and Top Chef seems to lose its luster with every hokey spinoff. These shows stumble when audiences realize the prize is just a check, some free clothes, and a few months on TV to tell your kids about and not a glamorous new life in Hollywood.

The same is true of the first run of Project Greenlight. All three winning films were given token theatrical runs and subsequently buried on home video. The fantasy of the talent show making normal people stars was damaged with every clunky feature. They’re bad films, but all of them are interesting as cinematic experiments, if just to see where it all went wrong.

As someone who was in high school when the first run of Project Greenlight came out and didn’t watch much of the show, I wanted to experience these films for the first time and judge them solely as artistic endeavors rather than spinoffs of a reality show. So I combed through the bowels of Netflix and Amazon Prime to find these movies that failed to launch many careers and give them a fair chance to wow me.

Stolen Summer was written and directed by Pete Jones, who has since gone on to become something of a pal to the Farrelly Brothers, as he co-wrote their film Hall Pass and appeared in Dumb and Dumber To.1 I count Jones as a success story because he’s still working in Hollywood. He might not have achieved the level of fame the producers hoped for, but he’s not unemployed either.

As for the movie itself, it begins inauspiciously with a narration about how wacky it is to grow up in the 1970s with a Catholic mom. Knowing only the scantest details about the plot, I assumed the story would revolve around a young boy’s complicated relationship with his mother.

Also that there would be a narration.

I would find out soon enough how wrong I was. But first, let me direct your eye toward the film’s opening credits. You might find something amiss: 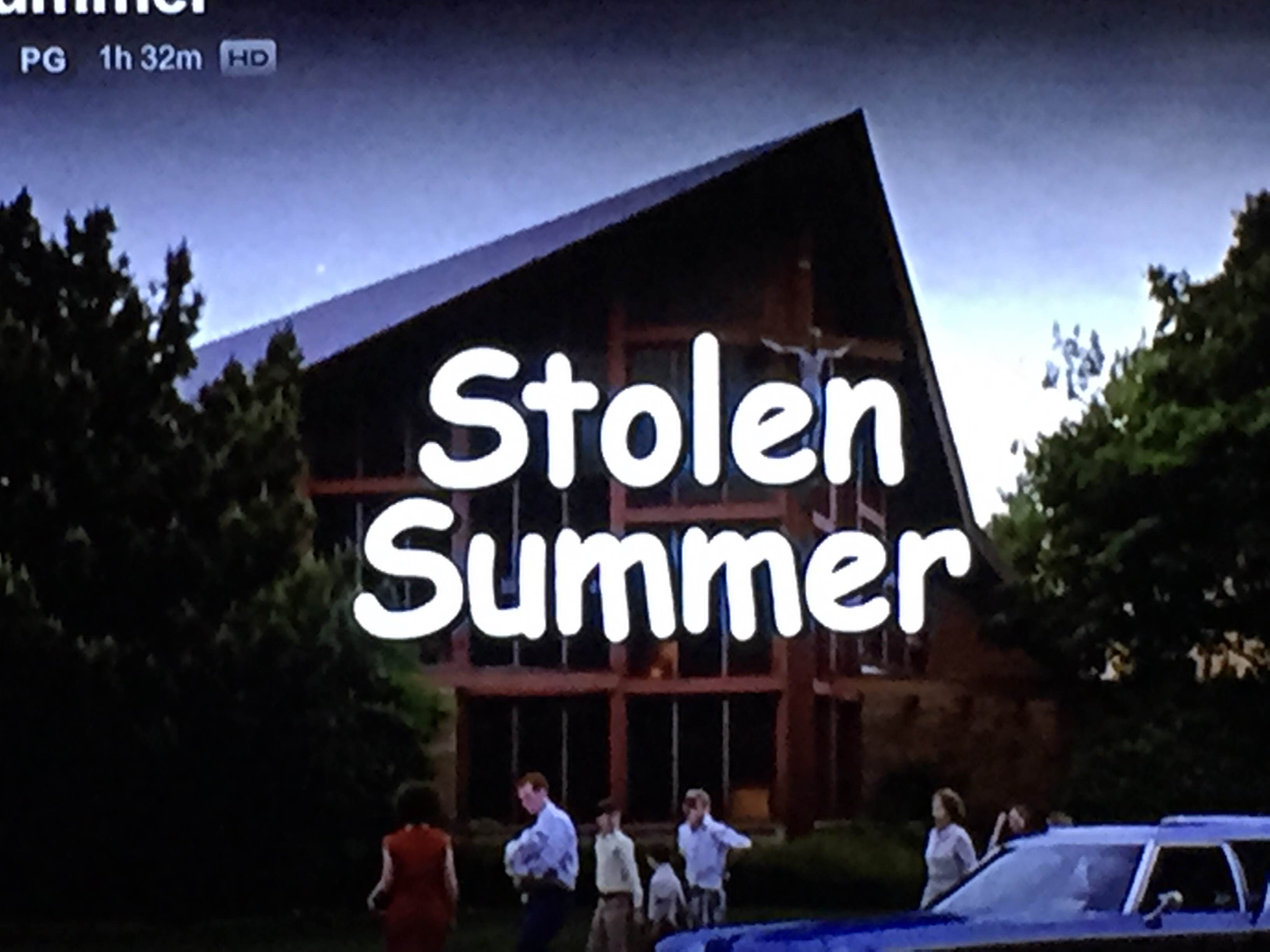 Yup. That’s Comic Sans, America’s favorite font! It’s the perfect font for PTA flyers, humorous birthday cards, eviction notices, makeshift bathroom signs, and, of course, the opening credits for major motion pictures. I wish I could have been in the meeting in which Pete Jones slammed his fist on the table and demanded Comic Sans for his magnum opus, no matter the cost.

The narration ends (never to return) and the film meanders for 40 minutes of its 91-minute runtime before it settles into what it’s actually about: a semi-creepy story of a young Catholic boy in Chicago named Pete who simultaneously takes religion too literally and completely misunderstands it. In a frenzy to book himself a trip to heaven at the age of 8½, young Pete seeks out a Jewish person to convert to Christianity. He finds his mark in a boy named Danny, who’s suffering from leukemia and has a rabbi for a father. Pete’s stereotypically drunk, grumpy, mildly anti-Semitic Catholic dad is played by Aidan Quinn. The stereotypically nebbishy rabbi is played by Kevin Pollak.

Pete subjects sickly Danny to a series of 10 taxing physical challenges. If poor little Danny can accomplish this decathlon,2 Danny can be baptized and go to heaven.

I guess I was supposed to find it cute that mixed-up Pete would convince a dying child to literally swim for salvation, but I didn’t. I get the whole “kids say the darndest things” genre of fiction. But as a practical thinker with a low tolerance for whimsy, I found myself constantly asking why no adult seemed all that interested in explaining to this clearly curious child what he’s got wrong about religion. Every adult saw Pete either as a bratty little shit with no discipline (his dad) or a prepubescent curiosity from another planet (the rabbi). Don’t let him torture this dying boy! Talk to him! The one moment of sanity is when someone tells Pete, “Don’t try to change the world at 8½.” If only this movie had more straight talk and common sense like that.

Given that the winning screenplay had gone through a rigorous judging process, I thought it would be more compelling and less pedestrian. Once again, I was so wrong. The story follows every beat you’d expect from a coming-of-age period dramedy. There’s nary a surprise to be had in Stolen Summer, save for the jolt of recognition when you see an actor who’s gone on to become more famous in the years since the film’s release. 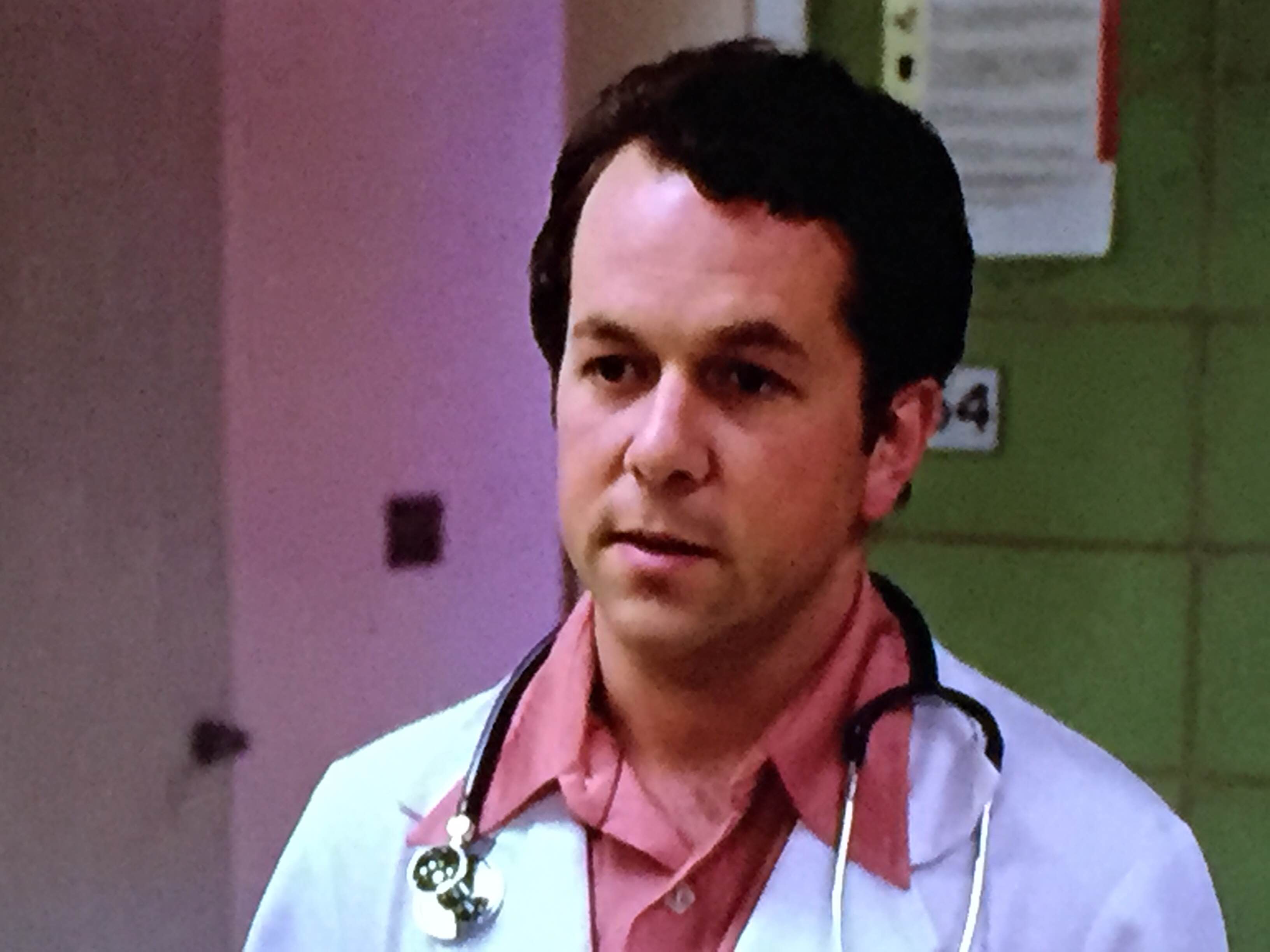 I certainly perked up when Gale from Breaking Bad showed up to “break” the “bad” news that Danny had died. Of course, a dead kid in a movie is bound to make me cry, so Stolen Summer had that going for it as well. If you can’t admit that dead kids in movies make you cry, then you’re a damn liar.

Emotional manipulation aside, this movie is tedious and aesthetically comparable to flipping through a photo album with your grandpa who smells like shoe polish and potatoes. And this is a photo of me during the summer I spent trying to save Jews from going to hell.

The horror ends when Pete learns a VALUABLE LESSON about belief. He tells Danny’s rabbi father that he knows Danny’s in heaven. Rabbi asks, “How do you know?” and Pete responds, “Faith.” Thank you to Pete Jones for telegraphing the meaning of his movie for me. I had a hard time grasping his complex ideas until that last line.

Rating: MUST AVOID (There’s probably a joke here about how Stolen Summer stole 91 minutes of my life, but I’m sure someone made that same connection in 2002 and I ain’t no Fat Jew).

The Battle of Shaker Heights

Say what you please about Shia LaBeouf’s current incarnation, in his prime (you know, back when he was 17), dude was throwing flame on the regular. He was honest, vulnerable, funny, and a bit dark all at once. It should not be a surprise that he became a star despite appearing in The Battle of Shaker Heights.

I can’t say for sure what the judges who picked the winning scripts for Project Greenlight were looking for, but I have compiled a list based on my research:

All of the above elements are present in the first two Project Greenlight films. Though Shaker Heights differs from Stolen Summer by taking place in the “present” (technically, 2003, the present for when it was produced), it’s still focused on characters who are equally bathed in nostalgia. LaBeouf plays Kelly, a lower-middle-class high school kid with an unhealthy obsession for military history and reenacting famous battles. Through his hobby, he meets Bart, played by Elden Henson3 — a rich kid who also loves history, because modern teens so often find themselves making friends through a shared interest in the Battle of the Bulge. 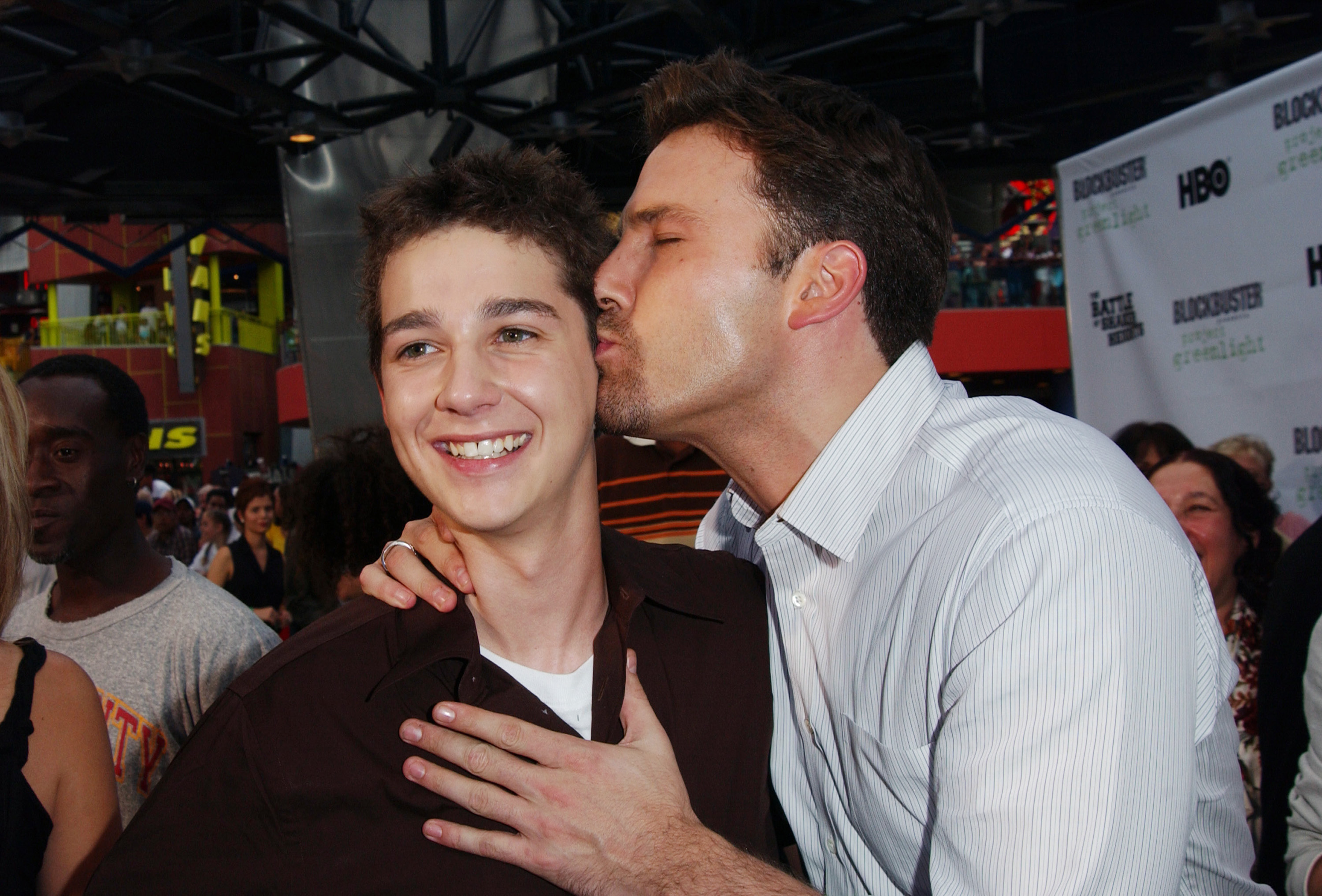 Bart and Kelly bond quickly, but their union is threatened when Kelly falls in love with Bart’s adult sister, played by Bill Simmons Actress Hall of Famer Amy Smart. Kelly’s dad is a recovering heroin addict, so it’s implied that Kelly retreats into fantasy as a means of escaping his less-than-ideal reality. Falling in love with Bart’s engaged sister is another form of fantasy that Kelly must overcome in order to be a man.

After a scant 79 minutes, the movie ends and Kelly learns a VALUABLE LESSON about living in the now or something. The pivotal moment in the story comes when Bart’s sister tells Kelly that her wedding is off, then kisses him. For some reason, every character in the movie is confused as to why Kelly would take that as a sign that she loves him. Calling off your wedding and kissing another man is a strong sign, maybe the strongest sign. Kissing a teenager who clearly has a crush on you is bizarre behavior. You can’t fault the kid for getting the wrong idea, yet everyone does. But for the sake of our protagonist’s character arc, that rejection is the thing that finally causes Kelly to give up on childish things. Again, this whole story took up only 79 minutes. If this movie were seven minutes shorter, it wouldn’t even be a movie!

I’m not sure I should call it a movie anyway, because it looks like it’s a pilot for a TV show on one of those channels you don’t know exists but skim past on your way to finding NBA League Pass, C-SPAN, or pornography. The filmmakers behind this one have gone on to do a whole lot of not much since. They haven’t even befriended the Farrelly Brothers yet.

Rating: MUST WATCH (if you love Amy Smart)

By Season 3 of Project Greenlight, it must have been clear that the formula was not working. The show moved from HBO to Bravo and ditched the “kids/nostalgia/troubled parents” thing for a horror film from John Gulager. Feast is a pleasantly dumb film about ravenous, constantly procreating beasts attacking a bar full of thinly drawn archetypes. It’s scaled-down, modest horror that looks cheap and isn’t embarrassed about it. After three hours of maudlin dramedy, I was more than ready to watch a parade of character actors (Judah Friedlander, Jason Mewes, Balthazar Getty, Henry Rollins) get eaten by monsters.

This is the kind of movie in which a character screams, “It’s gonna eat us!” and the appropriate reaction is “Hell yeah, it is!” It’s pure exploitation filmmaking, which was the engine that drove much of independent cinema until the major studios turned that infrastructure into a prestige machine that cranks out Oscar bait every fall.

What the first run of Project Greenlight seemed to miss was the soul of low-budget filmmaking; the rebellion, the transgression, and the emphasis on genre. It should be no surprise that Feast became the biggest hit of the first three Project Greenlight movies after it found an audience on DVD and spawned two sequels. I hope that this new version of the show learns the lessons of Feast and taps into the anarchy that typifies the true independent spirit.