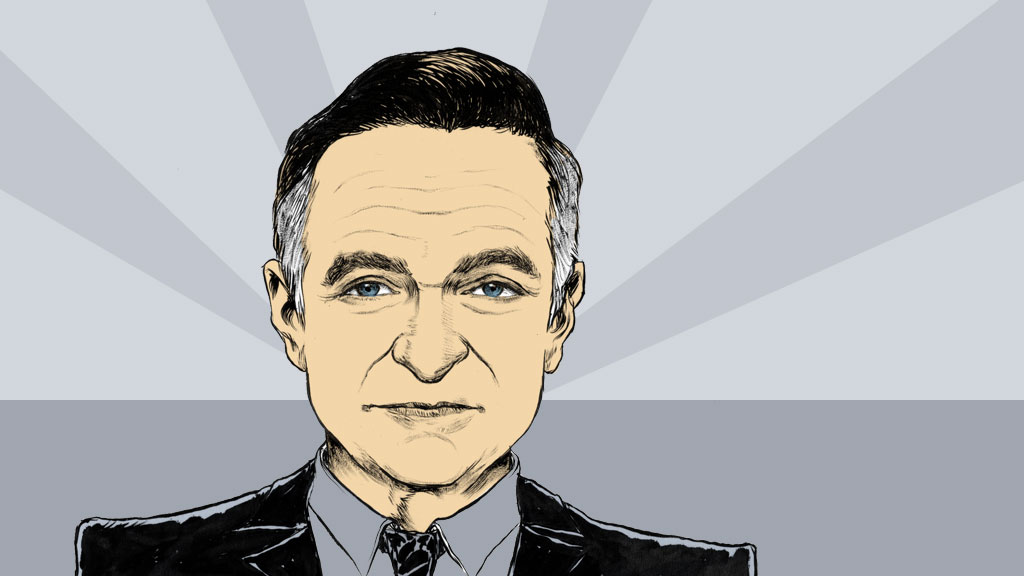 Sometime in 1986 or ’87, my friend Erik Maulbetsch slipped me a cassette dub of Robin Williams’s A Night at the Met — on an unlabeled tape, to protect both of us in the event that it was discovered — and I started learning to curse. I already knew the major profanities, but I didn’t yet understand how they could be a kind of music. Williams taught me how to motherfucking conjugate these words, to use them in a goddamn sentence. One summer and countless bus-ride replays later, the references to Adnan Khashoggi and Omar Sharif and Mean Streets were as opaque to me as they’d ever been. But I’d learned a lot about the proper handling of words I still use every day, particularly in traffic.

The Grammy-winning Night at the Met was Williams’s third comedy album. He recorded it 28 years ago this month, during a two-night stand at New York’s Metropolitan Opera House, a setting whose unlikeliness Williams couldn’t resist milking. “Wonder if Pavarotti’s at the Improv,” he mused, “going, ‘Two Jews walk into a bar.'” That’s in the first two minutes, which are instructive. Williams does Pavarotti’s voice, and Robin Leach’s, quavers like a TV preacher, cracks a dad joke about the Lincoln assassination, imagines an enthusiastic member of his audience yelling, “Sing that thing, baby! Knock it out, baby!” at Plácido Domingo, and even sings a little bit of “The Wells Fargo Wagon” from The Music Man in a Domingo accent.

He does everything but play the cymbals with his knees, and he’s just limbering up. To hear this recording now is to be reminded of why Williams was thought of as such a thrilling live performer, and also of how exhausting the live Williams experience could actually be — the Yosemite Sam–with-his-ass-on-fire energy, the pileup of boomer-bricolage pop references, the overreliance on a utility belt’s worth of allegedly funny voices. And yes, A Night at the Met is a stand-up comedy album from the 1980s on which a man in a Hawaiian shirt tells jokes about Reagan and Dr. Ruth, which is not a subcategory of entertainment known for its timelessness. But Williams’s aversion to dead air feels particularly uncool in a comedy-in-2014 context, because it seems so rooted in hunger — from a need to be liked, to Always Be Delighting, as if the crowd that has just given him a 30-second ovation might suddenly get up and leave.

As the man himself might have said, of course it fucking was. Williams was an addict and an alcoholic as well as a comedian, and you don’t find a lot of un-needy people in the sweet spot of that Venn diagram. Williams died Monday, having apparently taken his own life, which means that from now on it’ll be almost impossible not to look at him through this lens. It’ll be easier to remember him as a man in pain. Which is ironic, because Williams was never really a confessional comic — even when he talked about substances and sobriety at the Met shows or riffed on his open-heart surgery on his 2009 special Weapons of Self Destruction, there was always a remove. It was always a bit. With the notable exception of his friend and contemporary Richard Pryor, comics of Williams’s generation didn’t sort through their shit onstage. In a 1992 Playboy interview, he admitted that the idea of going there in front of a room full of strangers made him nervous: “Sometimes you … find the right group of people and you’ll just talk about shit that will amaze you,” he said. “But you should be careful, because you might start talking about something you’re not ready to deal with. I kind of watch over that. Some issues are deeply personal. I get near them and think, I’m not ready to deal with that yet.”

I read that yesterday afternoon, immediately after revisiting Williams’s appearance on Marc Maron’s podcast, in which he’s soft-spoken and soulful and matter-of-fact about succumbing to the siren call of a tiny airplane bottle of Jack Daniel’s during a long, lonely film shoot in Alaska in 2004, a slip that led to a full relapse that cost him his second marriage and maybe his life. At a moment like this, “what if” is a mug’s game and the notion that artists can save themselves through work is an insult — but what if Williams had felt freer to go to that personal, purgative place onstage, the way Pryor often did, the way contemporary comics like Maron and Maria Bamford do, compulsively and obsessively? If he’d let us come along, wouldn’t we as an audience have followed him into the dark? Would we still be having this conversation? I feel like I’m disrespecting his struggle just by thinking about this, and yet I can’t not. And I haven’t played the rest of Night at the Met yet, even though the whole thing is on YouTube. Remembering it as the transgressive tour de force I thought it was at 10 is way too important now.

The movies gave him too many opportunities to be delightful. He was a magical entertainer who seemed unable to resist playing magical entertainers on film — I’m thinking of the dire Patch Adams but also of the far better regarded Good Morning, Vietnam and Dead Poets Society, essentially just classy delivery systems for Williams’s twinkly-anarchist shtick. It’s tempting to write off his charm-offensive ’90s run as a creative low point. But Chris Columbus’s 1993 divorced-dad comedy, Mrs. Doubtfire — still Williams’s highest-grossing movie that isn’t Night at the Museum — takes on unexpected weight when you consider where it falls in Williams’s own painful marital history; it’s Williams’s version of the gleaming sculptures of children’s toys that Jeff Koons began producing when a protracted custody battle separated him from his son.

Dropping all his tics (minus a risible Boston accent) as Matt Damon’s sad-sack shrink in Gus Van Sant’s Good Will Hunting won him a well-deserved Oscar. The gentleness of that performance is of a piece, for me, with his superb appearance as a grieving husband and father in “Bop Gun,” from the second season of NBC’s Homicide: Life on the Street; in both cases, he’s playing quiet, tamped-down men and conveying a lot with tiny shifts of composure. “Bop Gun” ends outside a courtroom, with Melissa Leo’s Detective Howard telling Williams that his wife’s killer, who has just been sentenced, gave her a letter to give to him. “He really wanted you to have it,” Howard says; the way Williams says “Did he?” in response is a little master class in what an actor can do with two words.

Work like that was one way of stepping outside the “family-friendly goofball” box; heel-turn roles like the ones Williams took in Christopher Nolan’s Insomnia and Mark Romanek’s One Hour Photo were another way. But apart from that Homicide guest spot, the Williams performances I keep thinking about are two roles in which Williams’s melancholy streak and his tics were allowed to coexist, or maybe revealed as two sides of the same coin. In both Robert Altman’s Popeye — from 1980, Williams’s first starring role, a commercial debacle but also a bravely odd and frequently lovely experiment he commits to 100 percent — and Terry Gilliam’s 1991 drama The Fisher King, Williams plays men at the mercy of their internal monologues. Popeye yammers around his pipe like Elliott Gould mumbling through Altman’s The Long Goodbye, as if plagued by an inner narrator he can’t turn off; in Gilliam’s movie, Williams is a homeless widower whose struggle to overcome the guilt and pain from his wife’s death is complicated by recurring hallucinations of an Arthurian archfiend called the Red Knight, who shows up to derail him whenever he comes close to pulling it together. It’s always the accidental autobiographies that say the most.

I heard about Williams’s death around four o’clock Pacific time. Just before five o’clock I got into the car to pick up my daughter from school. I turned on the radio and joined Lynyrd Skynyrd’s “Free Bird” already in progress on the classic-rock station. When it was over, the DJ back-announced the title, as if anyone wouldn’t have known, and then noted that back in the day, Ronnie Van Zant used to send the song out to fallen Allman Brothers Duane Allman and Berry Oakley when Skynyrd played it live. “Today,” the DJ said, “I’m sending it out to Brother Robin. ’Cause, dude, you are now free.” I got a little choked up, and then immediately felt like a cheap date for getting choked up, and resented classic-rock radio for its limited vocabulary of encomium. Framing Williams as some defiant bird-they-couldn’t-change seemed gross, like a DON’T TREAD ON ME flag wrapped around a baby’s casket. Under the circumstances, the only farewell that made sense right then was a four-word tweet, posted 20 minutes after, from the account of Looper actor Noah Segan: “Fuck The Red Knight.” Goddamn right.

Filed Under: In Memoriam, The Fisher King, Good Will Hunting, Popeye, A Night at the Met, mrs. doubtfire, Homicide: Life on the Street, Insomnia, One Hour Photo, Remembering Robin Williams, Obituary