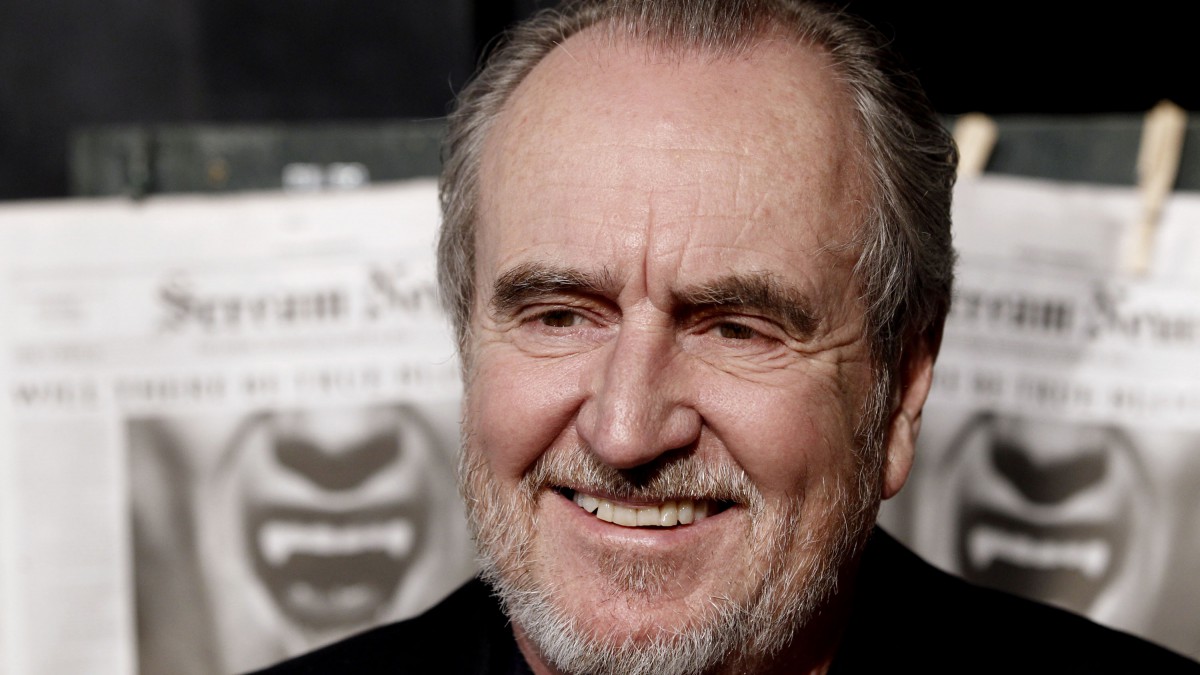 Horror trends tend to go in 10-year cycles. For three decades, Wes Craven — who died over the weekend, at 76, from brain cancer — rode the crest of each wave. He was there for the homicidal maniacs of the 1970s and the slasher boom of the 1980s. When popular culture went meta in the mid-’90s, Craven helped situate the horror movie at the center of a talky new “duh” glibness. He wasn’t protean or anything. His style got stronger as he went along, but he never became A Great Director. The Last House on the Left (1972) and The Hills Have Eyes (1977) have filmmaking the way some dogs have rabies. The acting in most of his films — even Music of the Heart, the one from 1999 with Meryl Streep, Angela Bassett, and Gloria Estefan — is what I always imagined comic-book characters would be like in a movie: exclamatory, theatrical, new-at-this. But Craven started as a college professor, sound editor, and porn director, and the movies seemed to come from some fertile intellectual place.

He didn’t get his first directing job — The Last House on the Left — until he was 32, and he pretty much gave it to himself. If the nuts and bolts of movie production weren’t his strong suit, the bigger picture was rarely lost on him. He became famous for exploring the terroristic nature of dreams, but he also liked the idea of intergenerational sin, particularly botched parenting and broken homes. And in that, he also seemed to understand the special, primal kick that horror gives the young. With him, terror was simultaneously random yet explicable. The two flower-power hippies go looking for some pre-concert pot in Last House and wind up tortured by insecurely sadistic escaped convicts who’ve stashed themselves in the Connecticut home of one of the girls. The parents do the math and get revenge.

Craven cited Ingmar Bergman’s 1960 The Virgin Spring as an influence; in it, a father avenges his daughter’s murder. That’s certainly there. But Craven was interpreting not just Bergman, but the revolution and craziness of the times — the double disillusionments of the Vietnam War and the Nixon presidency, the scandal and horror of the Manson murders. The Last House girls appeared to be on the cusp of so-called women’s lib. You didn’t leave this movie thinking you’d seen the next Bergman, but the filmmaking has the crude power to make you feel as though you’ve just watched a social tragedy. At his best, Craven could roughly channel certain fears of real life. He wasn’t trying to reinterpret Psycho the way Brian De Palma and John Carpenter were in their landmark creep shows in the 1970s. With A Nightmare on Elm Street, Craven was doing An Interpretation of Dreams.

I saw Elm Street at the home of one of my mother’s friends. There was a rented videocassette that I fed into the VCR and watched while my mother was in the kitchen, which had a swinging door. Craven was often battling the MPAA, but it wasn’t the R rating that my mother objected to. It was bogeyman stuff and the ensuing insomnia she’d have to put up with. I was probably 9, and I was tired for what felt like weeks. The movie’s hook was ingeniously navigable: You sleep, you die. But the killer, Freddy Krueger, was memorably into the slashing. He wasn’t anonymous like Jason and Michael Myers and their knockoffs. Freddy Krueger liked himself; he liked his bladed glove. A lot. Freddy was a former janitor striking back against the children of the adults who murderously persecuted him. Robert Englund played the part with zero bitterness and maximal showbiz, like the Sammy Davis Jr. of the Brothers Grimm.

The right age for horror is also the wrong age. I learned that I liked being scared from Elm Street and its second (and best) sequel, Dream Warriors, from 1987, which Chuck Russell directed and cowrote, with writing credits also going to Craven, Bruce Wagner, and Frank Darabont. (It was the Empire Strikes Back of the series.) I spent my tween years chasing the high of terrifying imagery, something that approximated Freddy’s lasciviousness and surrealism. I rarely found it in horror, which by the late 1980s and early 1990s had moved all the way into self-parody, and eventually Craven’s phantasmagorias drifted with it. He made 1988’s The Serpent and the Rainbow, in which Bill Pullman goes to Haiti looking for a zombification potion and gets buried alive. It was an earnest attempt to conflate the hallucinatory with real life, but Craven was as guilty of blindly parading black-magic Negroes as was Alan Parker’s voodoo-tastic sex thriller Angel Heart from the previous year. He didn’t write The Serpent and the Rainbow, but the seriocomic tone feels natural to him. You can see a director going for something more than schlock only to realize he might not be capable of getting too far beyond it.

Shocker, from the following year, was a return to bogeyman horror. A serial killer (Mitch Pileggi) is put to death but refuses to die, and it’s up to his illegitimate, football-star son (Peter Berg) to stop him. At the time, I can remember wanting but failing to find this terrifying. Pileggi is trying to top Englund, but he was too handsome and one-dimensional to be scary. Craven had become the face of a kind of conventional, reliable horror, and suddenly it was as if he were competing with the Joe Dantes and Sam Raimis of the world, straining for weirdness. But this was a someone who’d previously had no real competition and now seemed to be biting his own hand.

That, of course, made him ideally suited to the Scream franchise. The Scream movies are remembered first as Craven’s brainchild. When the first one came out in 1996, the back of any VHS box would tell you that Craven was the Master of Horror. Really, though, they’re Kevin Williamson’s movies, whose glib meta-tainments were where popular culture was headed back then (he wrote 75 percent of the series). Young people knew everything in those movies — what was real, what was worth feeling, what was worth your money. Williamson’s television shows (Dawson’s Creek among them) and horror movies just consecrated the certitude by steeping it in the pop hyperliteracy that, from Pulp Fiction to Clueless, was becoming ubiquitous at the time. (The narcissistic grandiosity of the average Ryan Murphy production might not be possible without the Williamson-Craven combo.)

Scream was self-critical horror, laying out its slasher-movie rules in order to break them. I went to see it, skeptically, on a winter break from college, just as it had become a thing. Williamson takes a lot of shortcuts, but I remember leaving amused by the ridiculousness. By 2000’s third installment, which Ehren Kruger wrote (his name is so apt for Craven it seemed like a joke), the nuttiness was still fun — but there was an insanely ruthless realm these movies weren’t actually reaching, and it seemed fair to think that Craven, who was 71 when the fourth was released, had become an obstruction. (Quentin Tarantino wondered as much in a Q&A with New York magazine published last week.)

Craven had done meta-horror first, in 1994, with New Nightmare, and inspired exuberant Freddy imitators, like Chucky, the goodfella doll in Child’s Play. The Scream fun house seemed beneath and beyond him, yet very much in his comfort zone. He knew how to arrange the mirrors. But Craven had stepped away from his element with those movies. These were works of airlessness and polish by a director whose natural strengths as a horror master are blunt social reality. In 1991, Craven wrote and directed the off-trend The People Under the Stairs, basically about a poor black family and an evil white landlord and his house full of undead kids. It’s stocked with stereotypes, but there was Craven’s crudeness again trying to explore some version of humanness that he seemed to suspect had gone missing from the movies. He was on to something. More than two decades have passed, and it hasn’t come back.

‘Concussion’ Protocol: Director Peter Landesman on the NFL, Will Smith, and How to Love Football Now

'Bachelor in Paradise': Samantha Turns on Joe and Ashley I. Books a Night in the Fantasy Suite