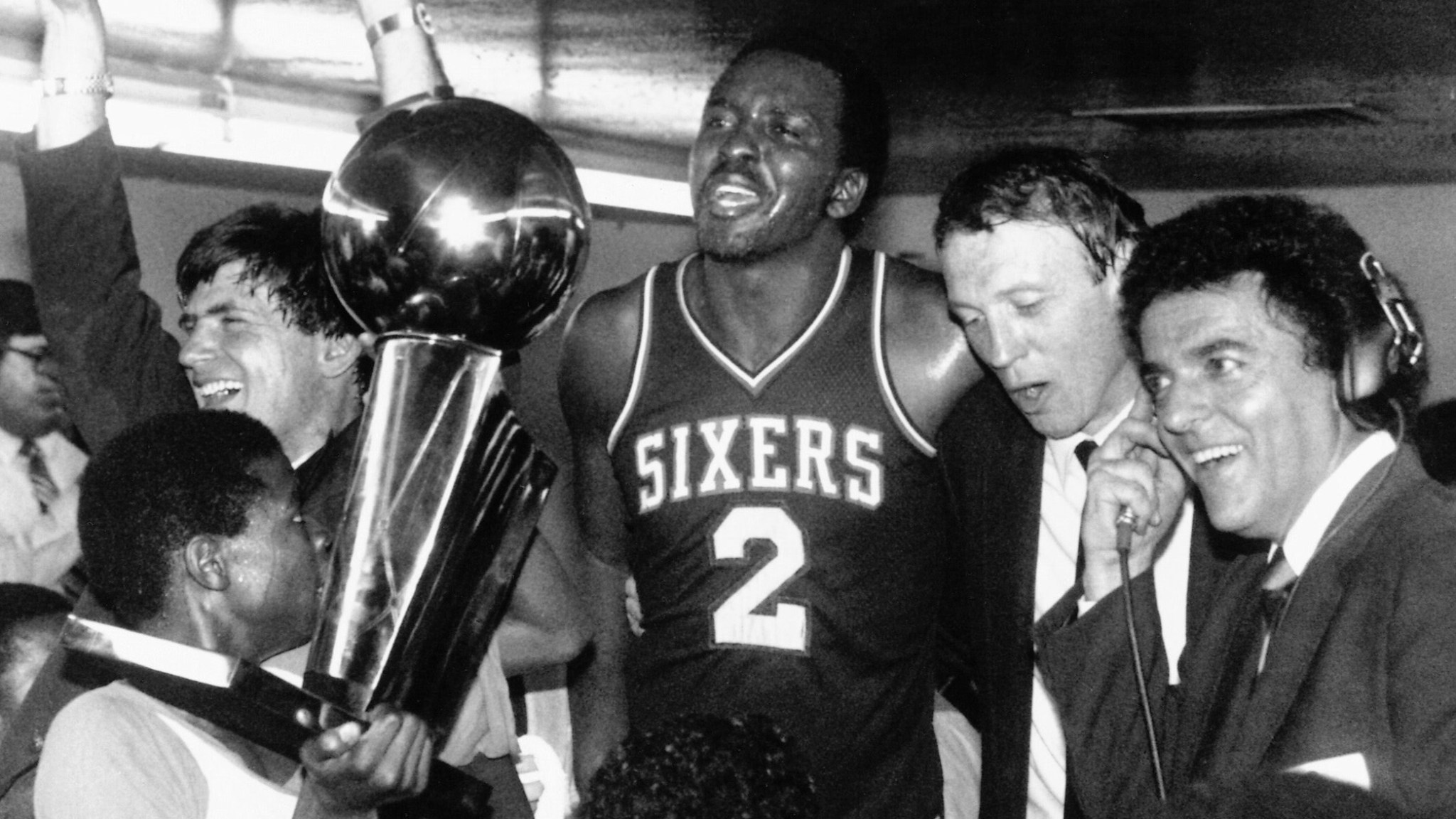 Moses Malone died at the age of 60. This is sad and odd for lots of reasons, one being that Moses Malone already looked 60 when he was only 33. He was preternaturally mature, both in appearance and demeanor. He mumbled when he spoke and sometimes seemed to move in glacial slow motion, up until the moment a basketball careened off the rim and became available for public consumption. Then he became perfect.

Malone was the greatest rebounder of the modern era (a counterargument could be made for Dennis Rodman, but that argument would be wrong). His brilliance was grounded in the simplicity of his approach, deftly explained to Frank Deford in 1979: “Basically, I just goes to the rack.” There has never been a better seminar on the art of rebounding. He wasted no motion and expressed no ulterior agenda. Malone was a workaholic, so it would be unfair to claim his glass-eating to be somehow intuitive or instinctual or devoid of consciousness. He made himself into the person he was. But there was never a time when he could not do this one thing.

“The young Moses Malone had virtually no offensive moves other than a devastating ability to get the ball off the glass,” former Utah Stars coach Tom Nissalke says in the ABA oral history Loose Balls. “He was so lightning-quick and just seemed to know where a rebound was going. I saw a playoff game in his rookie season where he had 38 rebounds, 23 of them off the offensive glass.” Larry Brown classified him as the greatest offensive rebounder he’d ever seen, an opinion that has become universal (statistically, he’s the all-time leader). But Brown declared him to be so when Moses was still 18.

Malone entered the ABA with the Stars in 1974, the first ever player to go directly from high school to the pros. The financial necessity of this decision was obvious: His father left home when Moses was 18 months old, and his mom worked as a meat-packer. As a rookie, he was 6-foot-11 and built like a 9-iron — his teenage body bore no resemblance to the imposing workhorse he would eventually become. Due to the coincidental timing of their deaths, you might see a few comparisons between Malone and Darryl Dawkins, who passed three weeks ago. They were both physical prodigies who pioneered the jump from high school to the pros (Dawkins did so in ’75), and both peaked with the 76ers. But the differences outweigh the similarities. While Dawkins is remembered as a lovable goof who never reached his potential, Malone proved that some guys truly don’t need a college education. His rawness was temporary; his drop step and fadeaway were autodidactic. By the end of the 1970s, he’d usurped Kareem Abdul-Jabbar as the best center on earth, winning the league MVP trophy three times in five years. He took a 40-42 Houston Rockets squad to the NBA Finals in 1981, raising a few eyebrows by claiming he could beat the Celtics with four guys off the playgrounds of Petersburg, Virginia. Boston ended up winning the series in six, but Malone got his revenge soon enough: After a trade to Philadelphia in ’82, he tortured the Celtics (and everyone else), and essentially gift-wrapped a long-coveted title ring for Julius Erving.

Malone played a minor eternity — 21 seasons with nine franchises. He was still averaging a double-double as late as 1990 with the Hawks (although he came damn close again in ’92, as a nearly forgotten journeyman with the Bucks). He ended his career by heaving the ball 77 feet at the end of a quarter and draining a 3-pointer, much to the amusement of everyone involved. Last night he died in his sleep. Moses could finally stop working.