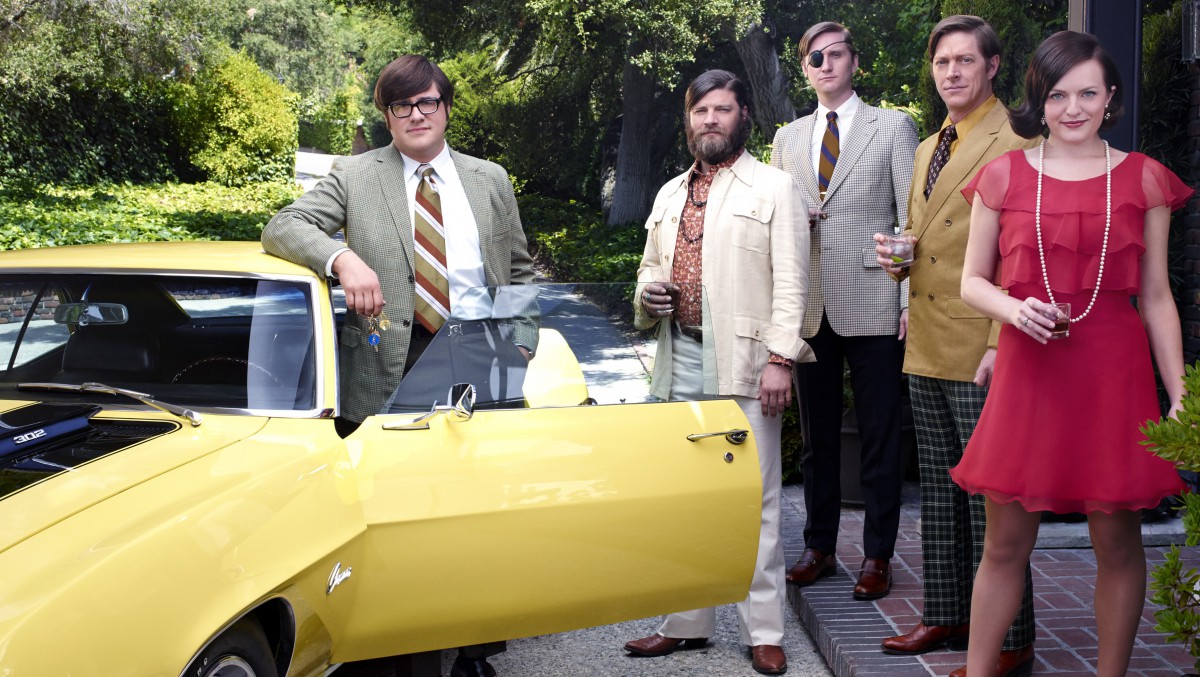 The last episode of Mad Men is over a day old, which means — in Internet time — it aired during the Korean War. All of the recaps have been filed and all the “Shakermaker” jokes have been logged, and the predictable question of “What did it all mean?” has been answered in all the predictable ways. But there’s one peripheral thing I want to note about Mad Men before it evaporates from the collective memory — something the show did exceptionally well (so well, in fact, that it made me reconsider all the other TV shows I’ve ever experienced). This specific aspect was an accidental success, as is so often the case with things on television that capture real life. But that lack of conscious effort doesn’t matter. What matters is that it happened, and that it happened on TV.

Prior to Sunday’s finale, AMC replayed the entire run of Mad Men in order, starting from its 2007 inception. When you rewatch the earliest episodes, it’s impossible not to dwell on all the details that now seem alien, and on one detail in particular: Throughout the first season, almost all of the characters are mean. Not sociopathic but casually cruel. Joan Holloway and Pete Campbell come across as terrible people. Don Draper (at least in the pilot) is a discomfiting combination of insecurity and arrogance. Roger Sterling is funny but rarely charming. All of the youngish men in the office are leering and obtuse. The only individual whose personality seems in line with the person we see in the seventh season is Peggy, which is a credit to Elisabeth Moss, since her character’s station in life changes more than that of anyone else on the show.

The sensation of consuming Mad Men’s first season is totally different from that of consuming its last. And what’s so peculiar about this dissonance is the dialogue and the delivery: From the very beginning, all of the characters talk exactly as they would for the remainder of the series. It’s not that the Season 1 actors are performing specific acts that make no sense in retrospect; it’s just that they seem like bad people, in a way that feels like a contradiction. They’re behaving the same, but it comes across as completely different.

The answer, I suspect, has to do with the way television works over time. When we’re introduced to an ensemble cast, the characters are scattered across the entire spectrum of personality types. There are protagonists and antagonists, plus a handful of minor players who are primarily around to prop up those at the center of the story. If a show lasts only one season, most of those people remain precisely as they appear at the beginning (in Mad Men, for example, the version of Pete in the pilot is not dramatically different from the Pete who appears in the first season’s finale). But this is not the case if a series runs for many years. Television is the one medium where the people creating the show are — literally — making it up as they go along. As a result, characters may become vastly different people over time. In many cases, this is done reflexively, because a character has become too popular to remain a villain.1 But in an exceptionally sophisticated narrative, it happens by circumstance: A character does (or says) one thing that makes the viewer unable to hate them, even if that’s the central purpose they serve. And once that happens, the pendulum never swings back. If any character becomes deeply likable for a single moment, he (or she) stays likable forever.

Which is also how office relationships work in real life.

As I watched those initial episodes of Mad Men and re-experienced my introduction to characters who now seem impossibly familiar, I found myself thinking about the various places I’ve worked in my career — two newspapers, a magazine, a website. I found myself wishing I could somehow rewatch my first few weeks of employment at all of those places, during that primitive period when the coworkers I would come to know so well were still strangers. What would they seem like, if I did not already know them? Would our first interactions appear comfortable or adversarial? Would the “characters” in these assorted “programs” (in which I am always the default star) seem distant from the characters I know today? I suspect they would, and for the same reason Ken Cosgrove now seems unrecognizable as the man from Mad Men‘s pilot. Because what happens is this: Once you experience one profound moment with any coworker, that person is (suddenly) your ally forever. Maybe you share a heavy night of drinking and truth-telling, or she spontaneously defends your idea at a crucial moment, or you realize you both despise the same boss, or you almost kiss at the Christmas party. The specific circumstances are irrelevant — from that point on, nothing is ever the same (and nothing swings back). A mean, hateful person becomes a funny, sarcastic person. Someone who seems untrustworthy now scans as clever. An airhead suddenly becomes sincere and guileless. The aloof jerk is now quietly hilarious. Of course, nobody really changed here; you just like them now. But your new perspective is no less accurate than whatever you believed before.

A few years back (I think it was during Season 4), there was a brief, not-very-important scene in which Pete Campbell, Ken Cosgrove, and Harry Crane have lunch at a steakhouse. Harry leaves the table to use the phone. Cosgrove takes the opportunity to confront Pete — it seems Pete has been criticizing Cosgrove behind his back, and the gossip has gotten back to Ken. Defending himself, Pete blames Harry Crane and insists that all the barbs directed at Cosgrove were actually sentiments that Crane himself had expressed. “You know how he is,” says Pete. Cosgrove’s response is essentially: Yes, I do know how Harry Crane is. Which is why I wouldn’t care if it was Harry who said that shit. I care because I believe you said those things, and that’s a totally different ballgame.

Here again, we see the twisted reality of office life, depicted effortlessly. Harry Crane is allowed to say whatever he wants, because that is his established nature. He is a sad person. But not a person Pete and Ken wouldn’t have lunch with, because — at least in the office — that sad person is still their friend. His regrettable personality has been accepted, so he gets to be that person all the time. And when you work in close proximity with people you’d never have encountered otherwise, that’s just how life operates. Remember how upset certain viewers were when Joan slept with someone from Jaguar in order to become a partner? “Joan would never do that,” they insisted. But here’s the rub: (1) As an unreal person, Joan does whatever the script says she’s supposed to do, and (2) The unreal person of Joan would do exactly what she did in that particular episode. If you question that, simply go back and rewatch the first season. Her actions with the man from Jaguar will not seem remotely bewildering. Still, we forget that this is how Joan was (and is). We forget that the people we love aren’t always reasonable and idealistic and good. Which, weirdly, is proof that we really do love them.