Losing Yourself All Over Again 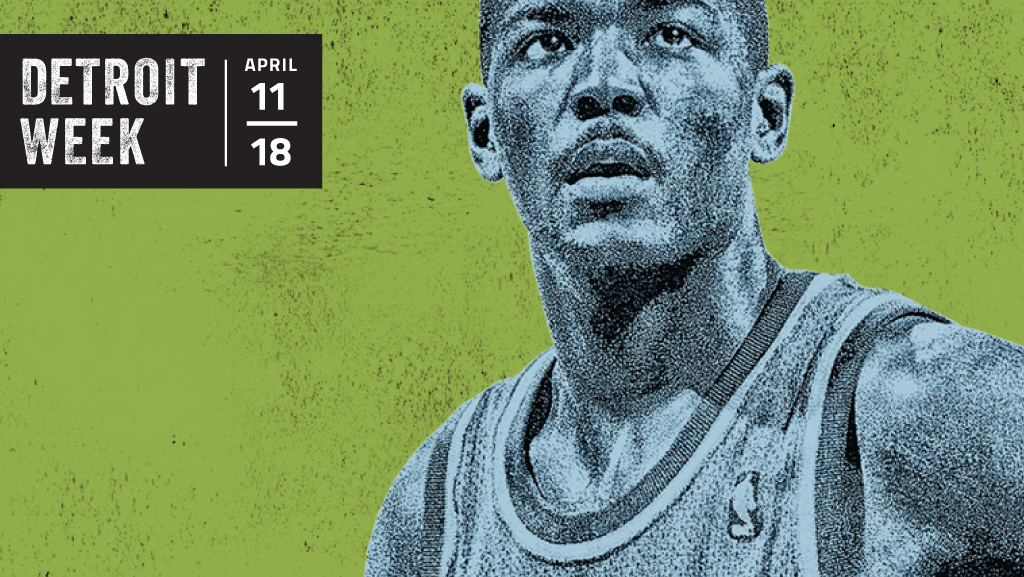 Tonight on ESPN there’s a 30 for 30 documentary about the Bad Boy Detroit Pistons. I would recommend this program to almost anyone. Now, that I’m writing this sentiment on a website owned by ESPN slightly detracts from how seriously people will take that recommendation, and I suppose it would be far more shocking if I told people to ignore it. But you’ll just have to trust me. Bad Boys is quite good. It’s not the best documentary I saw this week, because I also saw The Unknown Known. Yet both of these divergent films do something that’s worth anyone’s time, regardless of how you feel about basketball or the Iraq War: They both illustrate the inconvenience of factual history, particularly when compared to the comfort of memory.

In my mind, the Pistons are the fourth-most meaningful team from the NBA’s 14-year1 apex of popularity. The Los Angeles Lakers were the most conventionally dynastic; the ’86 Boston Celtics were the finest autonomous team; the Chicago Bulls had the greatest player and the highest ceiling. These are the three franchises that define that period. In my mind, the Pistons serve as a curious stopgap between championship campaigns that somehow mattered more. They do not seem canonical. Yes, they had a great backcourt and a lot of unorthodox depth. James Edwards was mystifying. Vinnie Johnson was inimitable. Dennis Rodman was himself. It was a fun roster to think about. But the Pistons were uncouth and unpolished, and they couldn’t beat elite teams if they couldn’t pound them into the floor. (Detroit didn’t usurp Boston or L.A. until both had been weakened by time, and they acquiesced to the Bulls the moment Chicago learned how to absorb punishment.) Compared with their rivals, the Pistons did not appear to be extraordinarily skilled; you would never bring your rock to the playground and pretend you were Rick Mahorn. At the height of their powers, I believed the Pistons were actively making the NBA worse (and slightly unwatchable). And I still don’t think I can convince myself to feel otherwise, even though I’ve just watched Bad Boys and cannot deny that the things I remember aren’t really true.

The Pistons changed basketball in a way those other championship franchises did not. What they did to the pro game is akin to what the Big East did at the college level: By introducing a style so much more physical than anyone had ever anticipated, they forced the rest of the world to reconsider how the rules of basketball needed to be understood and enforced. They became the first Stern-era team to dominate through defense, in a time when most basketball fans still believed NBA defense did not exist at all. They won two titles but deserved three (and maybe four). They reversed the 1980s. And viewed in retrospect, the explanation for why this happened is weirdly obvious: In truth, the Pistons were extraordinarily skilled. Isiah Thomas was more skilled than Magic Johnson. Magic was seven inches taller and 35 pounds heavier, and the impossibility of those dimensions make him the greatest point guard of all time. But Thomas had more hand-on-ball talent; he had a better stroke and a better handle. At his absolute peak, he performed at a higher level. Considering the magnitude and the circumstances, Isiah’s 25-point third quarter in the ’88 Finals is arguably the best any human has ever played the game of basketball, in large part because he was playing on one ankle. And while people still remember that 25-point quarter, the memory is not as positive as it should be. It’s now a footnote to everything else people recall about Isiah Thomas, in part because the Pistons lost, but mostly because so many people now hate him.

Supposedly, Thomas does not care about this hatred. That’s the omnipresent message stressed throughout Bad Boys: The team enjoyed being despised and used it as fuel. As personalities, they all seem relatively unchanged, at least superficially. It’s impossible to watch these interviews without instantly remembering what a loathsome individual Bill Laimbeer was and is. I can’t think of an NBA player I ever liked less. (In some ways, he’s a lot like Donald Rumsfeld — “aggressively unapologetic,” if such a state of being exists.) But here again, I question my own consciousness. Laimbeer was an excellent perimeter shooter and an outstanding rebounder. (He led the league in 1986.) He was a good player with a good sense of humor, and he succeeded with limited athleticism. He was good for the game. It will just never seem that way, except when I’m literally watching proof.

That, I suppose, is the unspoken purpose behind all these throwback 30 for 30 projects: the value of proof. Everyone who loves sports loves to remember the events we watched on TV, and the actuality of what happened is never that important to the experience of conversational nostalgia. But those actualities matter to history, or at least to people who care about how history actually happened. For 25 years, I assumed the Pistons traded Adrian Dantley for Mark Aguirre because Aguirre was Thomas’s best friend; judging from his interview in this documentary, Dantley continues to believe this rumor is fact. But I no longer believe that, just as I no longer believe the Pistons were somehow inferior to the three teams our popular culture has decided to remember better. Because reality suggests otherwise, and it doesn’t care how I feel.