‘Concussion’ Protocol: Director Peter Landesman on the NFL, Will Smith, and How to Love Football Now

At first glance, Bennet Omalu was an unlikely crusader in the fight to make football safer. In her 2009 GQ story about the Nigerian neuropathologist, Jeanne Marie Laskas wrote that Omalu thought “football was rather a pointless game, a lot of big fat guys bashing into each other.” But it’s precisely because Omalu didn’t know the kind of fight he was picking that he was able to challenge the NFL after first identifying chronic traumatic encephalopathy in late 2002. It’s no stretch to say he changed the way people would view football forever.

Now, 13 years after he first found CTE in the brain of former Steeler Mike Webster, Omalu’s story is getting the theatrical treatment in the form of Concussion, a film written and directed by investigative journalist Peter Landesman and starring Will Smith. We sat down with Landesman to talk about how his background informed his desire to tell Omalu’s story, the future of football, and how this movie was made for Will Smith before Smith even knew it existed. 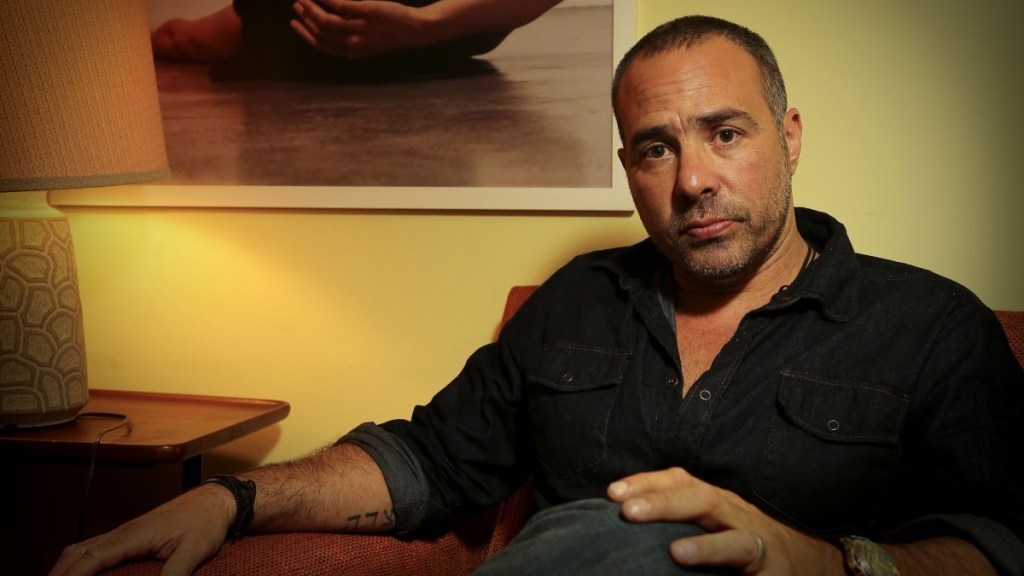 When did you first hear about CTE?

And from there, what was the process of learning about concussions and Dr. Omalu?

Look, I’m very well informed, as a former journalist and as a filmmaker, but I didn’t really hook into it as an issue that hangs in the zeitgeist and actually hangs in the national dialogue until I met Bennet Omalu. Nobody knows the degree to which he had to fight, and not just for the science. His life was really like a real-life thriller movie. Once I heard the travails he went through just to publish [his study], I realized that I was looking at a story that wasn’t just a story but was a major piece of entertainment. Not just popcorn. Not just something we wanted to watch. Something we had to watch. That was about four years ago.

As an investigative reporter, what piece of information or moment shocked you the most?

After Bennet published his findings, the NFL’s first response was to accuse him of fraud and threaten him with grave professional ramifications if he didn’t take it back and basically say that he made it all up. It’s an extraordinary piece of professional thuggery.

Where do you start? With Jeanne Marie Laskas? Alan Schwarz’s reporting?

The first thing I did is really drill down into Bennet. When I met him, it was only going to be Will Smith. I wrote this movie for Will Smith before Will even knew it. I never considered anybody else. And I had his voice in my head while I was writing.

That’s interesting, because it seems from the trailer — I obviously haven’t seen the film — that you’re trying to tell an American story from the perspective of an outsider. But Will Smith has such a huge profile in America.

Can I tell you something? If someone were to ask me personally after two glasses of wine what this movie is about, it’s about patriotism. Will Smith plays an immigrant that comes in from a different country — and not just any country, from Nigeria — and he comes here to fail. And what does he do but discover a very fascinating and dangerous truth that lies at the very heart of the most American institution in modern United States history. Something that if he were to tell the truth about it would turn upside down not just what most Americans do on Sunday afternoons but what most of the world does on Super Bowl Sunday. What we think of entertainment, what we think of gladiator sport, what we think of family time around the television — [he’s a] nobody from Nigeria coming here to tell a truth about America that Americans don’t want to hear.

I guess that’s how you bridge the gap: having such an established, well-known movie star playing an outsider, marginalized character.

Hell yes. He was perfect for so many reasons, mostly because he was so willing and so able to throw himself into the role of a foreigner. We worked for months on his accent. We worked for months on his body language. And yet the thing he was doing was one of the core principles our country is based on. It’s what I mean when I say that when you sit in front of this movie, it’s the furthest thing from medicine.

It seems to me that on the one hand, you don’t want the story to be just about medicine. But on the other, you actually want to inform the public.

But at the same time, 50 million people didn’t watch that Frontline documentary. Do you worry at all about blowback?

I think the initial response will be shock. I think the NFL will be depressed. I think people who watch football might wonder. In terms of the consequences, the chips have to fall. An artist can’t worry that much about the consequences. You seize up. You can’t do your job.

It’s difficult for me, someone for whom football means so much and knows how that Frontline documentary made me feel. It’s almost a visceral reaction.

You’ll still be able to love the game. I promise you. This movie does not take down the game. I still love it, and I still watch it.

The Franzen of It All: 'Purity' and the Great American Novelist